Our first night in New York City on this recent trip was spent on the Upper East Side. We were there for the annual meeting of an Italian Renaissance studies society which my sweetie supports, and the event ended with wine and hors d’oeuvres but not a full meal. We have enjoyed several restaurants in the area in past years after this meeting: Bella Blu, Barbaresco, Caravaggio…but we always like to try something different when in town. And given we had reservations for another Italian restaurant the following evening, we wanted to go for a different cuisine for this night.

I had come across Sel et Poivre  (warning for autoplay background music at link) while looking for a place we could have a late meal nearby, and it seemed to fit the bill. Sel et Poivre is a classic French bistro, promising to offer “a taste of Paris on Lex” (as in Lexington Avenue, where the restaurant is located.) The restaurant first opened in 1989 and still packs in loyal, neighborhood diners nightly; when we arrived a little after 8pm on a Thursday night it was completely packed, which certainly seemed to be a good sign for the meal ahead.

Our reservation was for 8:30 and w were willing to wait, if necessary, but there was one table right at the front by the door we could take. It wasn’t the most comfortable, and quite cramped with a larger party seated next to us, but it did offer a view out onto the street outside which we wouldn’t get in the main back dining room. So we took it without complaint and began looking over their menu of classic French fare. 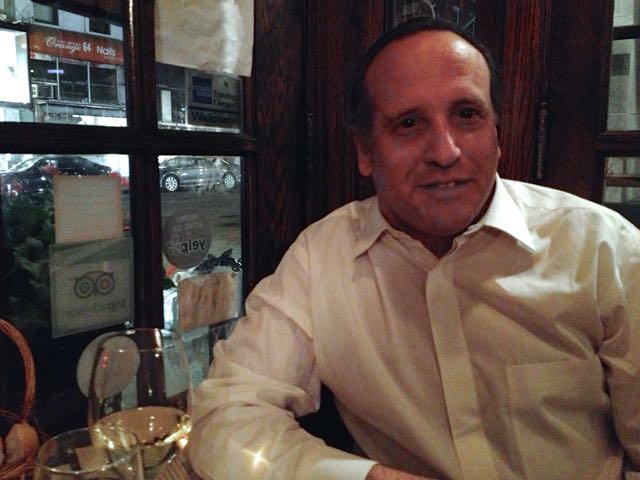 The menu certainly looked as though it could have come straight out of 1989, if not even years or even decades before: French onion soup, country duck pate, salad nicoise, duck a la orange, steak frites… all classic French dishes which could either come across as cliches by now, or remind us why they are such classics in the first place if done properly. We’d have to wait and see what the verdict would be here at Sel et Poivre.

Indeed, we ended up waiting quite a while. After placing and receiving our wine order (a very nice Sauterau Sancerre from their largely French wine list), our waiter seemed to disappear on us. Perhaps we were forgotten about in that cramped front corner? It was easily 10-15 minutes, if not longer, before he returned to take our food order, and we didn’t need that much time to decide. After that lull service was much more efficient, so perhaps the dining room was just in a service crunch at that time. 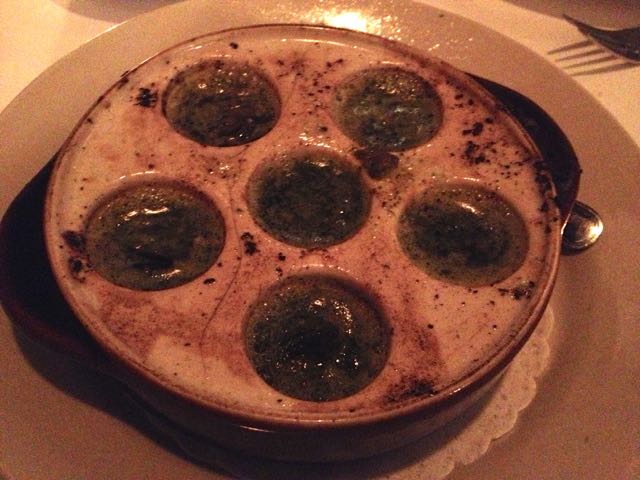 We decided to go with two classics for our appetizers: French onion soup for the sweetie, and escargot with garlic butter and herbs for myself.  The escargot were well prepared and delicious; piping hot out of the plate, with plenty of not-too-garlicy butter to mop up with some crusty French bread. 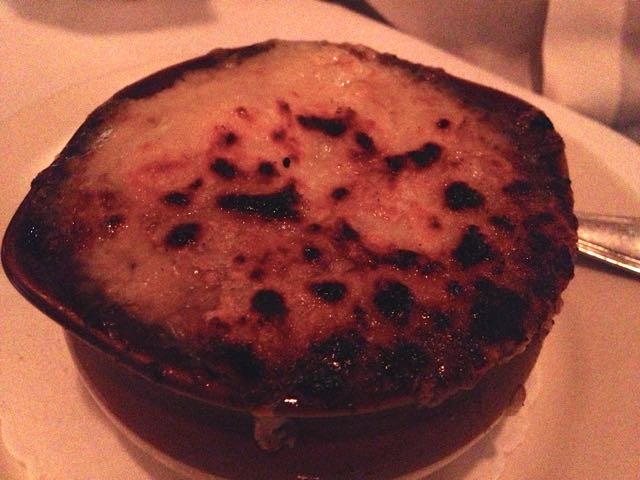 The French onion soup was satisfying as well, with a hearty broth and generous, browned cheese topping. I know the sweetie didn’t leave any in his bowl and I went back for several tastes.

For entrees, we both went with seafood selections from the menu, and personally I found them a little disappointing compared to our appetizers. Not bad, just not particularly memorable or outstanding. I had the wild striped bass with tomatoes, olives, artichokes and roasted fennel. It should have been a really flavorful combination, but somehow it tasted flat. Ironically, given the restaurant’s name translates to “salt and pepper” in English, seasoning was exactly what I felt the dish was lacking. Adding some salt at the table helped, and the fish had a perfect crisp skin, but it was not quite enough to make it a great plate. 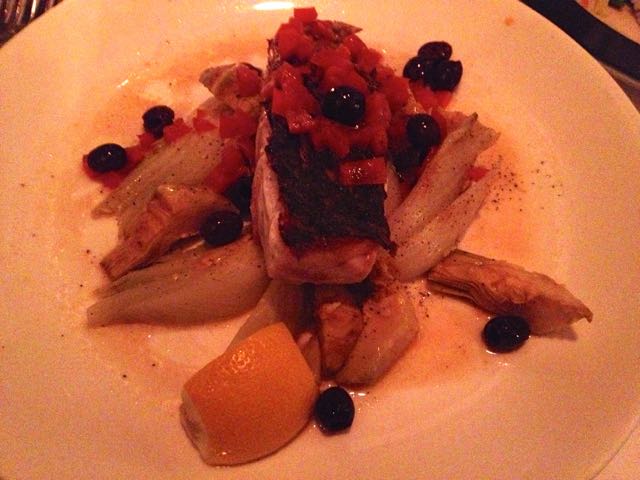 Sweetie had the skate with lemon, capers and basmati rice. The fish was delicate and flaky but again seemed to lack enough seasoning to elevate it. The big dome of rice and ribboned vegetables looked like a flashback to 80s dining for sure, but not really in a way that brought back fond memories. 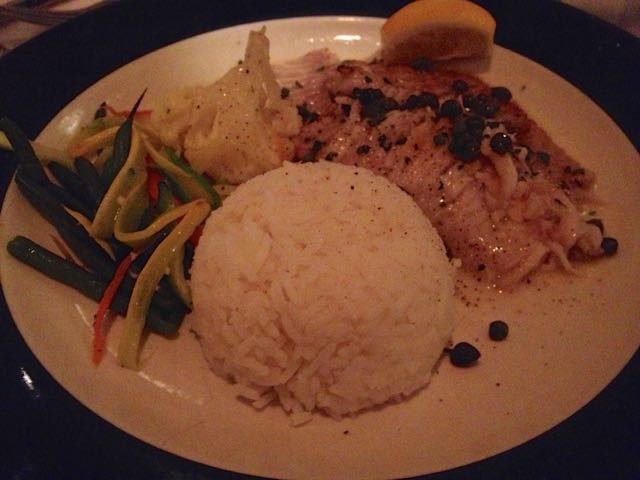 Skate with lemon and capers

Dessert definitely saved the evening for me. We shared the chocolate crepes which were absolutely perfect: decadent yet still light, a great dish to share and savor at the end of a meal. 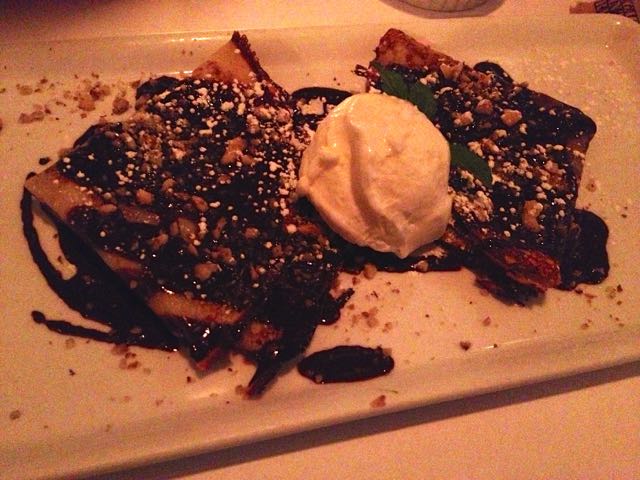 We lingered for a while over espresso as the dining room cleared out, save for a party of regulars at the bar enjoying a birthday celebration—and bemoaning the Rangers last-minute loss against the Capitals on the television. Sel et Poivre certainly feels like a homey place once the noise and crowds die down, one which has been going strong for decades by satisfying a loyal group of neighborhood residents. Even so, I wouldn’t necessarily consider it a destination to go out of one’s way to experience. It’s fine for what it is, perhaps, but perhaps a little modern touch toward plating and tastes could go a long way in elevating the experience.