What’s for dinner (and lunch)

Time for another big wrap-up post as I’ve been busy, on the road, and under the weather a lot the past two weeks. But there were definitely some home-cooking highlights I don’t want to forget about and want to be sure to make again in the future.

I mentioned in my last round-up post that I’m a new convert to shopping at the  Cherry Hill H-Mart for a lot of my produce, seafood and Asian cooking ingredients. So I stopped back in to stock up on the way to visit my mother for a few days, since it’s so hard to get some of these ingredients up her way! I am especially in love with the great quality head-on shrimp available at the H-Mart…and at an excellent price as well ($6 – 6.50/lb on recent visits).  We made several dishes from our favorite Stir Fry: Tasty Recipes for Every Day cookbook, including a delicate Lemongrass Shrimp with Baby Bok Choy, Eggplant with Hot Bean Sauce, and Curried Chicken Noodles. All of them were great, and really satisfying on some cold, snowy winter days. 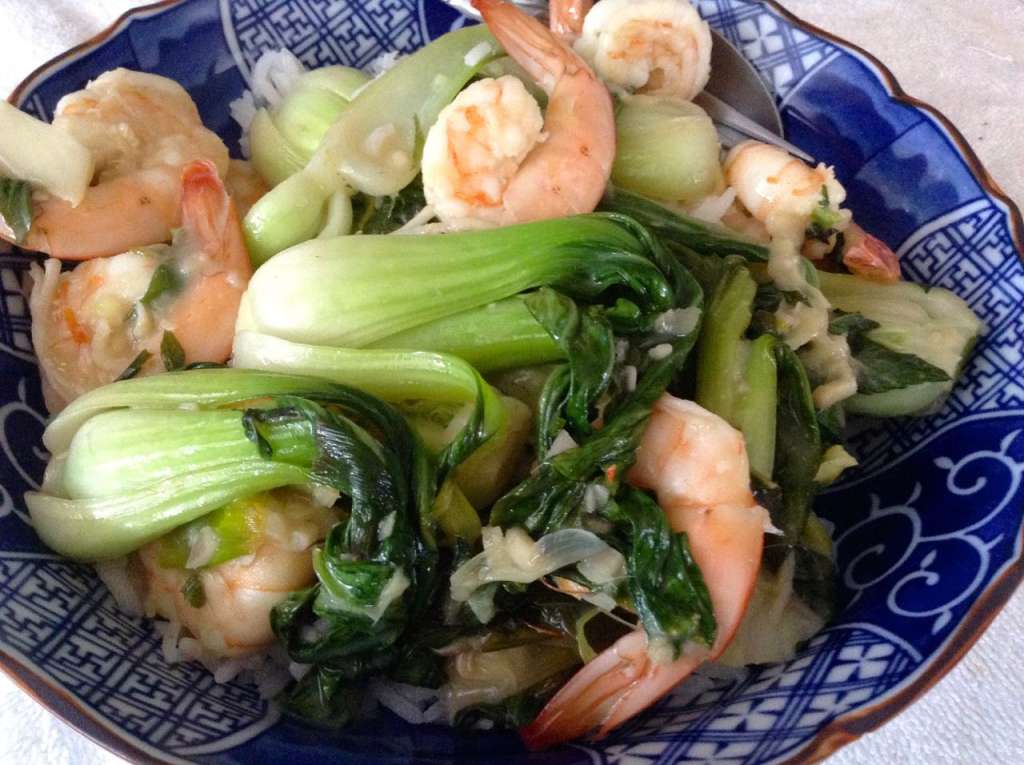 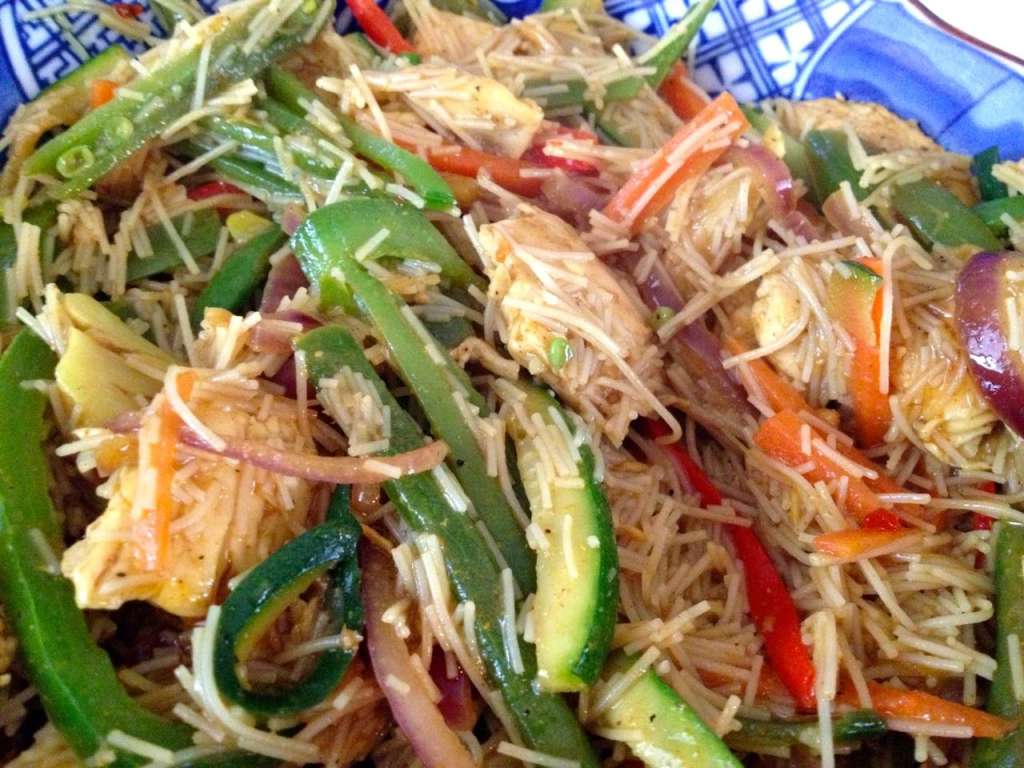 Getting home I still had some more veggies to use up – and more of those excellent shrimp. After saving the heads and tails to make some shrimp stock, I then used the shrimp themselves in a yaki soba, following the recipe from Helen Chen’s Easy Asian Noodles. This is another great cookbook for classic Asian stir-fries, noodle soups and salads, all of which are easy to make so long as you don’t mind chopping or in this case shredding a lot of vegetables. 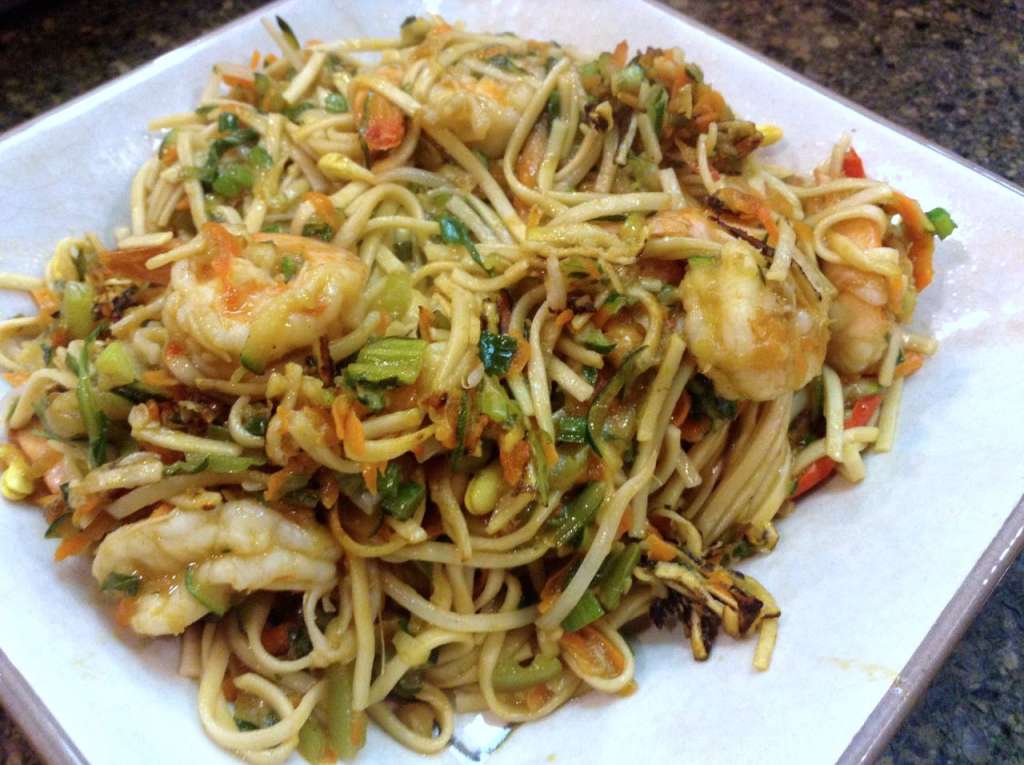 Of course I came home with a miserable head cold from having to shovel snow and take care of my mom’s chicken and turkeys in the cold for several days. While that means chicken soup for a lot of people, for me it means some super spicy Korean Kimchi Chigae. 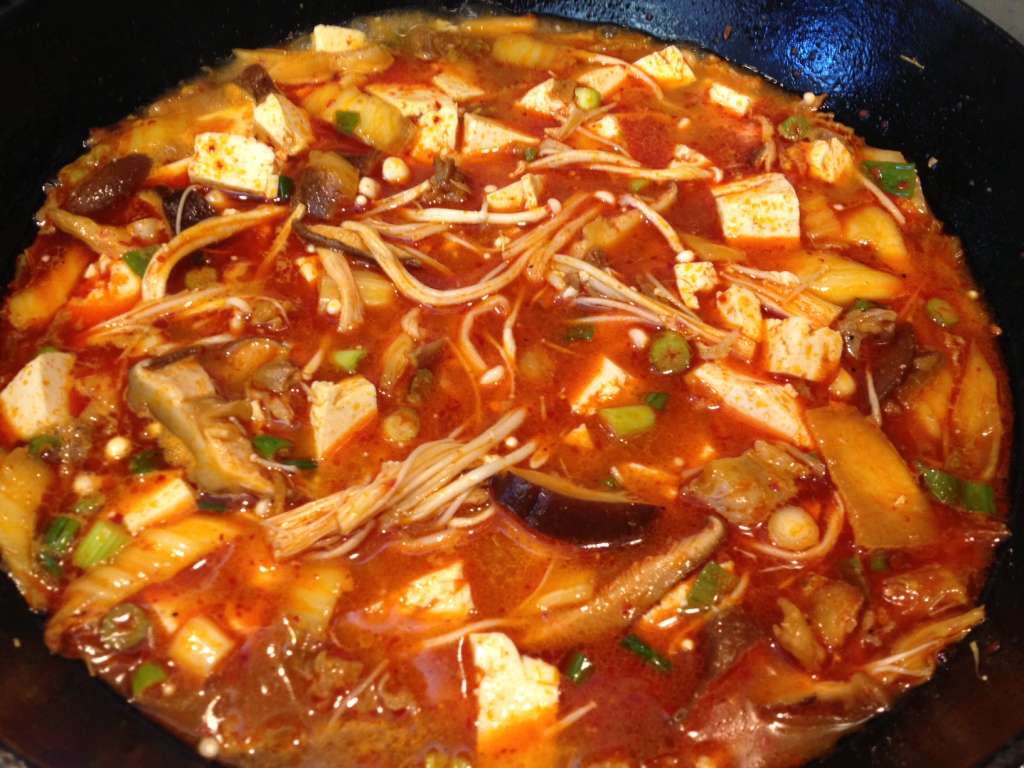 I made mine using some fresh pork stock I’d made with pork neck bones, shredding some of the meat from the bones into the broth along with a lot of enoki and shitake mushrooms, tofu, and enough kimchi and Korean red pepper to nearly make me pass out from the heat! But it did go down well and I was feeling better by the next day. I loosely followed a recipe from The Food and Cooking of Japan and Korea, a very thorough and thick cookbook which I’m just beginning to explore these days.

At this point, my sweetie was getting a little sick and tired of all of this Asian food…and even I needed a change of pace! I wanted to make a nice hearty casserole but shake things up from my typical Italian or Mexican-themed ones. Browsing through my beloved, huge, Pasta Cooking book by Jeni Wright, my attention was caught by a recipe for pastitsio, a Greek dish featuring ground lamb, tomatoes, noodles, eggs and yogurt. I’m not always or even generally a big fan of Greek flavors, but I was willing to give this a try. And I’m glad I did! 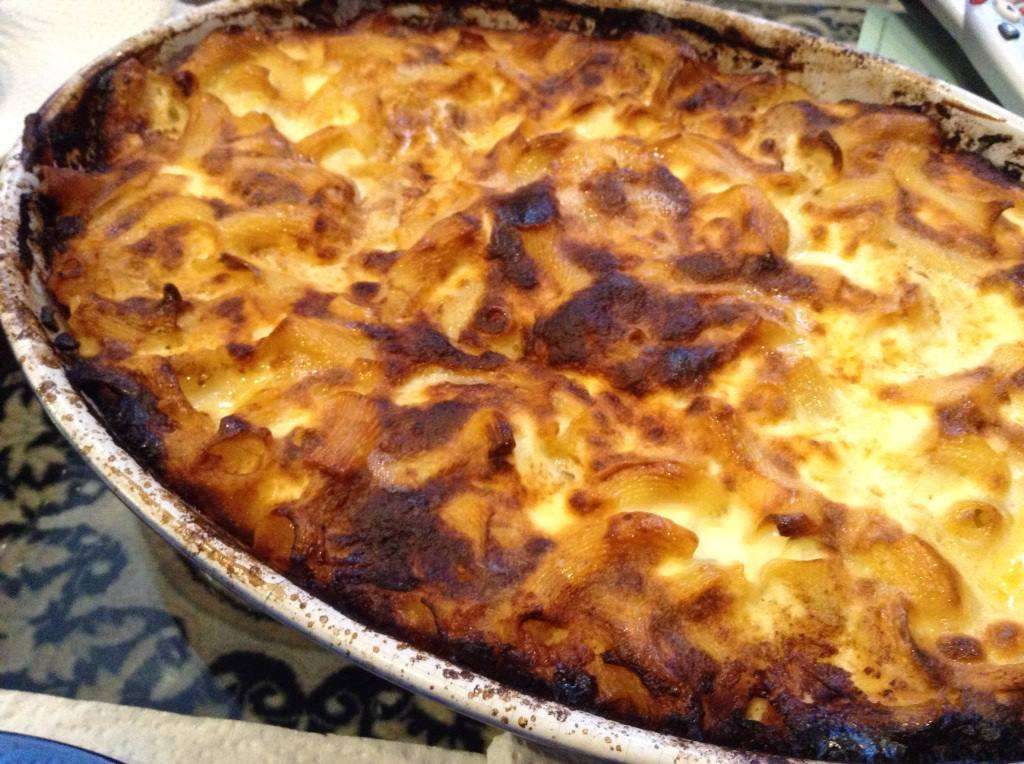 Pastitsio…maybe a little “over-browned” on the top but still delicious!

It was a nice, lighter alternative to, say, a hearty lasagna and didn’t require nearly as much time to put together. I liked how the topping only used a little bit of noodles and a lot of yogurt for a light, fluffy crust. I served it with just some sauteed peas and tomatoes on the side for some extra veggie and color on the plate.

I also wanted to try at least one recipe from one of my new Italian cookbooks, Sicilia in Cucina: The Flavors of Sicily. The Sweet-and-Sour Tuna Steaks with Onions looked really good, and easy for a Friday night meal. I was curious to see what the long curing with sugar, salt and spices would do to the tuna, which was then served with slow-cooked onions in a vinegar-heavy sauce. 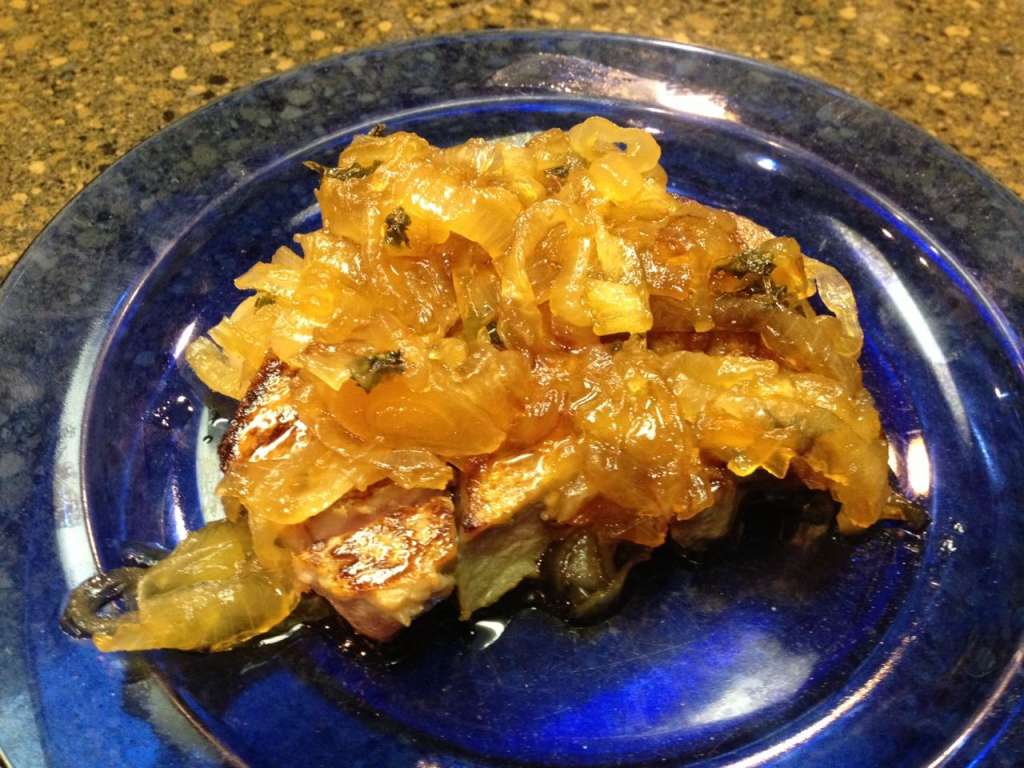 This was really unusual…and delicious! The sugar-cure definitely seemed to partially cook the tuna and give it a firmer, almost smoked texture and taste. The onions were a nice tart counterpoint. I served this with just a simple pasta on the side and it really felt (and tasted) like a meal straight from Italy. I can’t wait to try more recipes from this cookbook. The sweetie loved it as well and in fact said it was one of his favorite meals that I’ve made in recent memory.

So those were the highlights of the past week or so in my kitchen. Now, to see what I’ll be curious to cook up this week ahead!