What’s for dinner: A Week in Review

So, what’s been cooking lately? Here’s a round up of some interesting new dishes I tried, both from my cookbooks and from online recipes.

Still on a bit of a Ming Tsai kick, I tried another dish from his Simply Ming: One Pot Meals cookbook: Lion’s Head and Snow Cabbage with House Rice. I did use ground venison instead of the pork and beef combination called for as I wanted a lighter, healthier meatball. I did play also with the seasoning a bit and amp it up a bit from what was described in the recipe, probably because the venison is a gamier meat and I needed to play with the flavors a bit to my satisfaction. 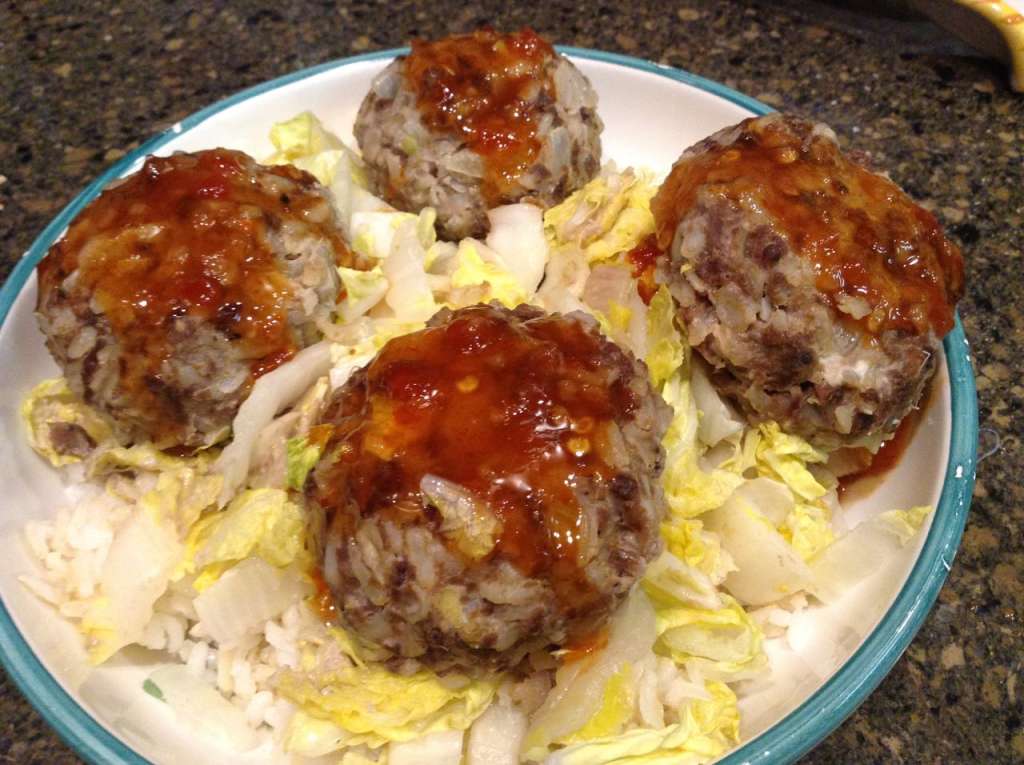 This did come out quite good and made a LOT of meatballs! So many, in fact, that I ended up using them as stuffing for some baked peppers for lunch over the past weekend.

The next night it was back to one of my favorite Asian cookbooks, The Shun Lee Cookbook. I know I’ve raved about how good the recipes in this book are before and the two new ones I tried this time around were no exception: Salmon Fillet with Scallions and Hot and Sour Cabbage. 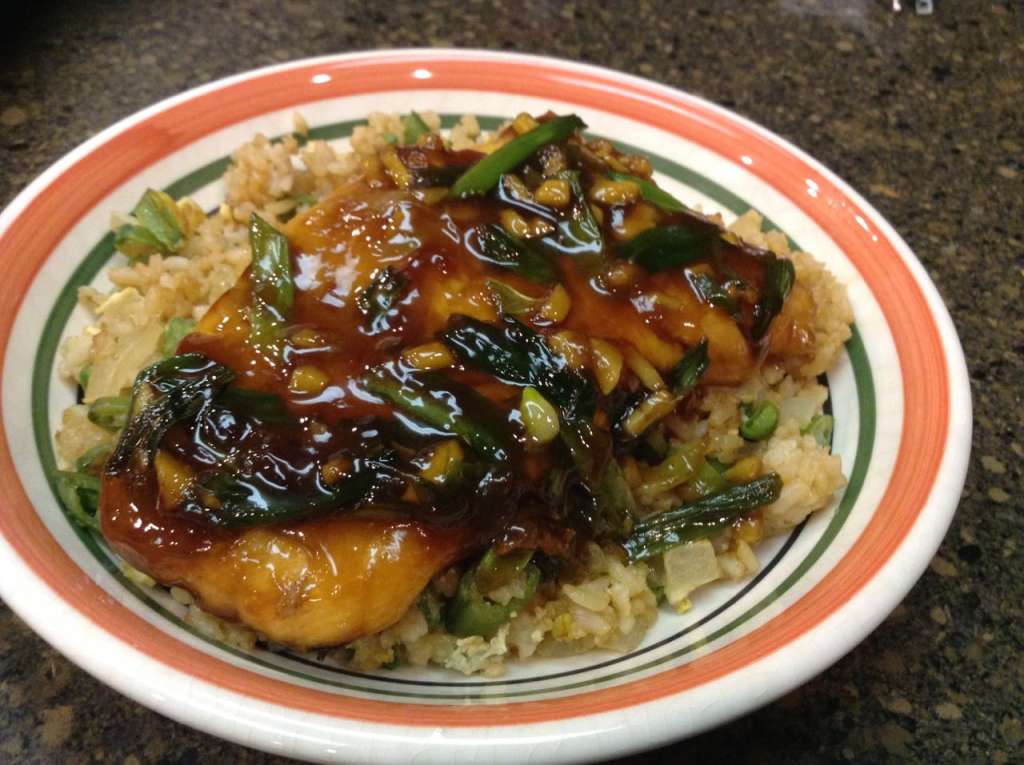 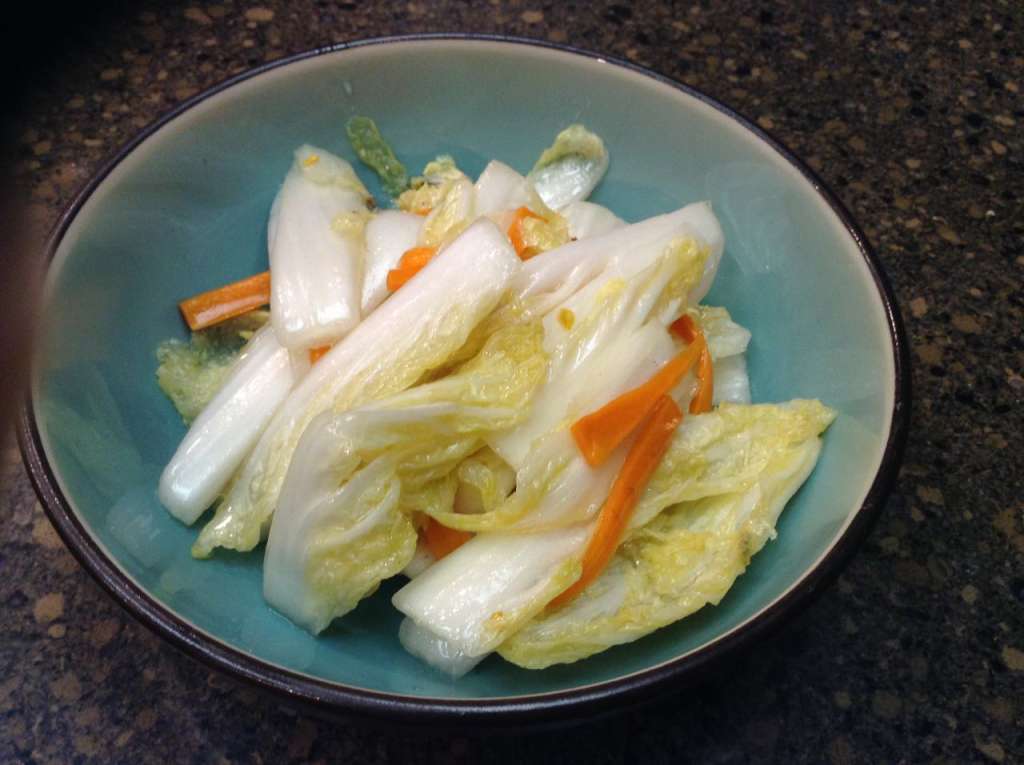 The salmon was like a perfect teriyaki: thick but not overly sticky, rich in flavor and great on top of some multi-grain rice. The cabbage was a perfect cool side dish: sweet, sour, spicy, served cold…I ended up making a huge batch of this and nibbled on it all weekend long.

It was a cold and snowy weekend as well, so I was really craving some serious comfort food. Sunday night that led to digging out an old childhood favorite recipe, one my grandmother used to prepare every so often and was always a big treat: James Beard’s Coq au Riesling over Noodles from Beard on Pasta. I’ve never tried making it before myself, but from the grease stains all over the pages in that cookbook I knew this had to be the recipe my grandmother always used in the past. 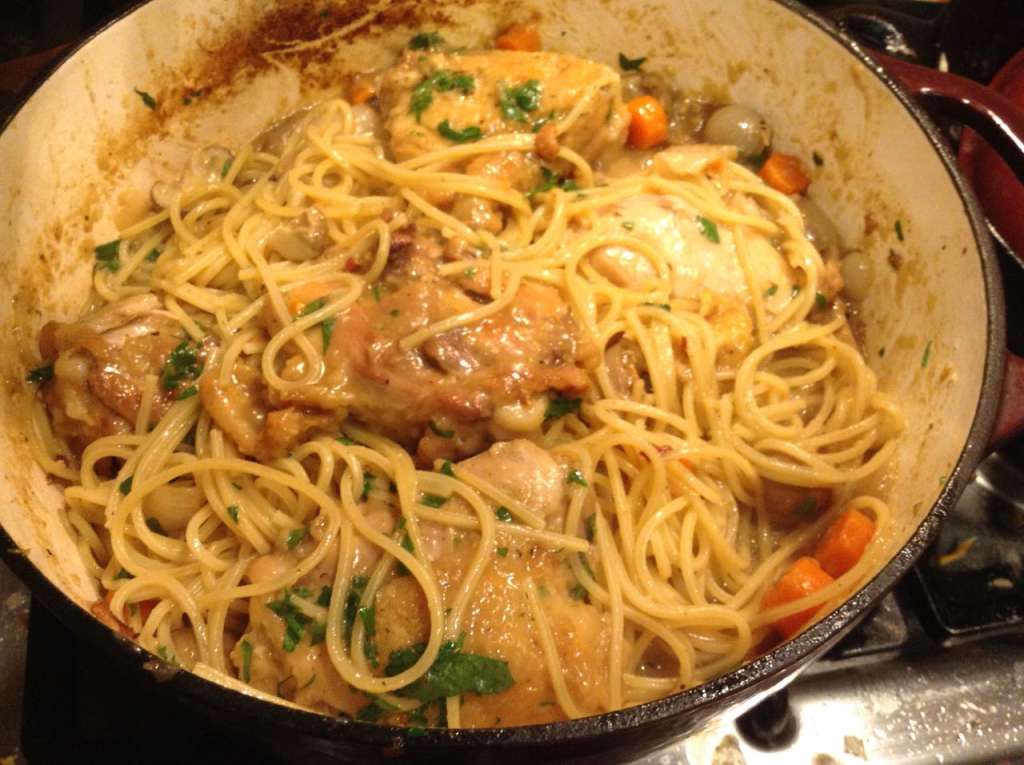 I was right, the flavor was exactly how I remembered it. So good! And it made so much food! Sweetie and I ended up having the leftovers for Monday night dinner, and I still had some left for lunch a day later.

Tuesday was a little break from cooking as I had to work all day – and then that evening I went to a local event to watch the finale of MasterChef Junior with contestant Andrew Zappley, his friends and family, at his school in Westville. It was so much fun getting to cheer on Andrew in person! And if you don’t know who won or want to know more about Andrew, check out my event report over at my Spacial Anomaly website: Win or Lose, Andrew Zappley is South Jersey’s MasterChef Junior Hero.

Wednesday I finally had to get out and do some banking and shopping, which led me to the Cherry Hill area. And I decided to finally take some time to check out the local H Mart to stock up on some supplies and also items from my mom’s wish list of Asian ingredients. Oh my goodness! It was just too overwhelming. I could have spent hours just exploring the aisles of spices, seasonings, noodles, sauces, grains, fresh veggies, seafood, meat…I did stock up pretty well but I need to head back tomorrow to get a few more things on my way up to my mom’s so we can really enjoy her upcoming birthday weekend.

Wednesday night I did make a pretty tasty dish using some of the great ingredients I’d picked up: Stir-Fried Udon Noodles from The Korean Kitchen. 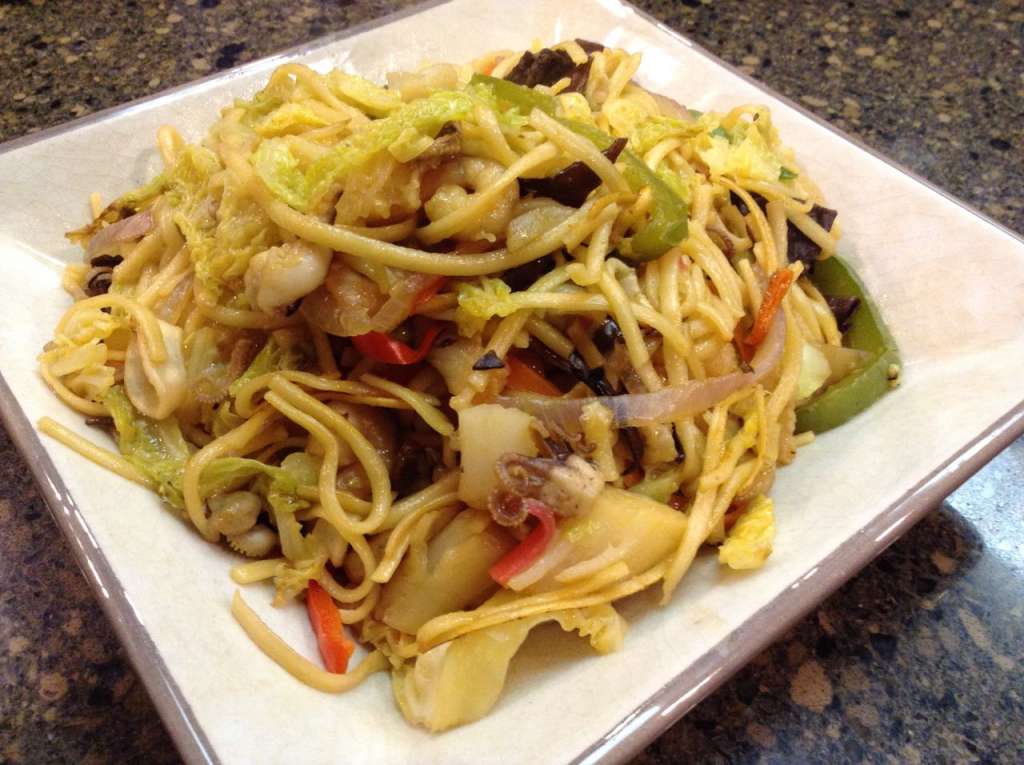 The recipe called for beef as well as seafood, but I made it purely with seafood from a great mixed package I got at the H Mart. I also spiced it up with some slivered hot chiles along with green peppers. Very easy to make, very tasty.

Finally, last night I wasn’t feeling too well so I wanted to keep dinner simple and soothing. I also wanted to make something that would feed my sweetie over the weekend while I’ll be away, so I found a recipe online for a “Zuppa Toscana Soup” using sausage, bacon, kale and potatoes: all the ingredients I wanted to use up in my fridge as well. Supposedly this is a “copycat” recipe based on a popular Olive Garden (gasp!) soup. 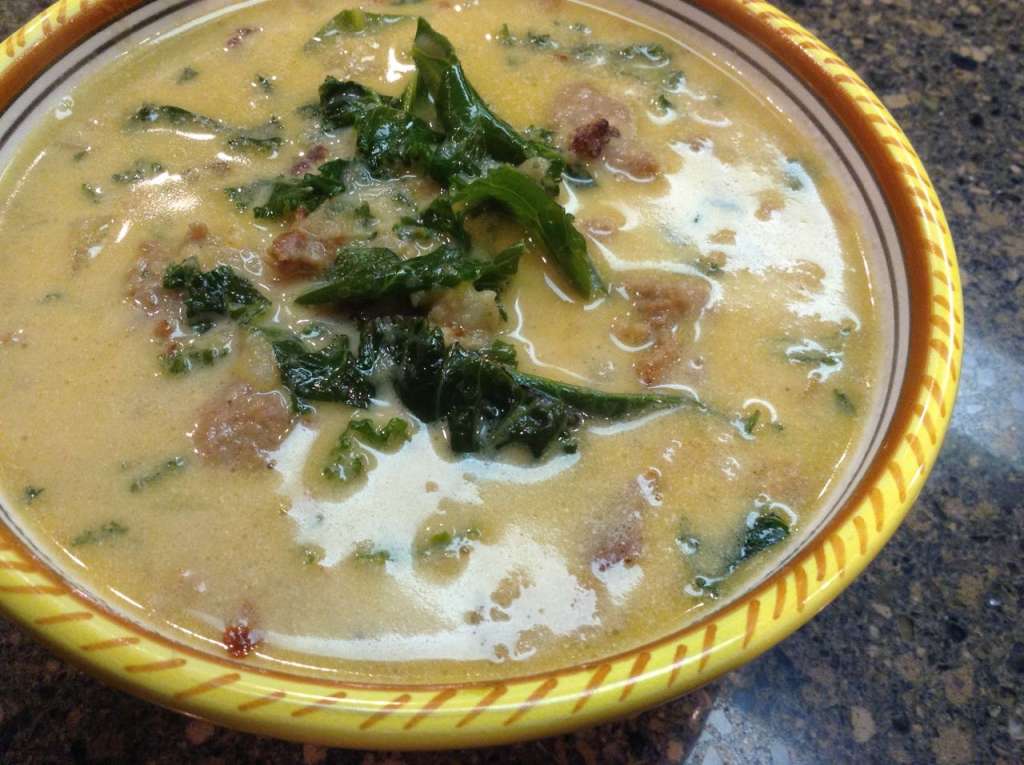 I’ve never set foot in an Olive Garden and don’t particularly care to. However, this recipe was pretty good with a few changes that I made. I used beef stock instead of chicken, and cooked it all in one single Dutch oven on the stove. I also used 2 cups of whole milk instead of 1 cup of cream and 2 cups of water. I liked it and so did the sweetie – which is a good thing as there are about 3 servings of it left for him!