When I get on a cookbook kick, I tend to stay on it for a while. That is, I have so many books that every once in a while I just have to concentrate on one specific title for a few weeks and try a number of different recipes from it to learn it better, decide if it’s a book I’m going to want to reference more regularly or just set aside if I can’t find anything else that works.

Lately, as I’ve mentioned a few times in recent entries, I’ve been trying a number of recipes from Simply Ming: One-Pot Meals. Some I’ve liked a lot, some I haven’t been as crazy about or I thought was missing something. Last night I ended up trying a recipe for seared curried butterfish with warm olive chutney. The recipe said it could work well with other white fish like Chilean sea bass so that’s what I used.

It looked like an easy, simple weeknight meal where the fish is seared after coating with a dusting of curry powder and flour, then served with a warm, chunky olive-tomato-shallot sauce on the side. 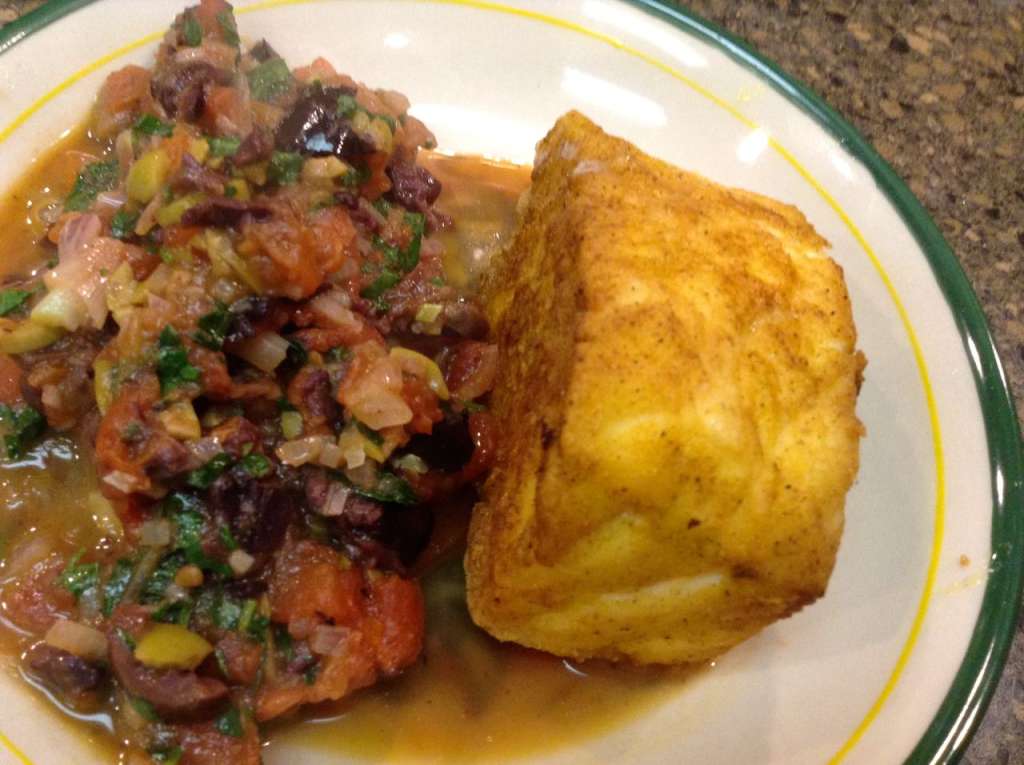 I did really like the way this came out. The curry powder added some needed heat and spice to the fish that could otherwise be quite bland, and the “chutney” had a flavor reminiscent of, say, pasta putanesca sauce. For a full dinner I still felt it needed something more, so I served it with some fresh made chapati bread and a light spinach salad just dressed with oil and balsamic vinegar.

I’d definitely make this dish again on a night when I didn’t want to fuss too much but still wanted a really full-flavored meal for dinner.

This entry was posted in Cooking and tagged ming tsai, one pot meals, sea bass, seafood recipes. Bookmark the permalink.