What’s for Dinner: A Week in Review

I had a busy week so I didn’t keep up with regular daily (or semi daily) postings. But here were the highlights of last week’s culinary experiments and adventures in the kitchen…

After one long day on the road, I wanted to make something relatively quick, simple and hearty for dinner. Now I know risotto might not be the first choice for such a dish for some folks, but it is for me. Especially as I had some sweet Italian sausage in my fridge already defrosted and ready to use and a fennel bulb that needed to be enjoyed before it got too old. 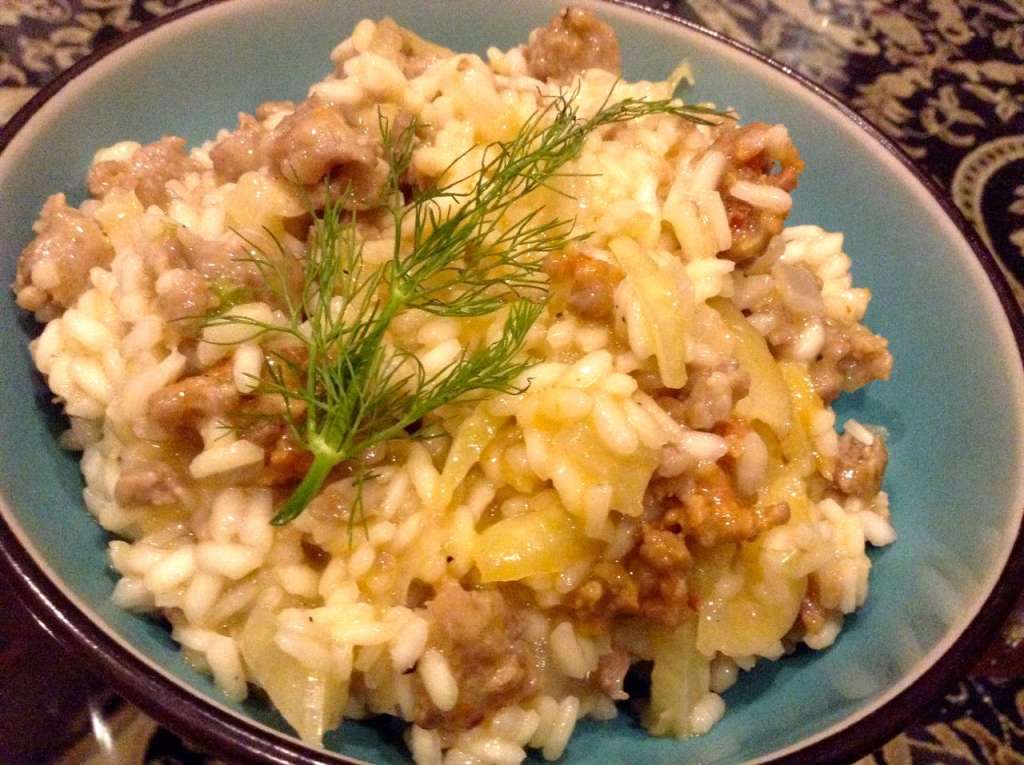 A Food & Wine recipe for Fennel and Sausage Risotto was just the meal I was looking for; not too many ingredients, not too much prep work, and really just 30 minutes at the stove for dinner to be served. The sweetie really liked it, too, but he’s a sucked for anything with rice.

Next night I had a craving for one of my favorite venison dishes. It’s one I usually prepare with venison tenderloin when I have it: Venison Medallions with Whiskey, Mushroom & Horseradish Cream Sauce from the excellent Food for Hunters website. But I have a lot of venison cutlets in my freezer to use up so I wanted to see if the recipe would work equally well with them…and the answer was absolutely yes! 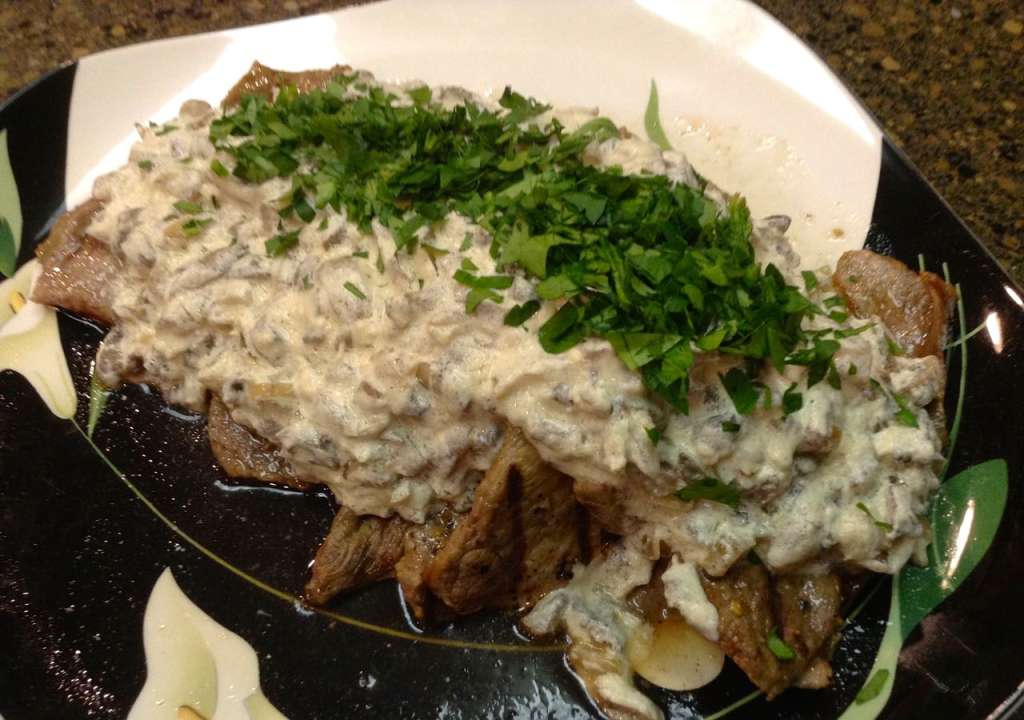 Normally it’s easy for cutlets to end up dry, tough and rubbery, but following this recipe they came out perfect (I know it doesn’t look fabulous but trust me, this is an amazing dish.) The combination of sour cream, bourbon, mushrooms and horseradish is epic and inspired. I did top it with parsley instead of chives because of what I had on hand; any fresh green herb along those lines will do to give it a touch of freshness, and this dish is great with a crisp green salad to lighten it up.
Winter weather really is just suited for hearty, spicy food, isn’t it? So the next night I decided to continue my explorations in Indian cooking by attempting to make Pork Vindaloo, following a recipe from the Saveur website. 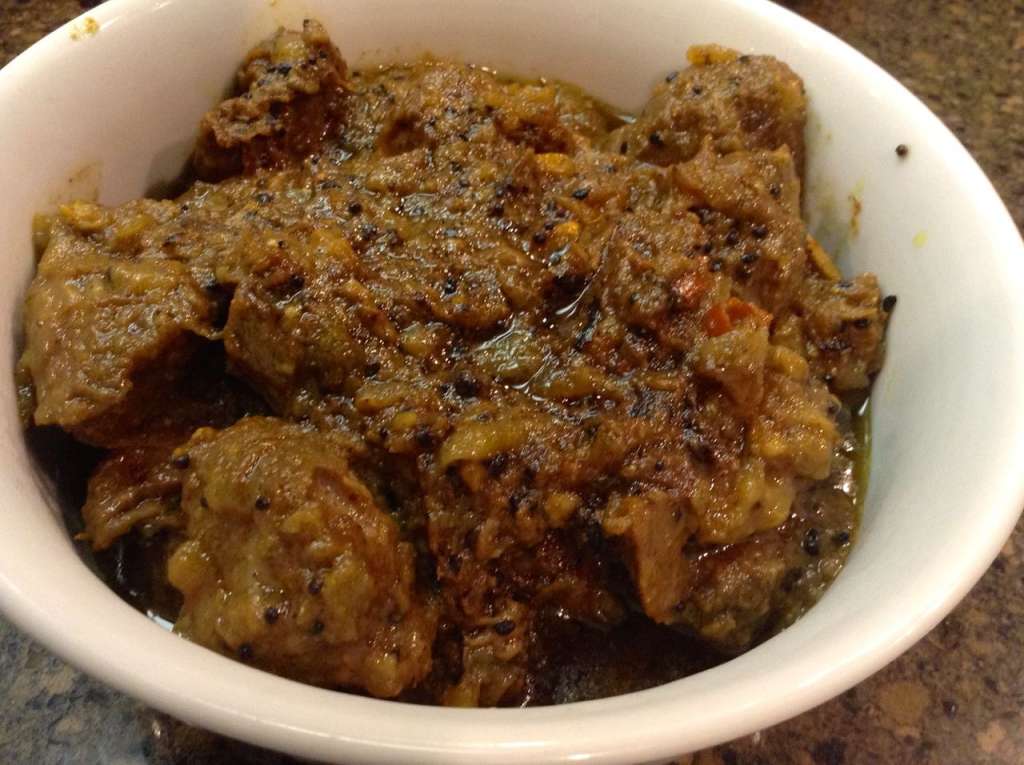 I liked it, the flavor from the slow cooking and layering of spices was yummy. But I can’t say it really agreed with my stomach that well; perhaps it was just a bit too heavy on the chiles and garlic for what I was prepared for. 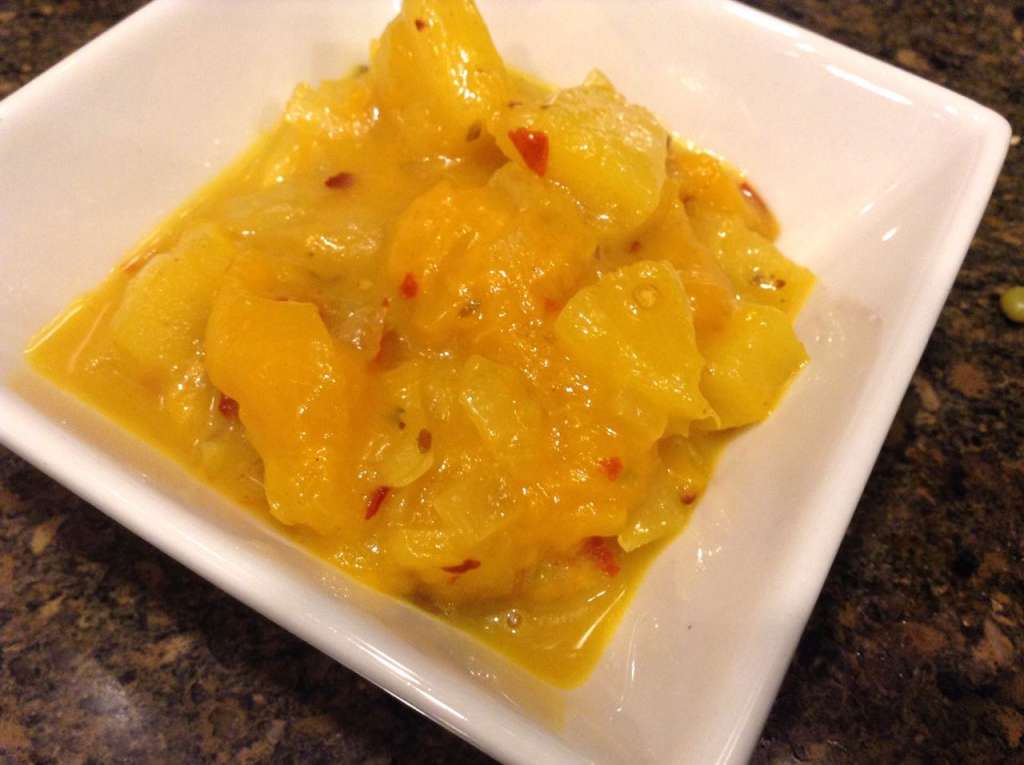 I did make a quick pineapple, peach and mustard seed chutney on the side which was nice for cooling it down a bit, along with some plain white rice, but overall I’m not sure this will make it into my “repeat recipe” list.
After so much meat and heavy dishes all week, I did want to lighten things up a bit for the weekend. Friday I picked up a few pounds of mussels at the supermarket and figured they’d be good for jazzing up some Valentine’s weekend meals. That evening I started out with a Caribbean Seafood Stew recipe from Caribbean Food Made Easy with Levi Roots. 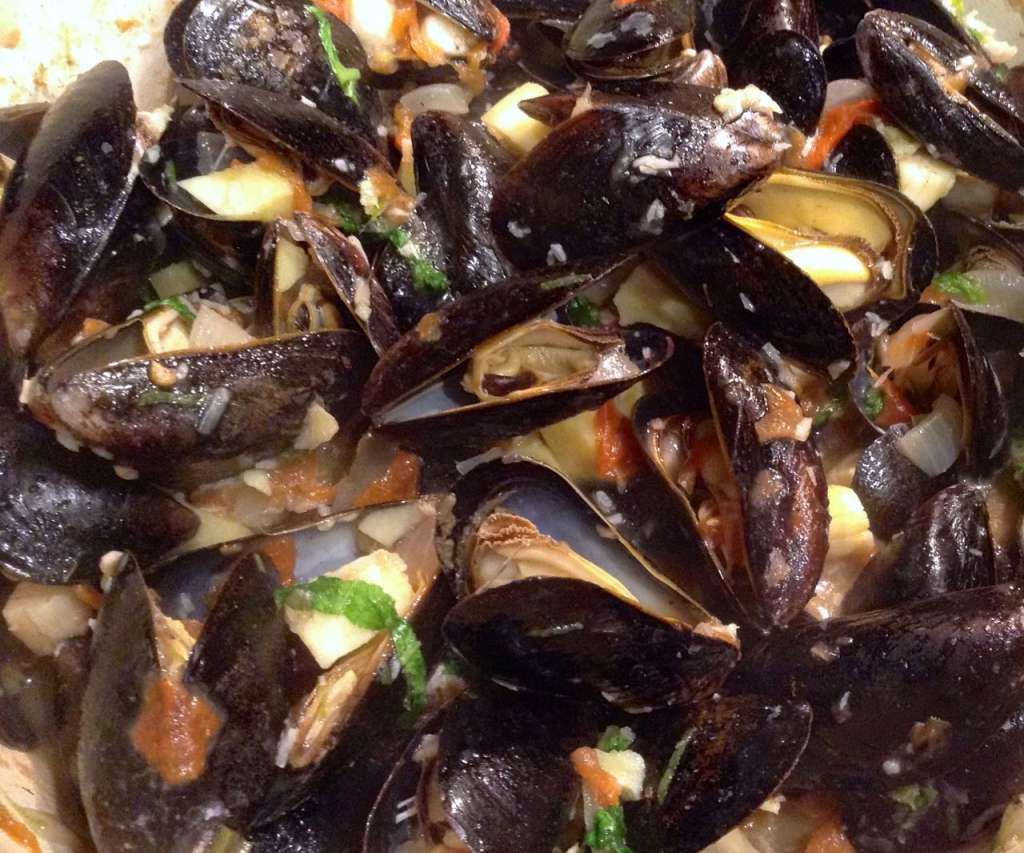 This is a cookbook I’ve had a lot of success with in the past, and this recipe was no exception. I really enjoyed the light coconut milk broth with tomatoes and onions and just enough heat from a little chile pepper. It worked nicely with the mussels and scallops in the soup, although as the recipe states you could substitute other types of fish as well. I’ll have to try it different ways in the future.
For Saturday night, I was craving an old family favorite: paella. Now, the version of paella I like to make at home isn’t entirely authentic. In fact, it comes from an old vintage Better Homes and Gardens cookbook, All-Time Favorite Casserole Recipes. But it’s the recipe I grew up loving as my grandmother would make it for special occasions. People always seem to love it, too, when I make it for parties and large gatherings. 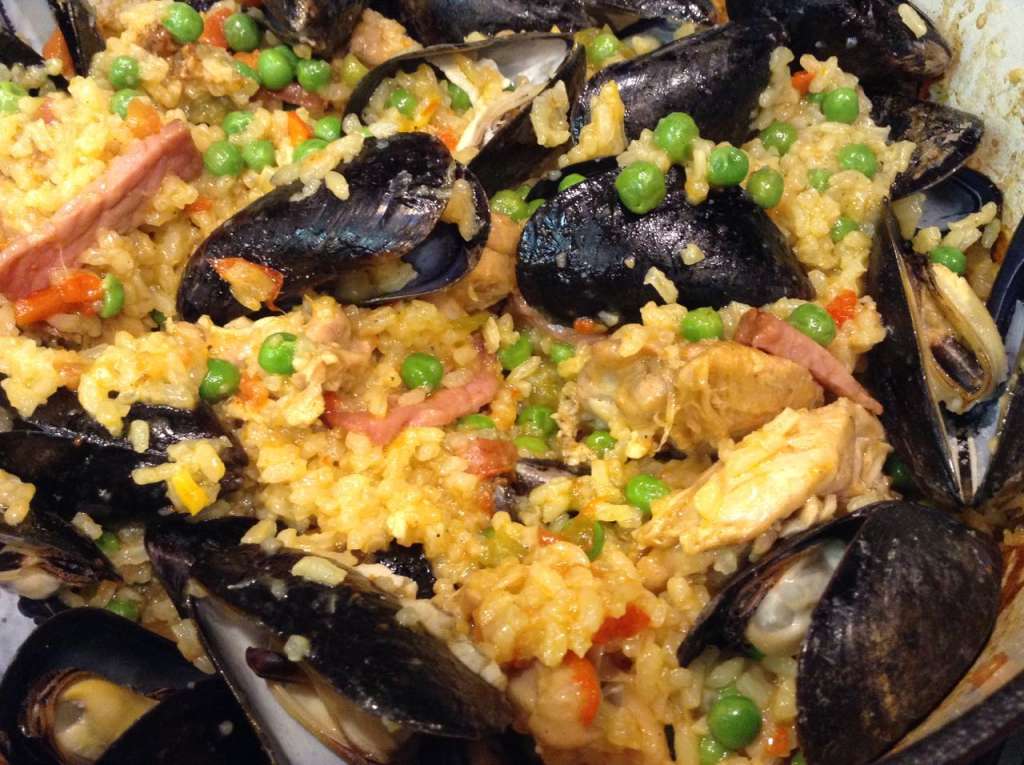 Typically, by the recipe, it’s made with chorizo, chicken, shrimp and clams. I made it a little different using mussels, chorizo, chicken and some smoked pork “bacon” sweetie got as a gift from one of his patients this past week. This was a little different but definitely still delicious. Best of all we had plenty of leftovers for lunch on Sunday (and I still have more for this week to finish off!)
Speaking of Sunday, it was horrifically cold and windy. I just wanted to stay in the kitchen all day with the oven on and a big pot on the stove to help warm up the house. So I decided to cook up a big pot of soup for lunch this week. A recipe for Three Bean Chili looked interesting to try, one from Ming Tsai’s Simply Ming: One-Pot Meals—yes, I wanted to give that book another chance after last weekend’s disappointing Lemongrass Shrimp Scampi. 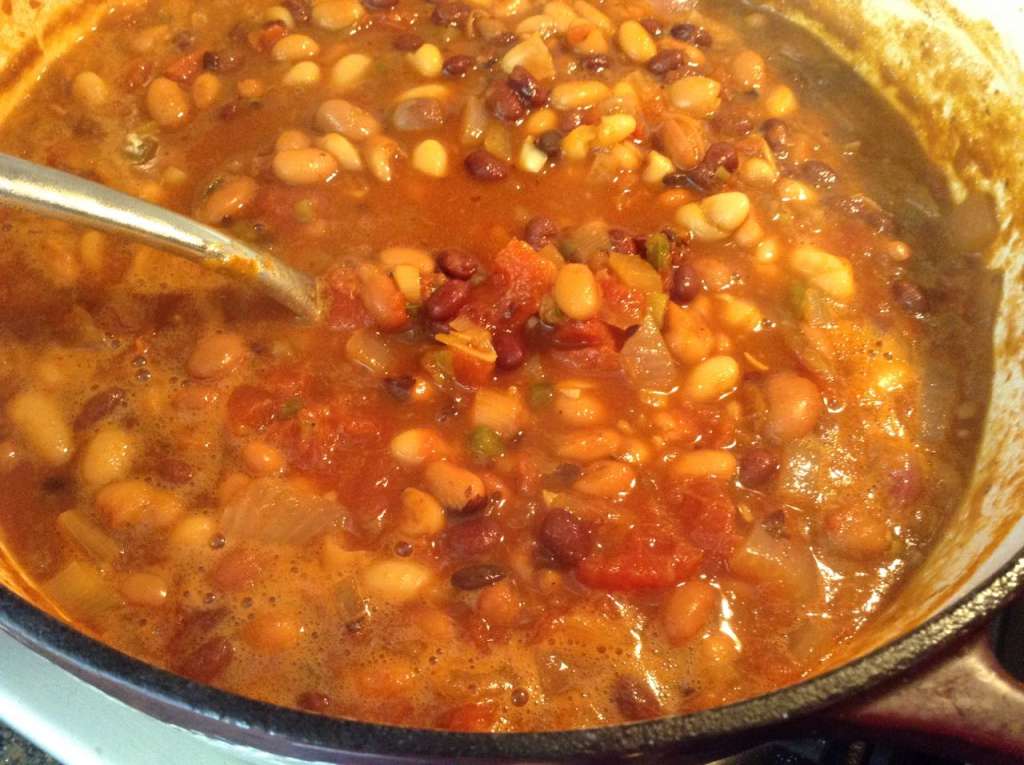 I did not have the edamame called for in the recipe, so I used a mixture of four different canned beans: black, white, kidney and Roman. I thought this would be interesting to try because of the combination of classic chile flavors (beans, tomatoes, onions) and Asian ingredients (fermented black beans and tamari). The house smelled wonderful as it was cooking and it really had an interesting and tasty flavor profile. I’m betting it will taste even better today for lunch.
Lastly, for supper last night I was getting pretty tired of cooking all week. So time to keep it simple. I had some leftover fresh wide noodles I made last Sunday which I’d slowly air-dried, and I was craving a soothing baked pasta. Tomato sauce, mozzarella, parmesan, a few fresh herbs, all mixed with the al dente cooked pasta and baked until melty and just a little crispy…what could be more satisfying than that? 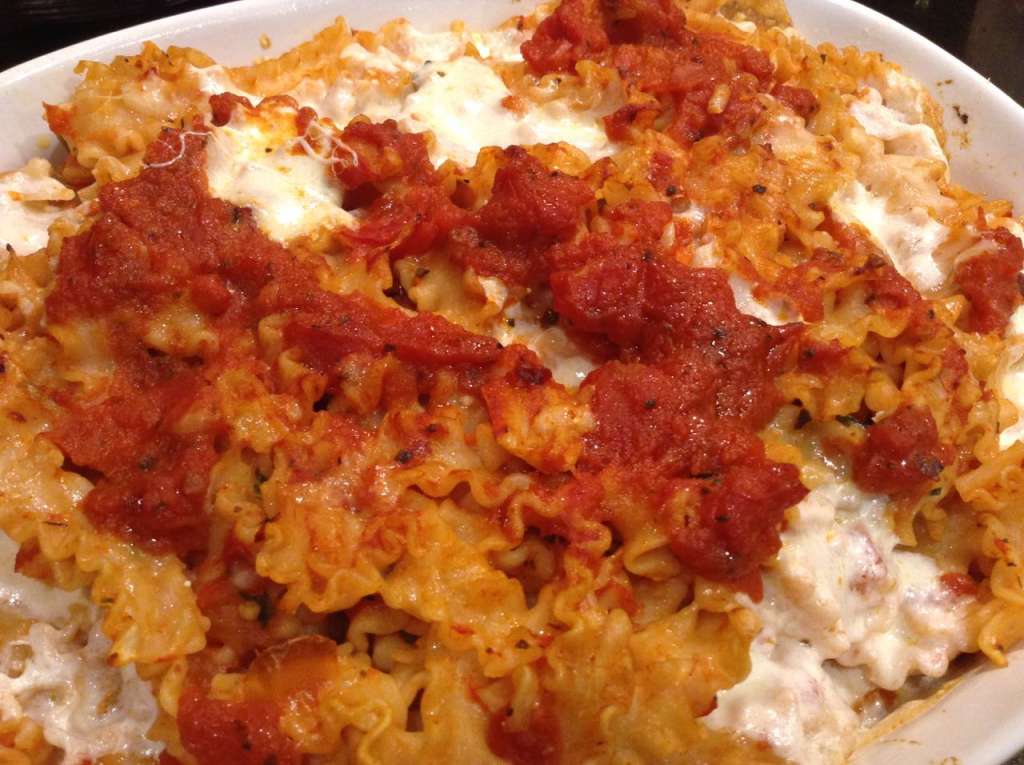 Ok, maybe waking up Monday morning to a sink full of dishes to now finish washing…