Tuesday ended up being the winter storm that wasn’t; Juno came through South Jersey like a whimper, not a rage, an almost embarrassment of over-preparation. Like every other crazy person out there, I had stocked up on milk, eggs, and bread the day before—not because I wanted to make French toast but because I honestly use and need these things in my regular cooking!

So, since the sweetie had cancelled office hours the day before and was now stuck at home, I ended up making a big tomato and cheese frittata for lunch/breakfast. And while I’d had some grand designs to do some slow cooking in the afternoon, I ended up getting diverted into other house projects with the sweetie around. So for dinner I instead decided to do some quick-cook fish and some kind of vegetable-and-starch side dish. 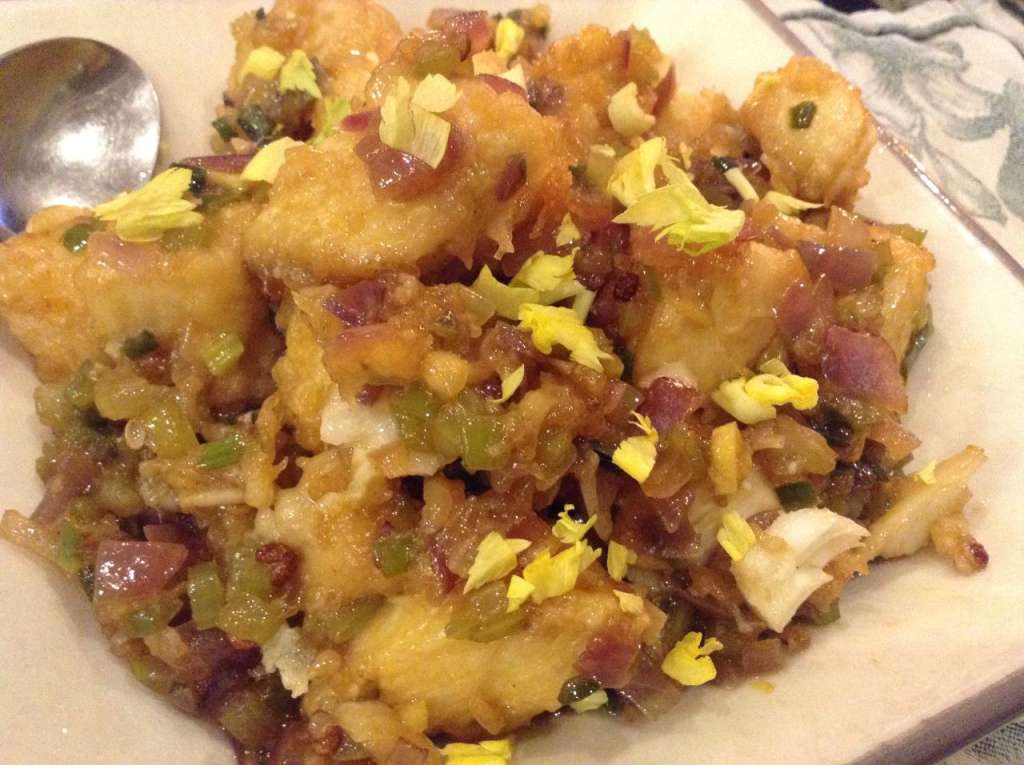 For the seafood, I decided to try a recipe for Szechuan White Fish from a little bargain cookbook I picked up a few years ago, Super Cookery Wok & Oriental. It was…okay. To be honest I was expecting a lot more flavor from the dish than it ended up having, and that’s sort of been the problem I’ve had from a number of recipes from this book. While all the ideas seem good and look great in the recipe photos, I’ve yet to come across one recipe (in the over 200 in this book) that I’ve checkmarked to make again. Too often the dominant flavor seems to be just soy sauce in these dishes, and this one in particular lacked the complexity I expect in real Szechuan cooking, like I’ve been enjoying while cooking my way through the Shun-Lee Cookbook, as a comparison. 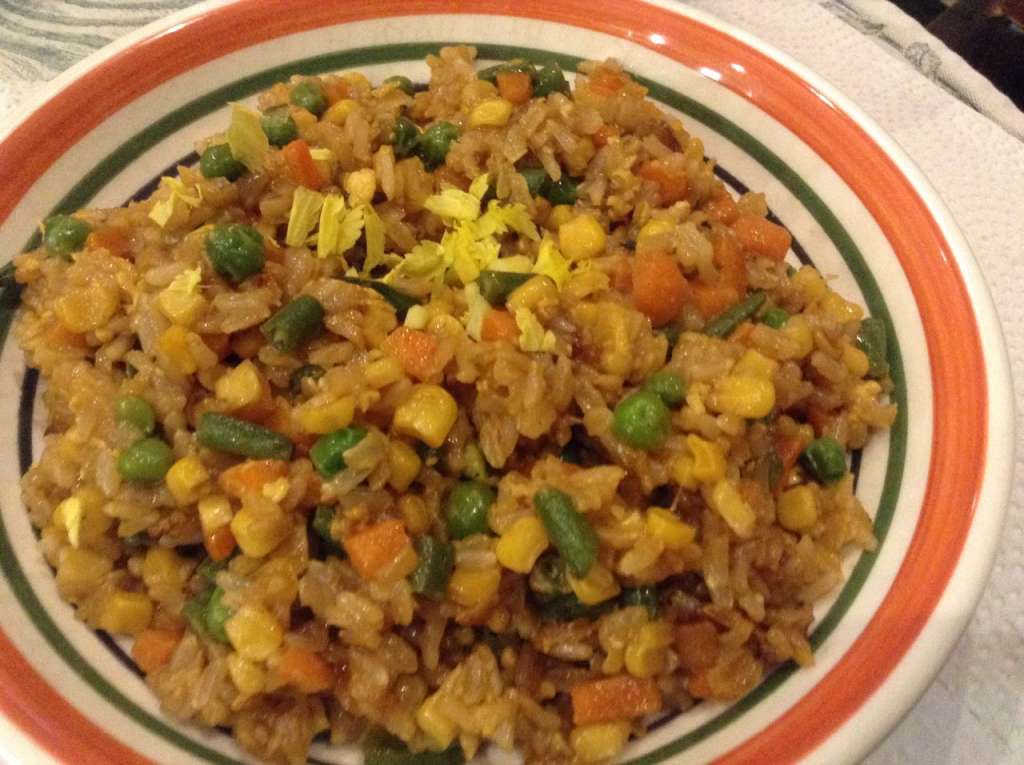 I also was a bit disappointed in how my vegetable fried rice came out. Yes, it looks lovely and it almost tasted as good as it looks. The recipe came from Fresh Chinese, another very pretty (bargain) cookbook I picked up a while ago that promises lots of fresh and “healthier” takes on traditional Chinese cooking favorites. This dish in fact would have been a perfect fried rice except for the fact that it called for white pepper. I should have known to not use the white pepper; I don’t generally like the taste of white pepper, and used in this recipe it became almost all I could taste. I should have just stuck with a little chile pepper if I wanted heat; the white pepper used in the recipe killed a lot of the freshness of what would have otherwise been a great, light, veggie fried rice (it actually tasted better cold the next day for lunch, although occasionally I still got that white pepper nastiness in a bite.)