As I mentioned last week, this past Thursday was the 10th anniversary of my first date with my sweetie. So while we had a nice dinner at Bo Ne that evening, we really wanted to do something special Friday night when we had more time. So a dinner at StudioKitchen in Philadelphia seemed perfect to fit the bill.

I’ve been a fan of Shola Olunoyo‘s cooking for some time and last year introduced the sweetie to StudioKitchen, and he’s equally become a convert. Friday night it was the Marine Flavors of Winter, seven delicious courses focused around seafood. I’ll just let the photos I took speak for themselves (I only missed  capturing the first course of course of corn juice and uni, and forgive if I didn’t keep track of all ingredients in every course.) 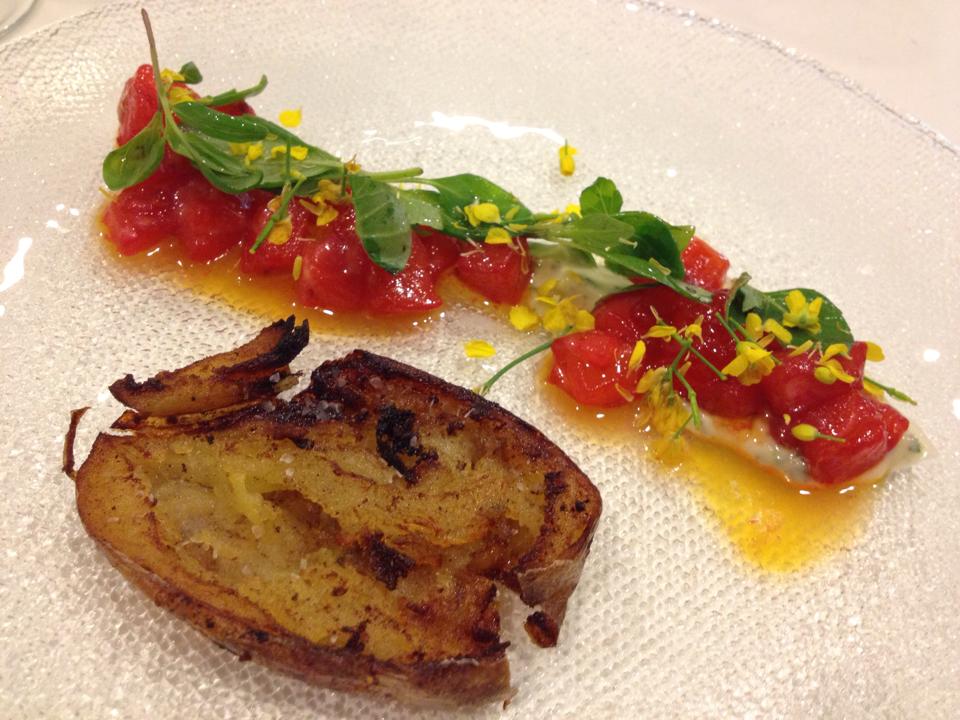 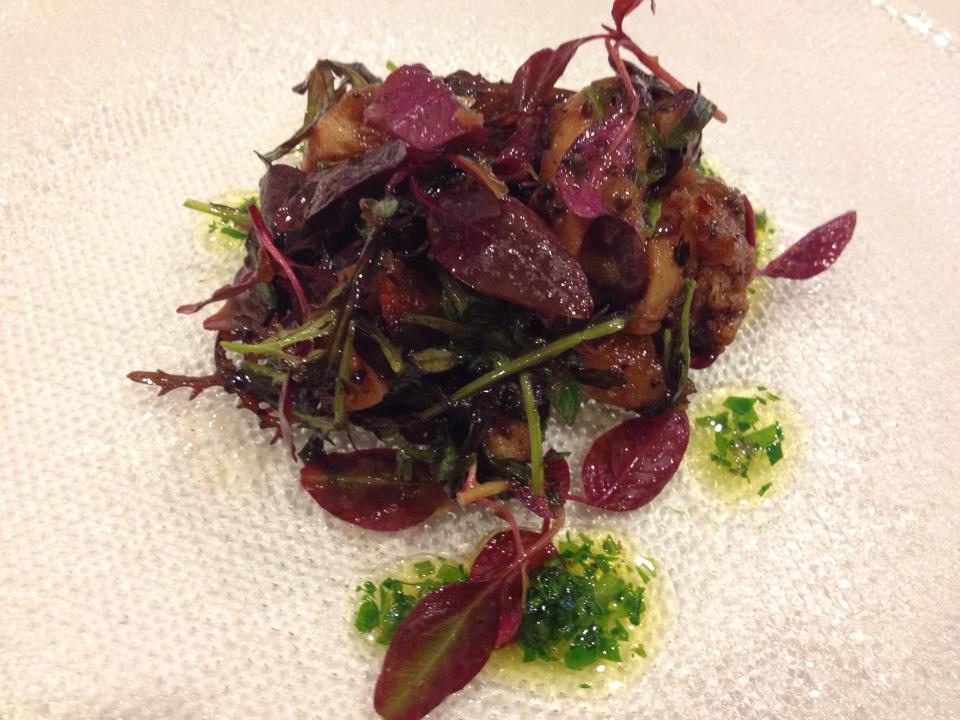 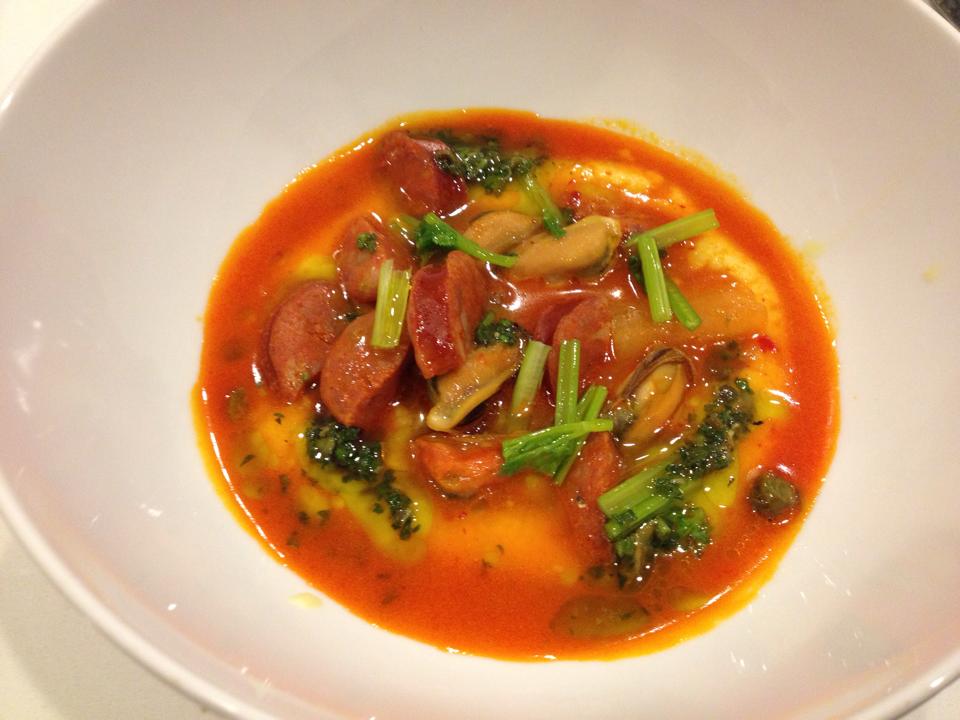 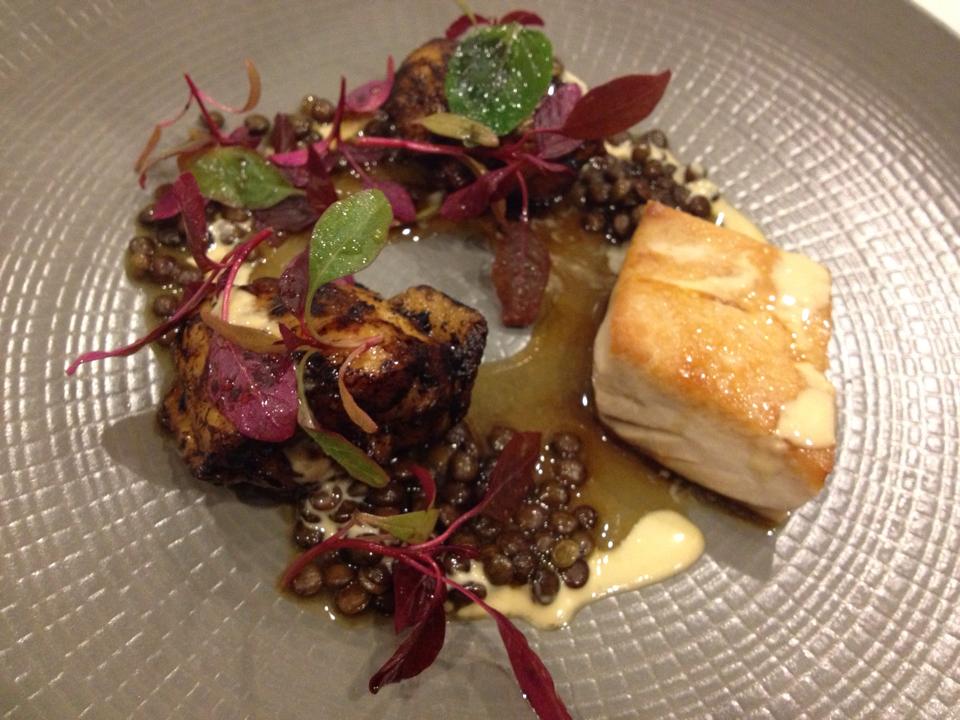 “Surf and Turf”: Hamachi and fried chicken with lentils. 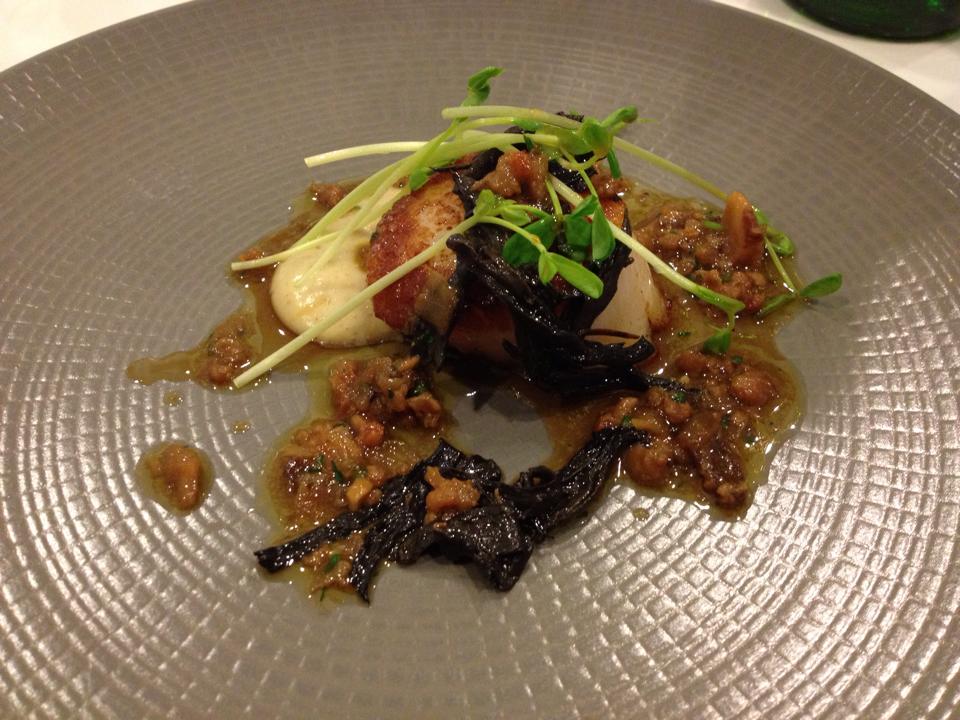 Everything was incredible, although my favorite was the museel-chorizo dish which was like the best sundubu-jijigae you could imagine, but with Italian/Spanish influence. I can’t wait to see what else will be coming up from StudioKitchen this year!

Saturday I was pretty much in a food coma after such an amazing dinner, and the sweetie was off to Green Bay for the Packers/Cowboys game. So I skipped cooking anything fancy and just had a chopped salad for dinner with some homemade croutons to use up the last of some bread. Sunday, however, I was going to have the sweetie’s dad over for dinner and to watch the Colts/Broncos game. I decided to use up some veggies in the fridge and made a simple vegetarian pasta, along with a white pizza of mozzarella and caramelized onions.

Pasta has become an obsession here, since my sweetie got me a professional-grade pasta extruder last year. I have the Lillo Due machine which you can see in action in this video – and yes it is as fantastic and sexy and addictive as it looks:

I’ll be posting in more detail about my experiences with the Lillo Due later on. But suffice to say I adore it even if it’s got its quirks you need to learn about to use properly. But I wanted to make some porcini pasta noodles so I started with soaking some dried porcini in hot water for about an hour, until they’d really infused the water. 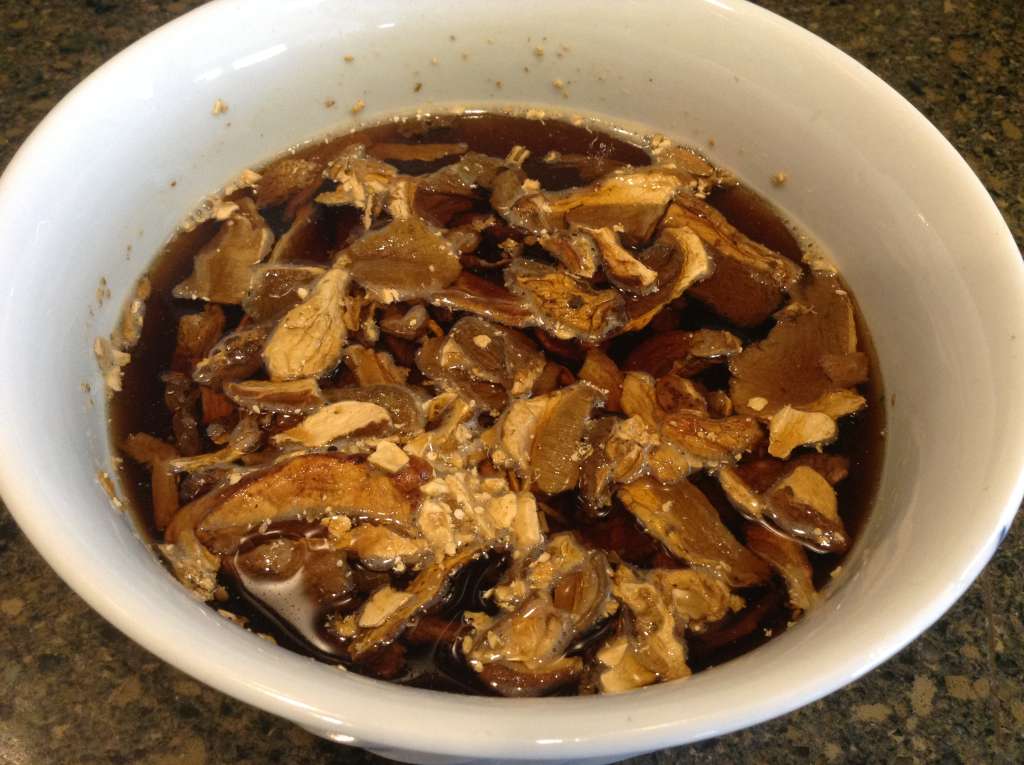 The mushrooms were strained and set aside with a little of the liquid, while I used to make some fresh campanelle pasta: 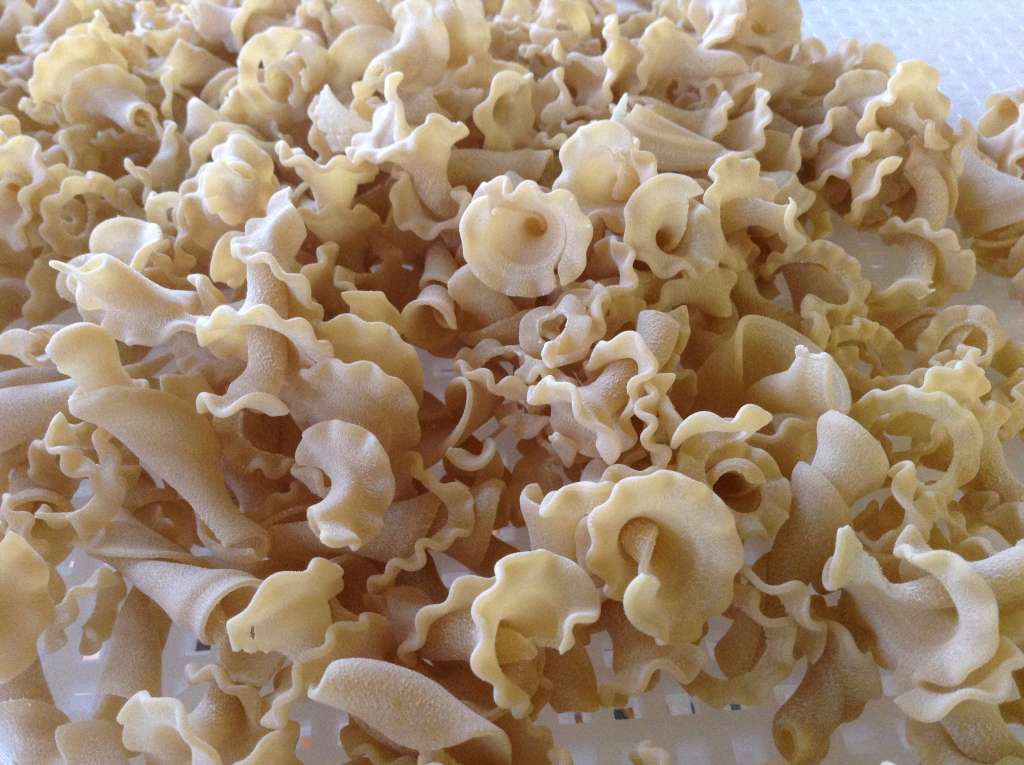 For the sauce I followed a simple recipe for Mushroom Cream Sauce and Roasted Peppers, since I had a bunch of bell peppers that needed to be eaten up quickly and some heavy cream in the fridge. With the extra flavor of the porcini in the fresh pasta, it was really satisfying. Sorry my photo is terrible; I was kind of too hungry at this  point to get a good shot… 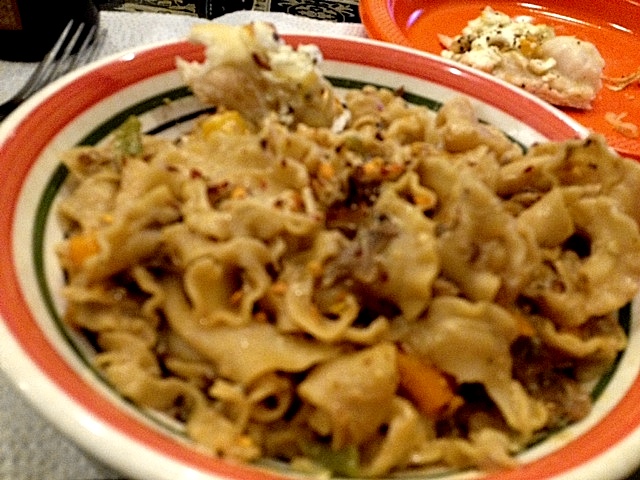 The pizza was good as well, although I forgot to photograph it and I want to talk more about it later this week, as I’m trying out some new pizza dough recipes comparing using a starter versus without.

All in all it was a great weekend for food—and football, too! Go Green Bay!