Tuesday was one of those cold winter days that just cried out for a hearty, simple roast chicken dinner.

I had a nice, 4-pound whole chicken I’d taken out to defrost over the weekend, so I just did a super-simple preparation with butter, lemon, garlic and thyme. Melted a stick of butter and mixed in some minced garlic, then poured it all over the bird (including under the breast skin.) Filled the cavity with a sliced lemon and sprinkled the whole thing with thyme, kosher salt and ground pepper. I wish I’d had some fresh thyme on hand but dried worked out okay. The bird had a nice, sweet flavor from the lemon and the garlic wasn’t too strong, just enough to give it a little extra “kick”. 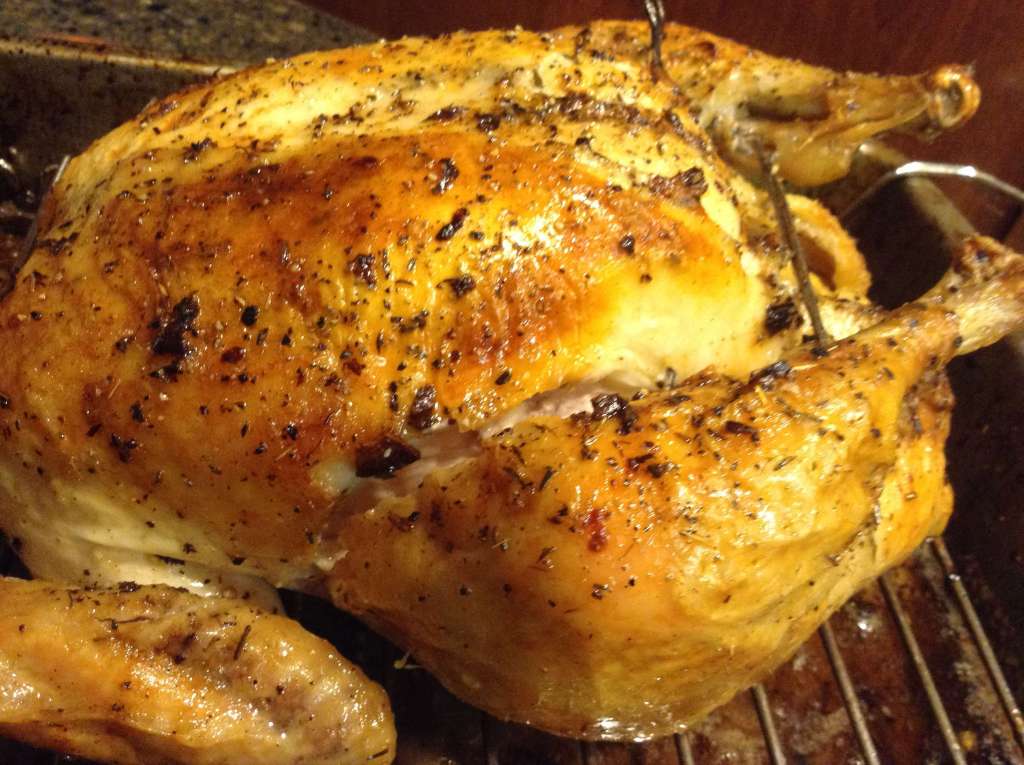 This was dinner for sweetie and I along with some small red potatoes (boiled, then browned a little in the pan drippings from the chicken) and a kale salad. The kale I simply steamed and then mixed with a sesame/rice vinegar/sugar/oil dressing for vegetables from one of my new cookbooks, The Kimchi Chronicles.

I had quite a bit of leftover cooked chicken meat which meant dinner for Wednesday night as well. I was craving something Mexican but I wanted to get out of my usual rut of always making tacos when I have leftover cooked meat. Looking through my cookbooks, inspiration finally struck: enchiladas! For some reason I have never made them at home before. I don’t know why as they are pretty much just as easy as making tacos. Easier, actually, since I didn’t have to make my spice mix and chop up all of those extra fixings. 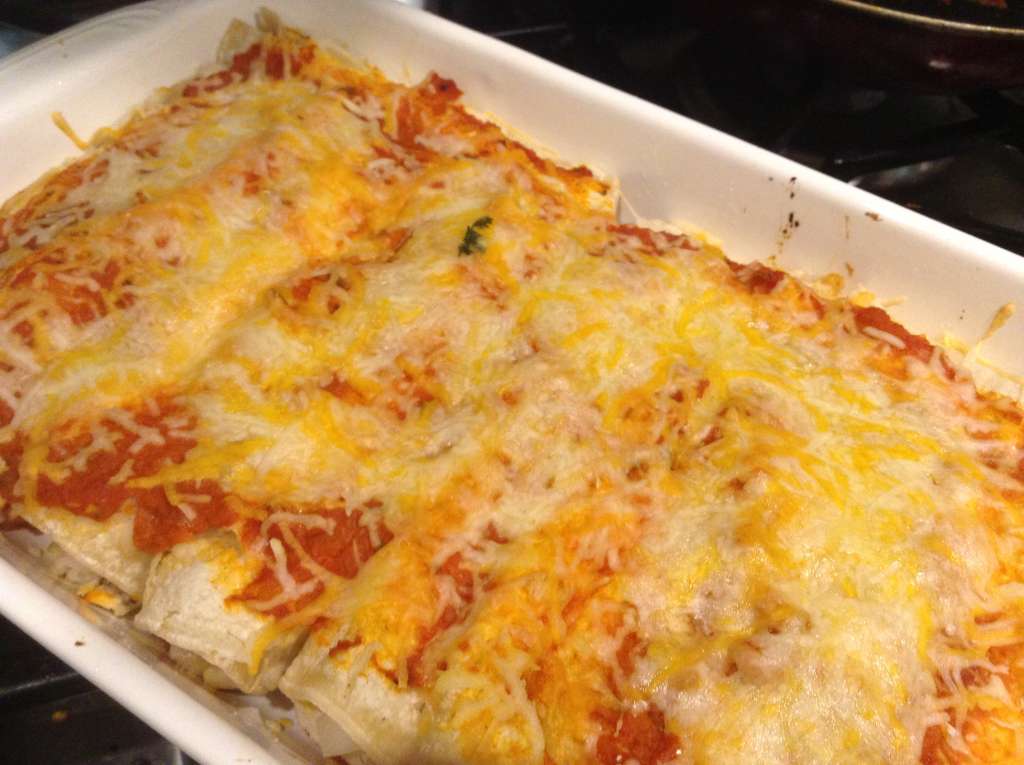 . I wouldn’t necessarily say the book is “complete”, but it is a nice resource I go to a lot when I want some recipe basics for Latin cooking. The sauce was easy to make with some canned tomatoes, fresh jalapeno peppers and chopped onion. It called for whole wheat flour tortillas, which I didn’t feel like making from scratch at the time so I just used some white corn tortillas I had on hand. Filled with the shredded chicken, sour cream, cheese and topped with more cheese and the sauce, they were really, really good. Sweetie and I actually cleaned off the entire casserole of them! On the side I had just made some simple black beans topped with avocado and with a little lime and cilantro on top. 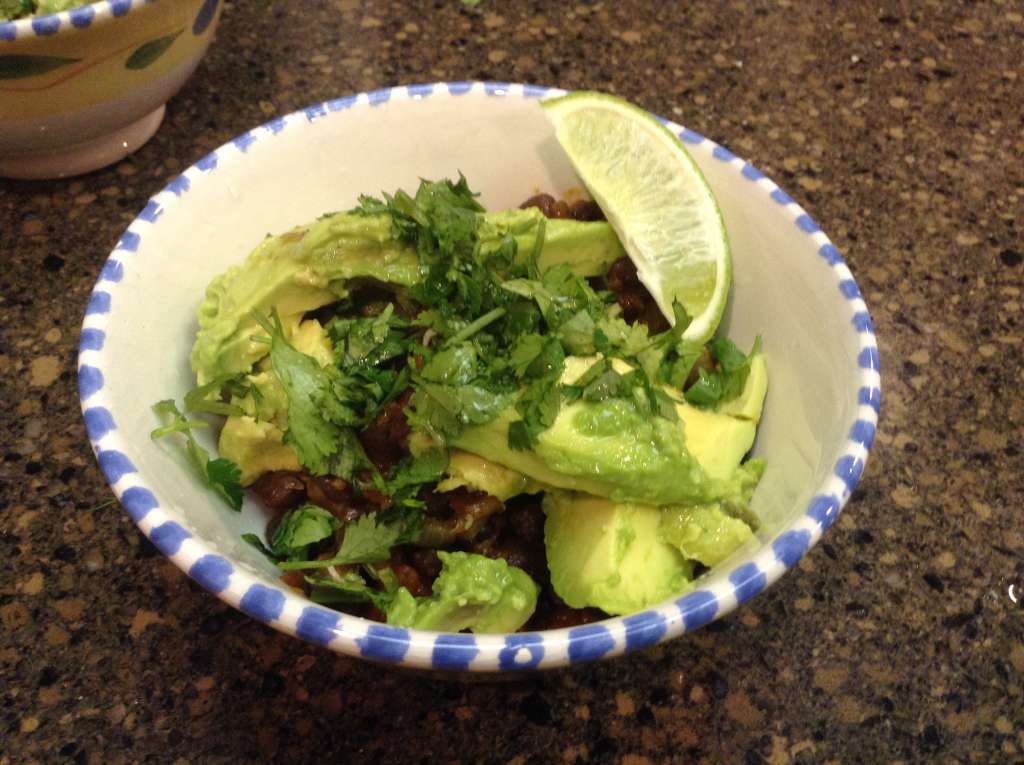 I love getting two big meals from one night’s protein cooking, and I still have some leftover chicken which will likely end up on a sandwich today for lunch.

Dinner Thursday night ended up being Vietnamese from a (relatively) new place in Woodbury, Bo Ne, which was a nice change of pace. I’ll be writing up a review of them separately. Tonight, we’re celebrating our 10th anniversary with a “Marine Flavors of Winter” dinner at StudioKitchen. Can’t wait!