A Soothing and Delicious Chili Recipe

Chili is one of my favorite meals to prepare in the winter months. There’s just something comforting and satisfying about a nice, hot bowl of chili on a cold and snowy day, and having the aroma of spices and simmering vegetables and meat filling the house. It’s also a great way to make use of inexpensive meat, beans and other items from your freezer and pantry while still enjoying something delicious and healthy.

The following recipe is one I’ve tweaked and experimented with quite a bit these past few months. My mother has a small farm, and this past Fall we had one of her very large (we’re talking over 400 pounds) pigs slaughtered, so there’s been plenty of wonderful pasture-raised pork to eat up and share! I wanted to come up with a good chili recipe to use up some of my copious packages of ground pork, and this recipe really does the trick. Combining the ground pork with brown rice, white beans, vegetables and spices makes for a great meal that’ll feed a crowd – perhaps for that Super Bowl party you’ve got coming up in a few weeks? Why not give this recipe a try and see for yourself!

Recipe Tips and IntroductionFor the cooked white beans used in this recipe, my preference is always to start from dried beans and prepare them from scratch. This is more economical in the long run, and results in better tasting beans with a more firm texture. With a slow cooker it’s super easy to cook dried beans and you don’t even need to pre-soak them: just wash the beans, place them in the slow-cooker, cover with unsalted water (and an additional 2 inches or so), and cook on high for about 5-6 hours, until tender but not mushy. Of course if you’re in a hurry you can always use canned beans in this recipe as well.

Whether or not you use lard, or the fat after browning the pork, to saute your vegetables in depends on your taste, and also how much fat the pork gives off while cooking. When I last prepared this recipe, I found my pork was quite lean so I was best using lard I had previously rendered – from the same exact pig, in fact! This gave the recipe a really wonderful flavor and cooked the vegetables beautifully. See my note after the recipe regarding lard in cooking and why I prefer it for recipes such as this one.

If you don’t like brown rice you can of course substitute white. But I prefer brown rice for its nuttier flavor and of course, better nutritional value.

Prepare and chop all vegetables so they are ready to add to the chili. 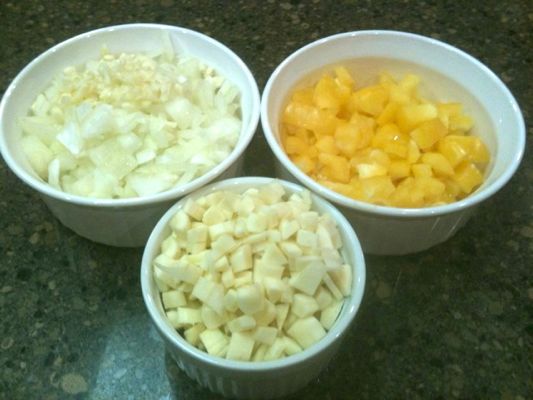 Meanwhile, start the brown rice cooking in a small pot with a tightly fitting lid. I use 1.5 cups salted water for one cup uncooked rice. Allow water to come to a boil, reduce heat, cover and cook for 20 minutes. Then, turn off heat and allow rice to sit covered on the stove for 10 minutes to finish cooking.
In a large saute pan or Dutch oven, cook the ground pork until browned. Drain off any excess fat and set aside. 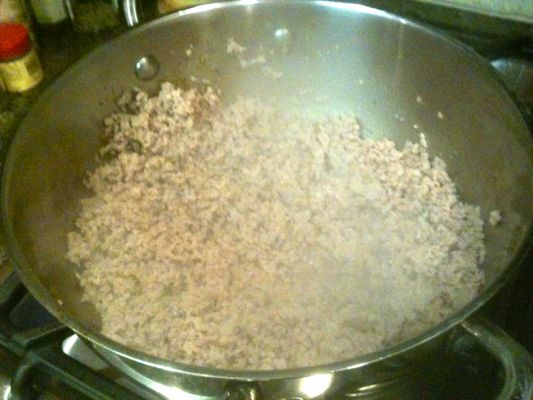 In a separate saute pan, heat the lard (or drained pork fat) and add the onions, garlic and parsnips. Cook for 3-5 minutes until the onions are translucent but not brown. 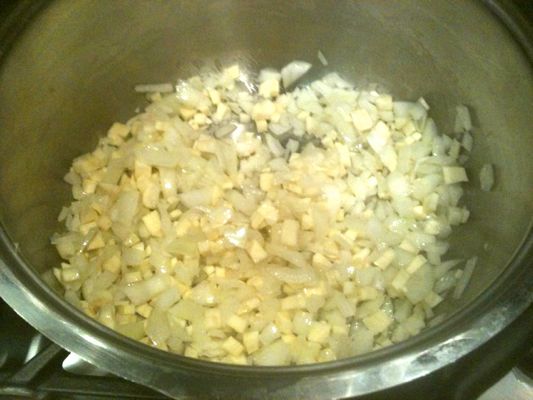 Add the yellow pepper and corn kernels and cook for a few more minutes until the vegetables are tender-crisp. 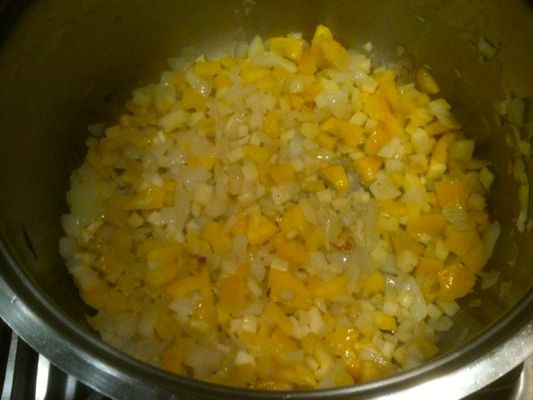 Add the broth, browned pork, white beans, brown rice, cumin and chipotle peppers. Simmer until everything is warned through and flavors are blending, about 20 minutes. 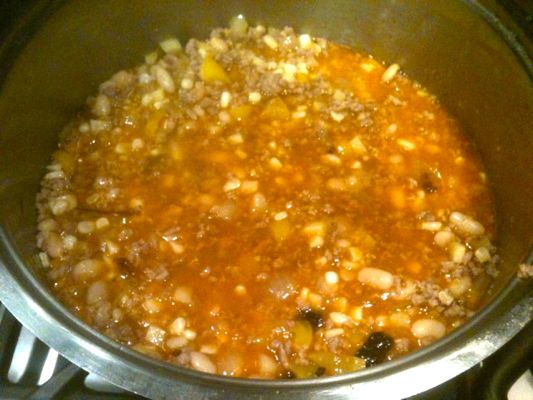 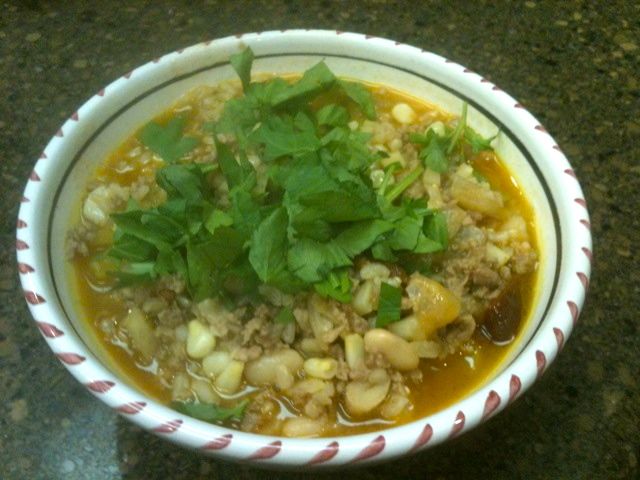 Serve topped with fresh chopped parsley, and shredded cheese if you wish. I like to serve this chili with fresh made corn tortilla chips and perhaps a nice salsa verde.

Don’t Be Afraid of Cooking With Lard

If your lard is from the right source, it’s actually good for you.

Lard and pork fat have gotten very bad reputations in today’s health-conscious society. And it is true that the so-called “lard” sold in supermarkets is loaded with hydrogenated fats to improve its shelf-life and not what I’d recommend. But if you have a source of pork fat from pigs which have been fed a proper, healthy diet and pasture raised (so that their fat is rich in nutrients such as Vitamin E and Omega 3 fatty acids), then you should absolutely make use of it by rendering your own lard. It’s a simple process that just takes a little time and patience, yet the cooking results are well worth it. Any good baker will tell you that nothing beats lard for making flaky, flavorful pastry crusts, and I’ve found lard to be the best hands down for frying, be it making french fries, battered fish, or a fried pork chop for dinner.

Making use of pork fat for preparing lard is also a fine way of embracing the “head-to-tail” ideal of never wasting any part of an animal which has given its life for your dinner table. Our recently-slaughtered pig gave us about 80 pounds of pure fat – why waste this wonderful resource? Besides making lard, it is also useful for mixing in to learner ground meats (such as venison) to make them tastier and better for cooking.

To learn more about cooking with and rendering lard, you might wish to read these articles:

* Lard – After decades of trying, its moment is finally here.
* How to render lard the right way
* Making fat – How to Render Lard
* The Benefits of Pastured Pork

This entry was posted in Cooking and tagged beans, chili, lard, pork recipes. Bookmark the permalink.