A fabulous evening at Sbraga in Philadelphia

Recently a few friends were visiting from San Francisco and I wanted to take them out to a Philly restaurant that would really make for a memorable experience. Unfortunately they were only available on a Friday night—which can make it difficult to find a table at one of the city’s top hot spots without securing reservations months in advance. But on recommendation from folks at ChowHound, I ended up deciding on trying out Sbraga, the namesake restaurant of Top Chef Season 7-winning Kevin Sbraga.

I’m not a diehard Top Chef, follower, mind you—my main cooking addiction on TV is MasterChef. But I was curious to finally dine in a restaurant owned by one of this series’ winners, so this seemed like a great chance to do so. Sbraga is located on the Avenue of the Arts in Philly—that’s Broad Street to us locals or displaced locals, as the case may be for me now that I’m living in South Jersey. By the time my sweetie and I had found parking, my Cali friends had already arrived at Sbraga and were enjoying cocktails at the small bar at the front of the restaurant. We joined them for a round of  a house specialty named “Damn, Son. That’s Some Grapefruit” and it was damn fine, indeed, featuring Damson Plum Liquer, Tito’s and St. Germain.

From there we were seated in the attractive, if tightly packed, dining room. The menu at Sbraga is basically a 4-course tasting for $55, with optional beverage pairings for each course for an additional $40 a person.  Each course had five options to choose from, along with one supplement of dry aged pork for two for an additional $40 for the main. Given I have more pork than I can ever expect to eat in my freezer right now we skipped on that, but with four of us we figured we’d have the opportunity to see and taste a great deal of the menu that night. 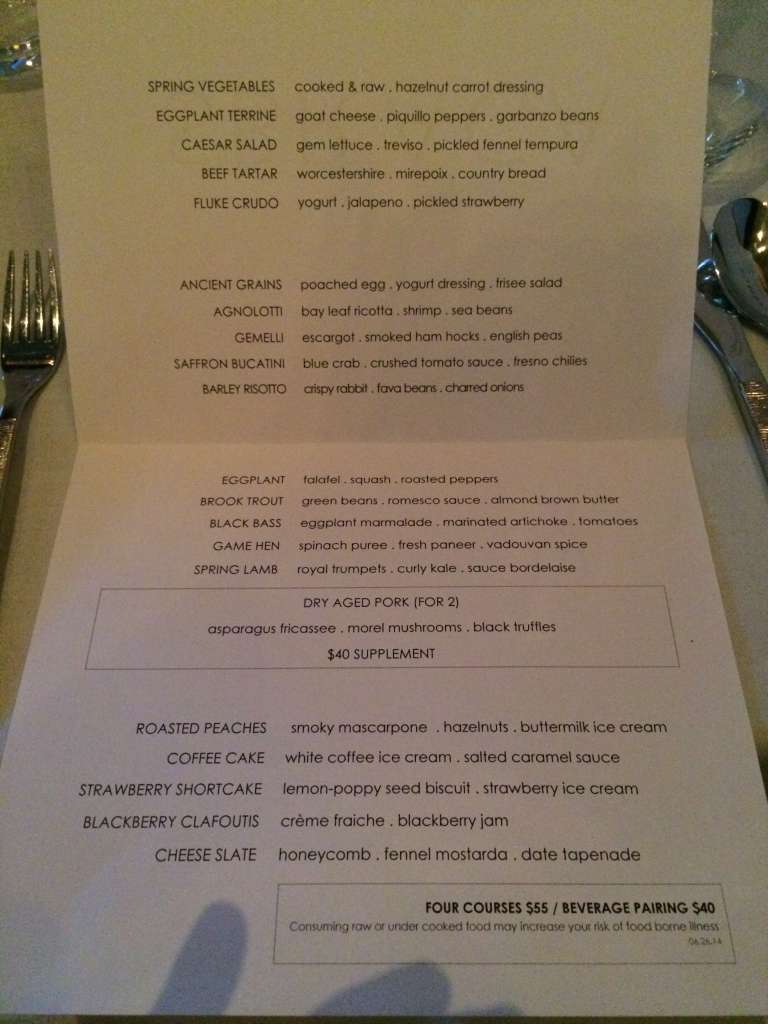 Sbraga menu for June 27, 2014. All photos are by myself or my friend E. who had a better view from his side of the table!

Before our first course, we were able to enjoy the nightly amuse-bouche of gruyere popover and foie gras soup. The soup was outstanding; it tasted rather like a butternut squash or pumpkin soup with the extra earthy flavor of liver.  I could have slurped down a big bowl of it…but that surely would have ruined my enjoyment of the rest of the meal. 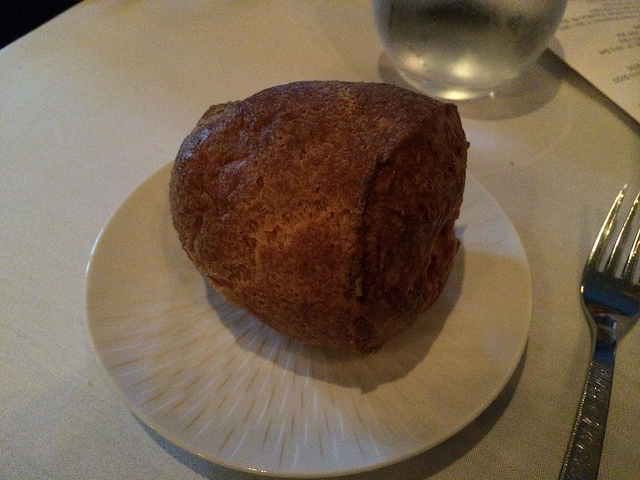 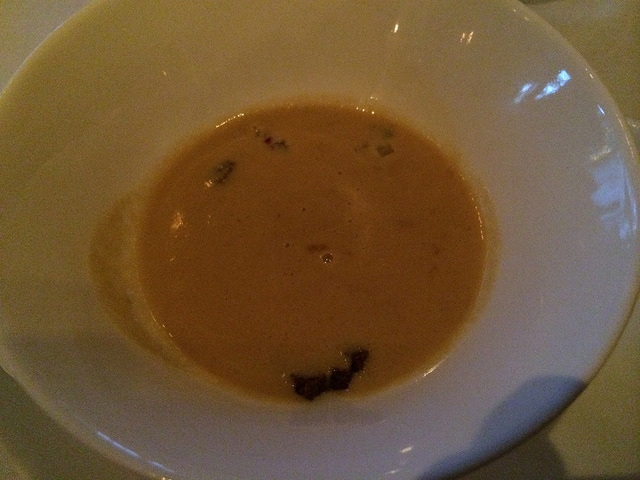 For my first course, I had the Eggplant Terrine with goat cheese, piquillo peppers and garbanzo beans. It was pretty and it was pleasant, but perhaps the least standout dish that I had of the evening. Sweetie had the flake crudo which was beautiful and delicious with the jalapeno peppers and pickled strawberries. One friend had the beef terrine which he called the best he ever had. My other friend enjoyed his Caesar salad with pickled fennel tempura. 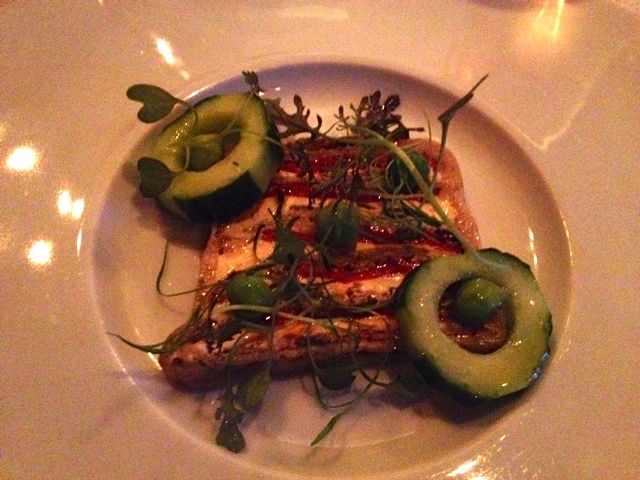 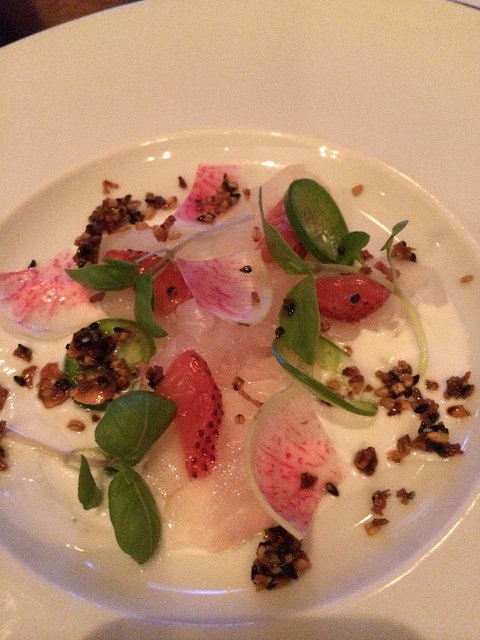 For our second course,  I chose the gemelli with escargot, smoked ham hocks and English peas as I was so intrigued by the combination. It was wonderfully earthy and with a nice mixture of salty flavors as well. Two of our party got the saffron bucatini with blue crab, crushed tomatoes and fresno chilies—and I wish I had as well! I think this was the second most amazing dish of the night, like the most perfect Roman Amatriciana sauce but with so much more complexity of flavors. It’s worth going to Sbraga just to get this pasta dish if it’s on the menu. I didn’t get to taste the barley risotto with rabbit, fava beans and charred onions but it got a favorable review from my friend who ordered it. 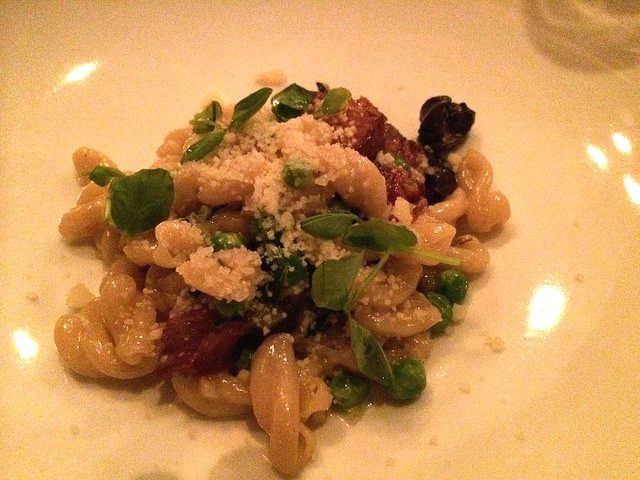 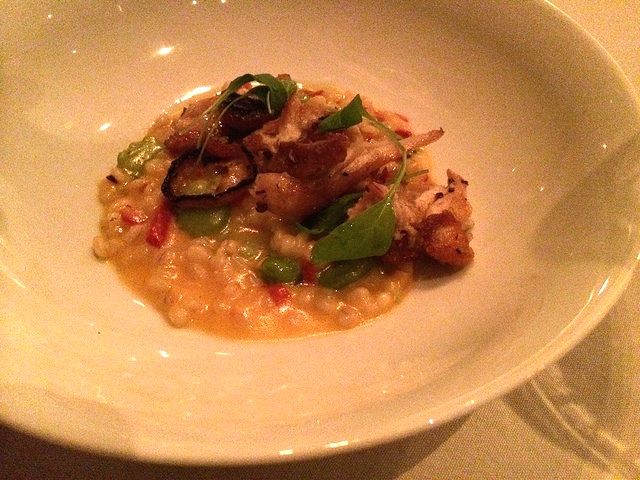 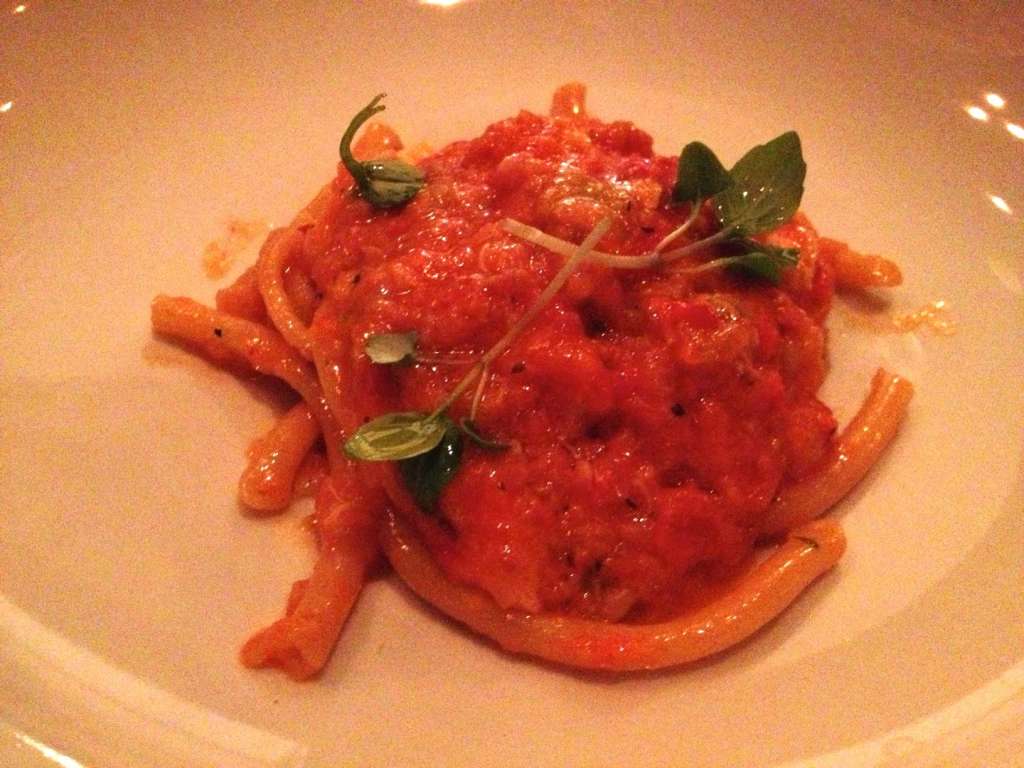 Next would be the third course, the entrée course, really. I had the game hen with vandouvan spice, spinach and fresh paneer. This was definitely the best dish of the evening, and I daresay I think my companions were quite jealous of my plate after I gave them a taste. It was basically the most perfect Indian-spiced fried chicken you can imagine. If I returned and this was on the menu I don’t think I could order anything else for this course. Perfection, and also a nice portion that was a little hard for me to finish by this point of the meal! One of my friends had the spring lamb with royal trumpet mushrooms and curly kale, and I’d definitely recommend it to anyone who loves good lamb. This had a nice crispy sear on the outside but was fork-tender beneath the crust. My sweetie and E. both had the black bass with eggplant marmalade, marinated artichokes and tomatoes. This was delicate yet also had strong Mediterranean flavors, a good choice for a seafood lover. 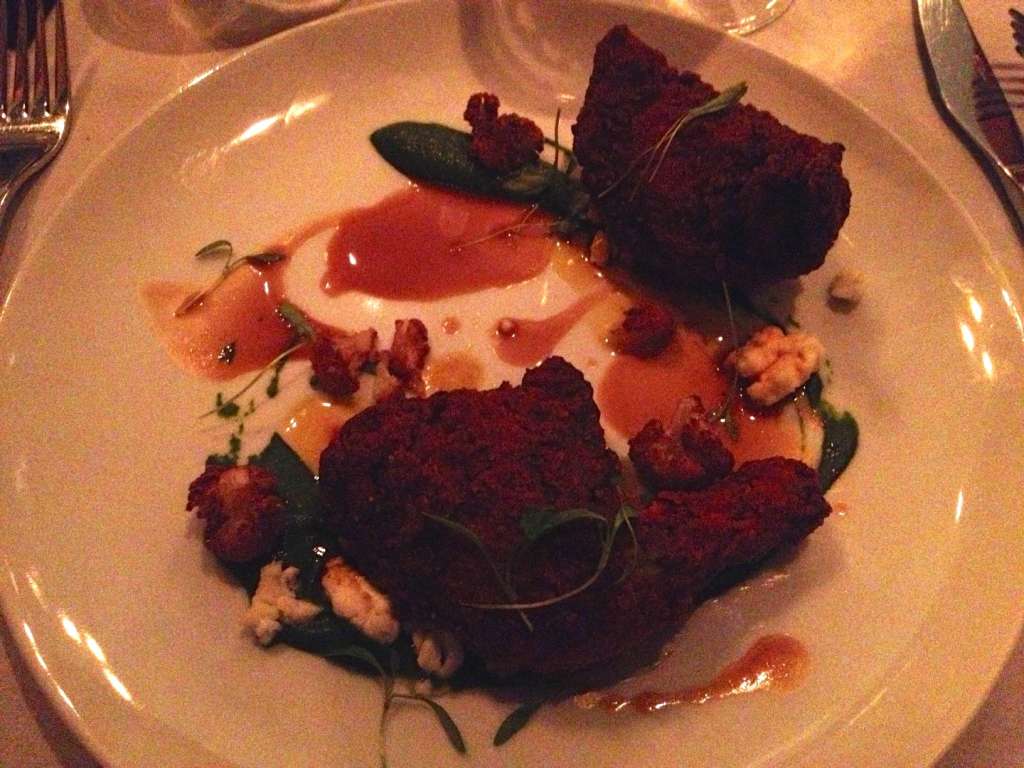 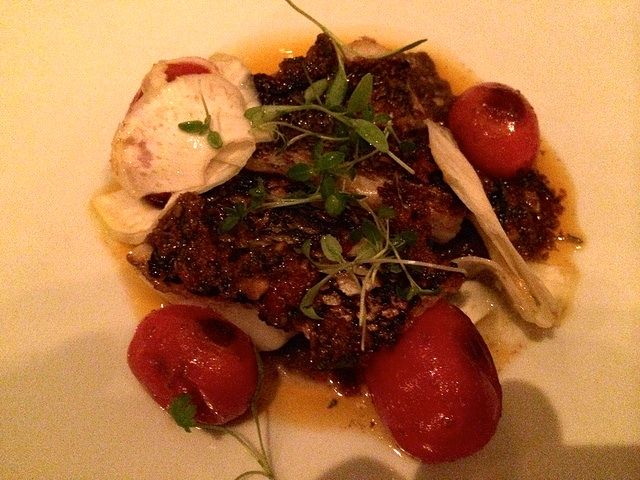 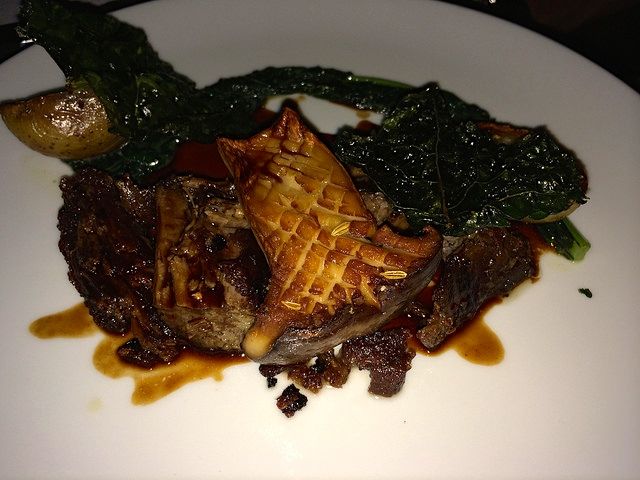 Time for dessert—and all the options sounded delicious, including the cheese plate. We decided to order all four of the sweet offerings, one for each of us, plus the cheese plate for a supplement on the bill. This was definite total overload but how could we resist? I liked that most of the desserts were not too heavy or rich, and relied more on fruit and sweet-salty flavors instead of being overly rich and decadent. 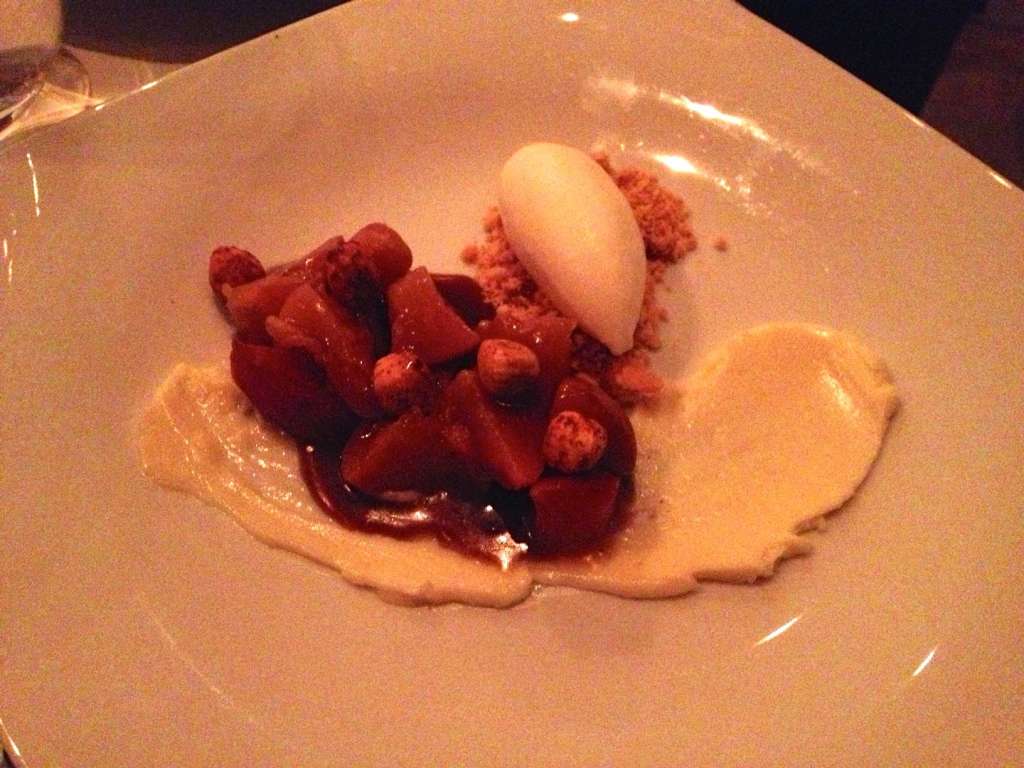 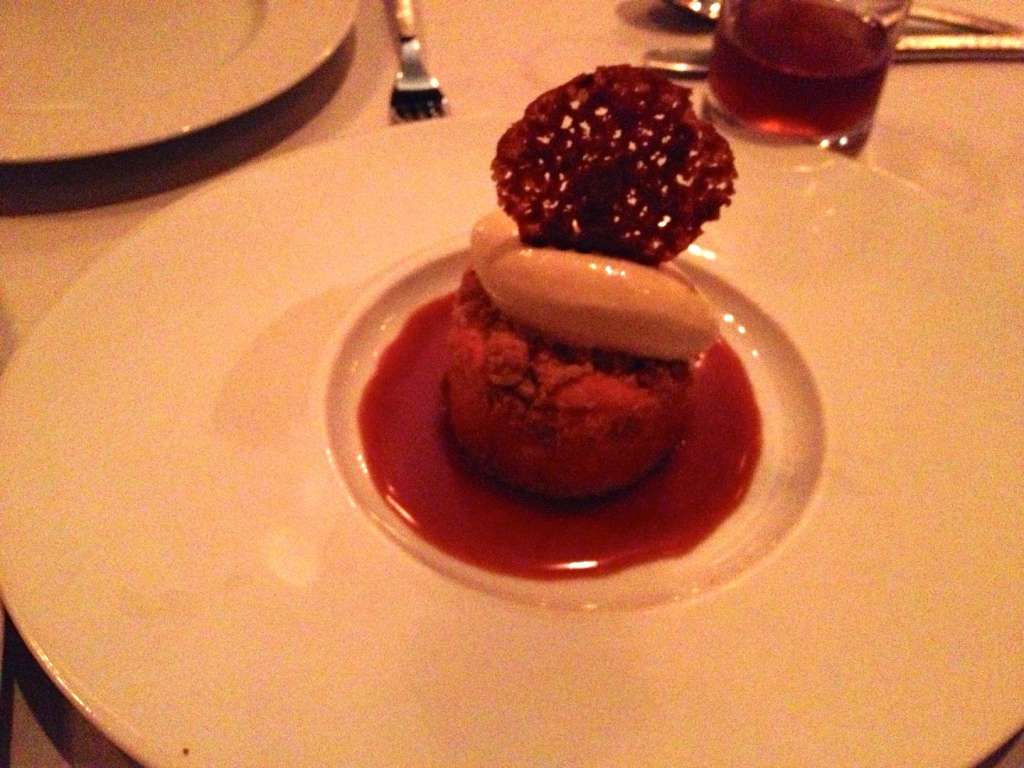 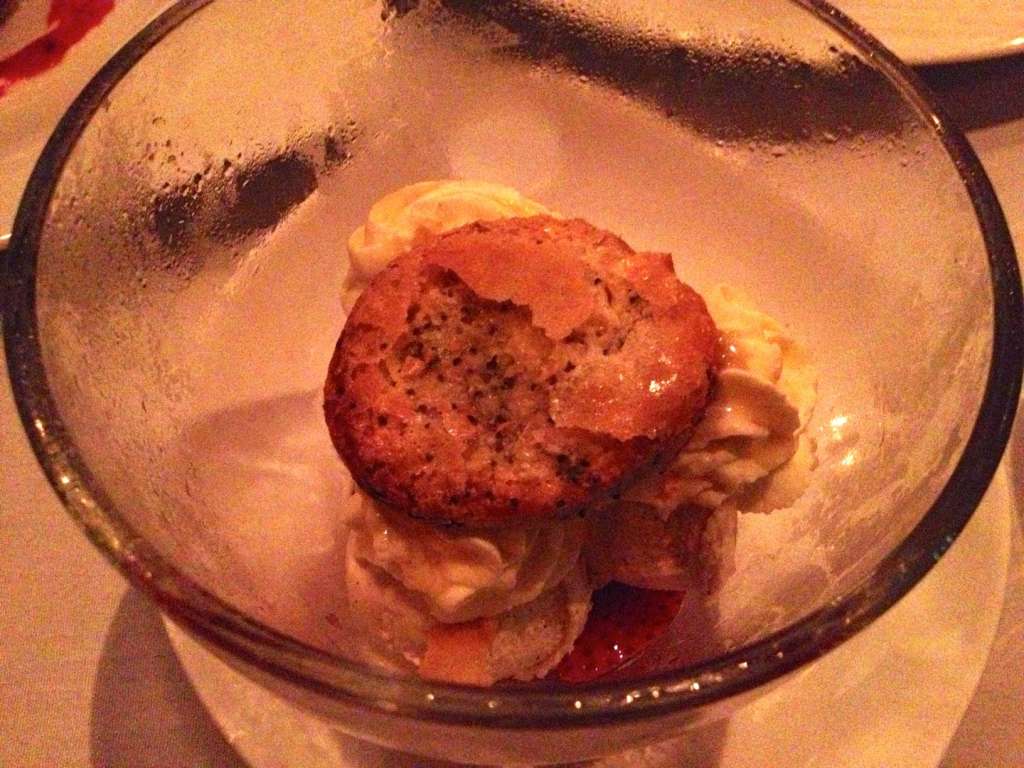 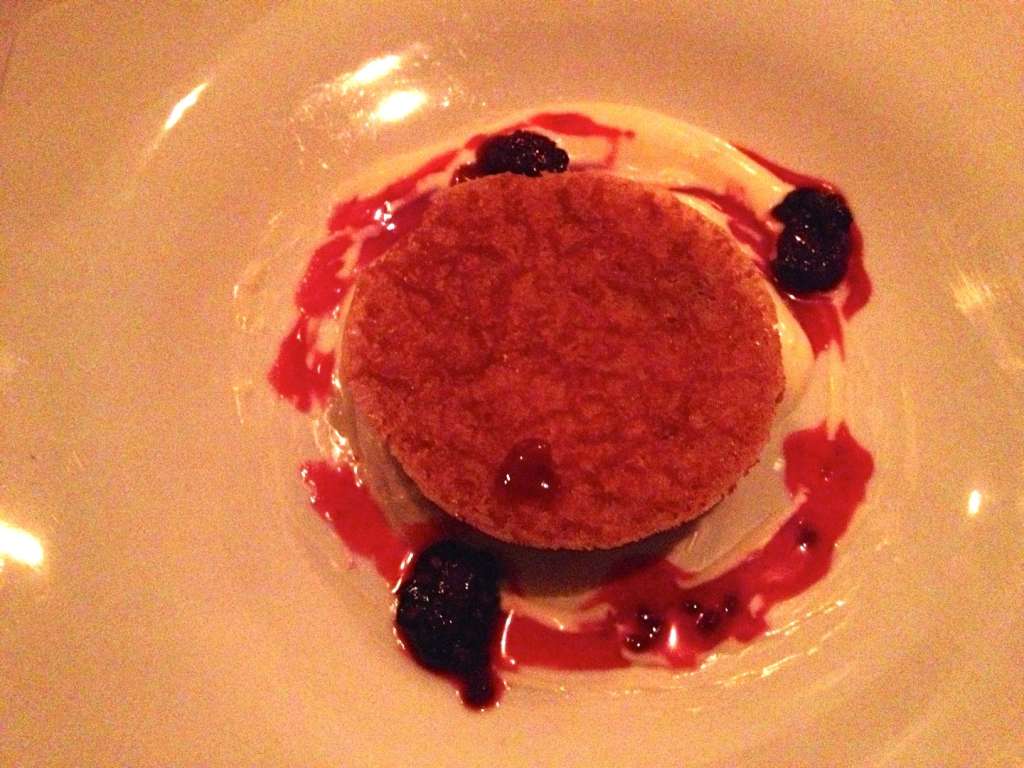 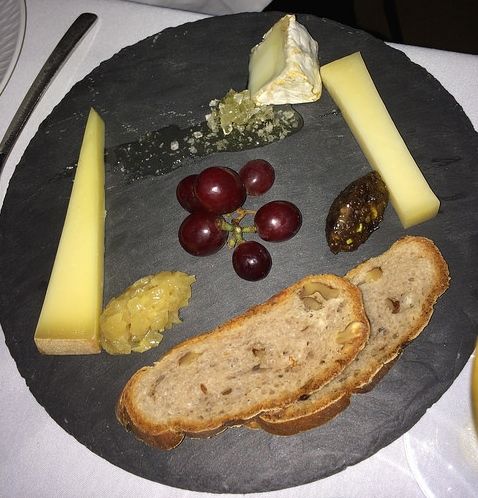 Throughout the meal, the wine pairings offered (including with dessert) were interesting and bottles I likely would not have ordered on my own. That said, a few times I preferred the wine one of my companions got over my own; for instance, I liked the pinot noir my sweetie got with his entrée paired with my game hen more than the white wine I received. But wine pairing is always a personal thing, so I say use your own judgement here whether you’d prefer to go with the course-by-course pairings offered or simply stick with the bottles on the Sbraga menu (bottles start in the mid-$40s and go (way) up from there).

Our server was attentive and helpful in suggesting which offerings on the menu would follow well after each other, and which ones she suggested as especially worth trying currently. I know some people have complained about the speed of service for the tasting menu but we had no such complaints on a busy Friday evening. We arrived at 8pm and were finished by about 10:30…and we could have easily lingered a little bit longer if the sweetie and I had to get our car out of parking by 11pm.

Was it pricey? Yes, sure. Worth the splurge? Absolutely. I definitely would save up to return again in the future for a special occasion meal, and it’s especially worthwhile when you can go with a larger party to really sample and delight in all of the amazing flavors and dishes available.