This was to be our last full day in Naples, yet we would be spending it largely elsewhere: visiting the archeological site of Herculaneum. Destroyed in the same 79 AD eruption of Vesuvius that buried Pompeii, Herculaneum is a smaller site that is actually better preserved than its more well-known “sister city”.  Buried under approximately 20 meters of ash, wooden beams and household items are preserved here (even some food as well!), and the frescoes on many walls are more complete and vibrant.  There is even an ancient wooden boat which had been found at the shoreline, along with the skeletal remains of some 300 people who tried to flee but were caught in the unsurvivable blast of hot ash. 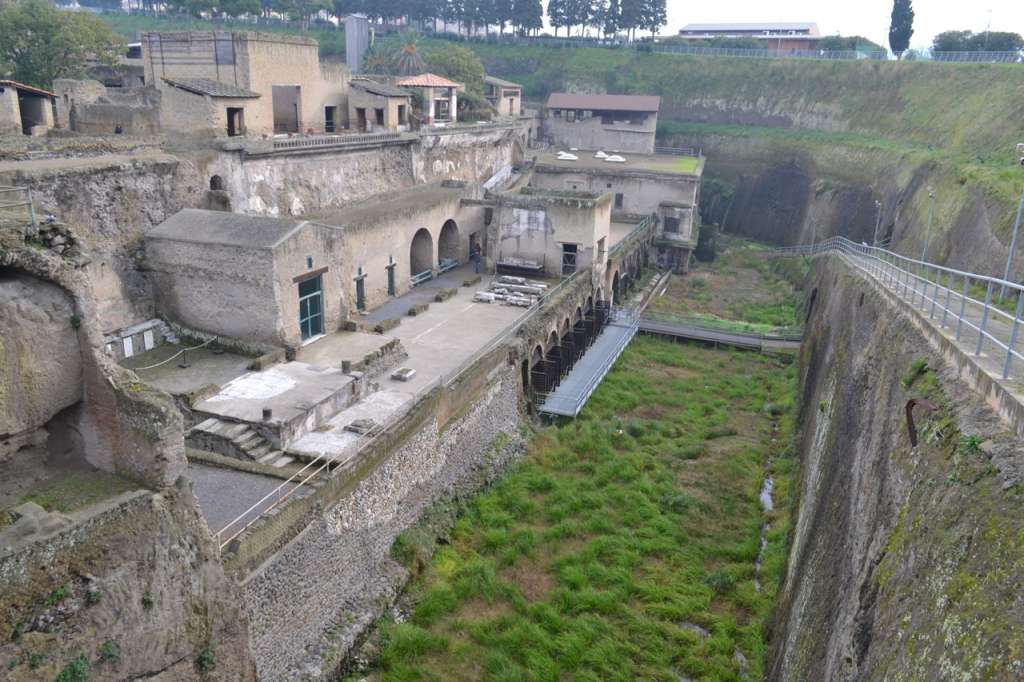 At one time this was the shoreline of Herculaneum. You can see just how deeply the town was buried under ash.

Getting to Herculaneum is easy from Naples, just a 20 minute ride on the same Circumvesuviana train that goes to Pompeii. From the train station it is a short walk through the modern city of Ercolano—which in fact is located directly on top of the majority of still-buried Herculaneum. This situation has contributed to the difficulty in both preserving the uncovered remains of the ancient city as well as continuing to excavate any more of the site. One can only imagine what may lie yet beneath the modern city, perhaps never to be uncovered. 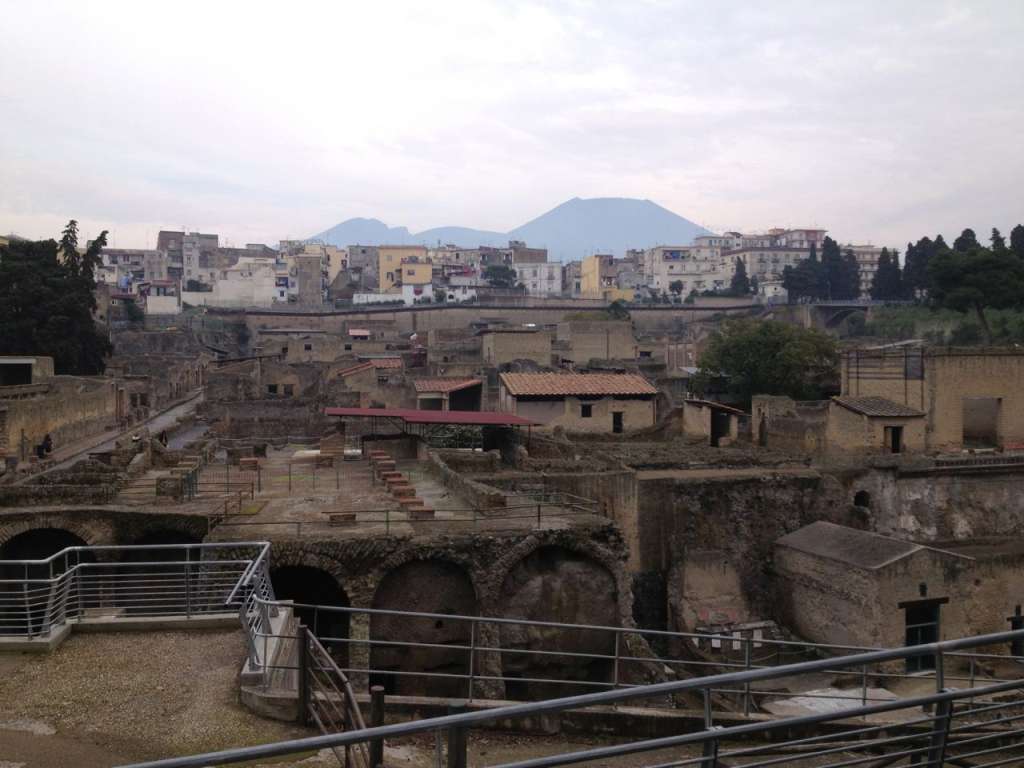 Layers of history: the archeological site of Herculaneum with Ercolano and Vesuvius in the background. 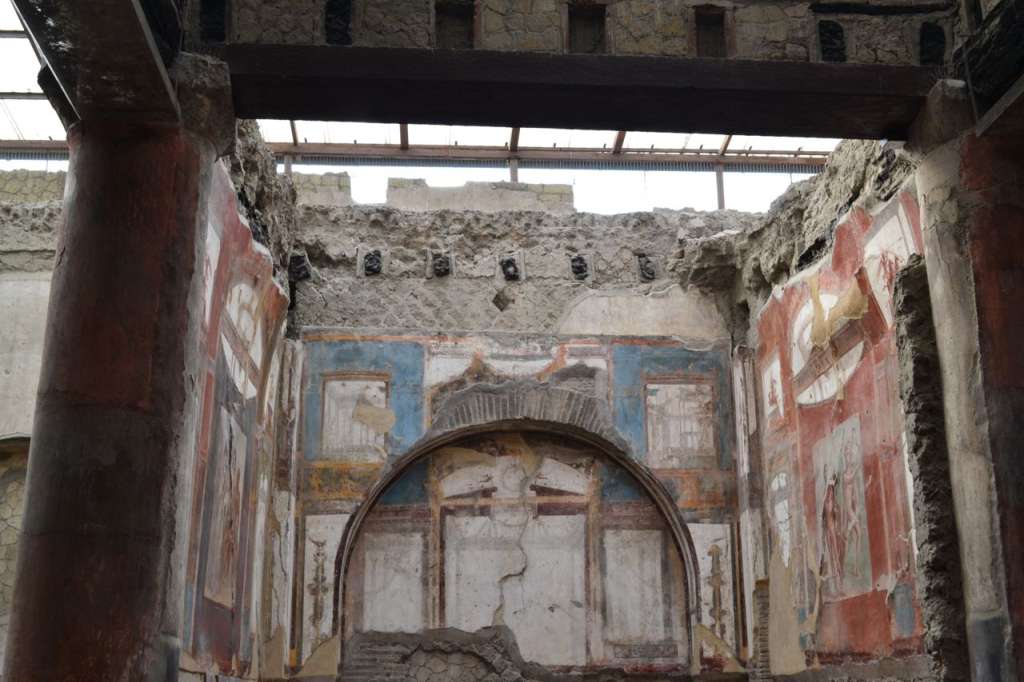 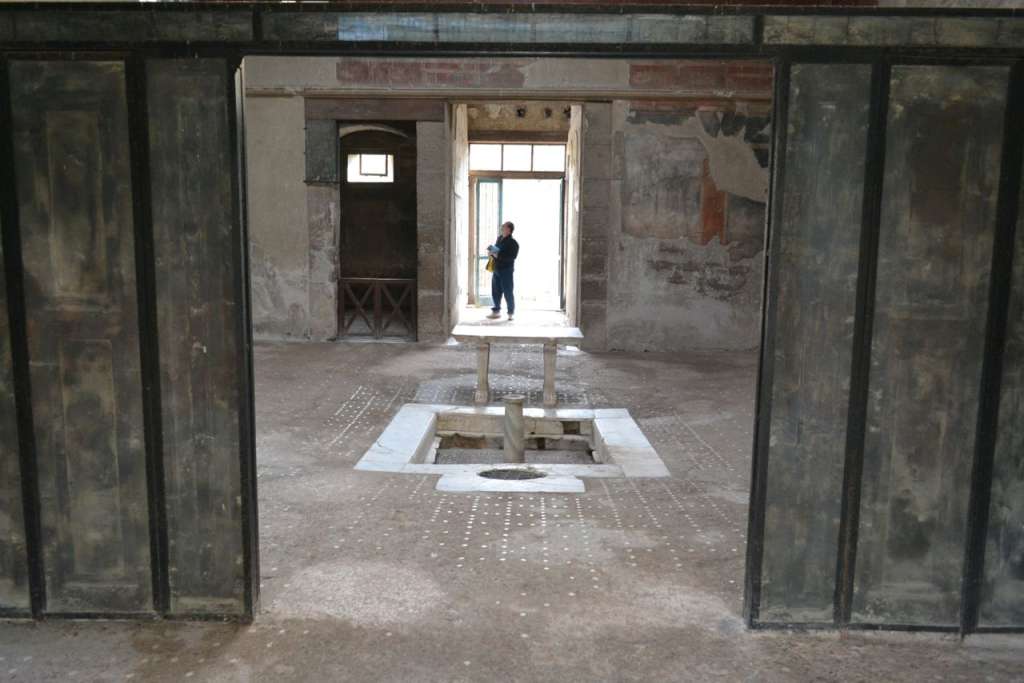 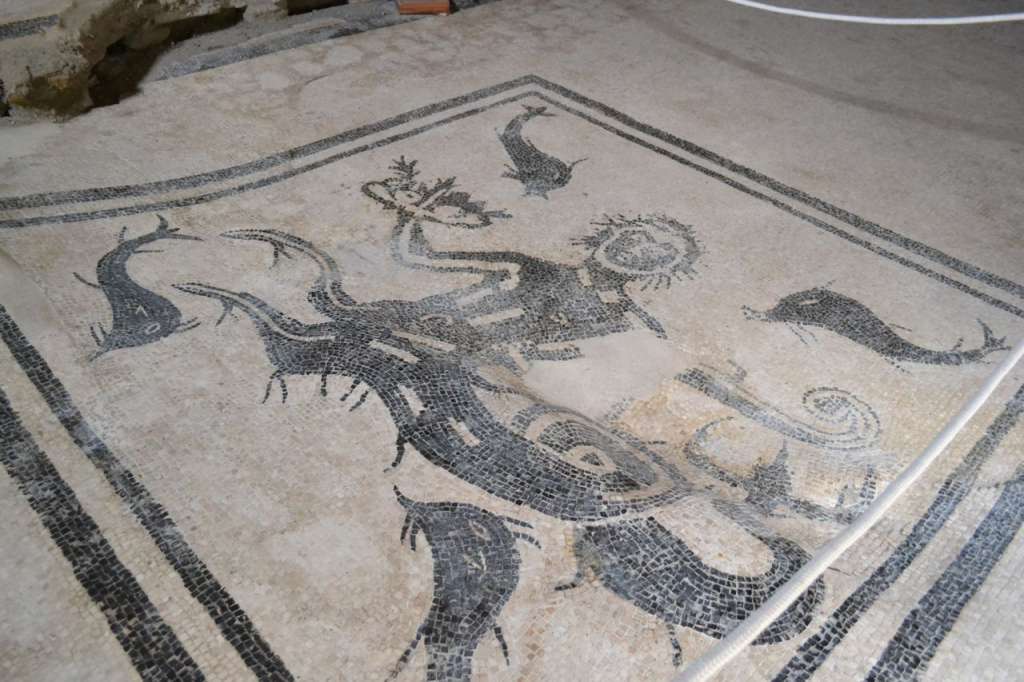 Mosaic-tiled floor in the baths.

We spent about three hours exploring the site, before heading back toward the train station. Along the way we stopped for a late lunch in town, at one of the only places open at 3 in the afternoon: Ristorante Pizzeria La Fornacella.  My original thought was just to have a panini, but sweetie was tempted by pasta as he always is. I had an okay if not really memorable plate of gnocchi in tomato sauce and mozzarella; he had paccheri in tomato and riccotta sauce which I think was a tastier dish. I do recall the bread was excellent and we enjoyed a nice carafe of wine with the lunch, which was a needed break before heading back to Naples.

We had one last place we absolutely could not miss visiting, even if just for a few hours: the National Archeological Museum, the one which had just been around the corner of our apartment all week! The museum stays open until 7:30 at night, so we had three hours or so to explore by the time we got there by taxi from the train station. Unfortunately we were told that a number of exhibits were not open that day due to understaffing, but the rooms we most wanted to see related to the artifacts from Pompeii and Hercualeum were. 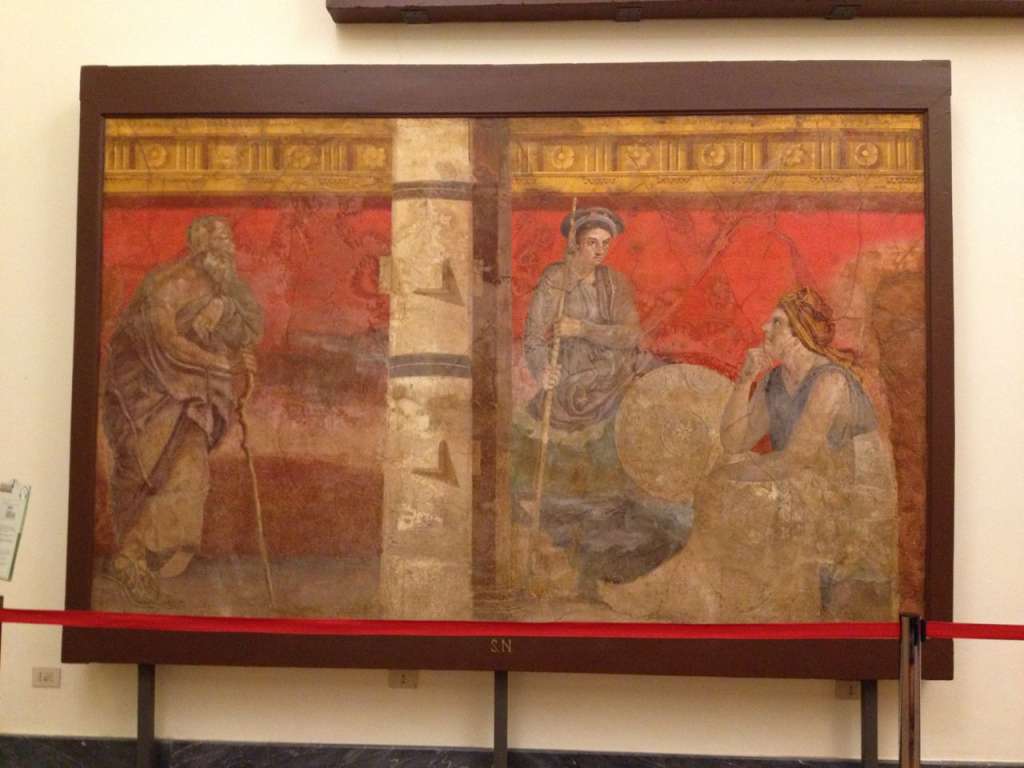 I definitely recommend going to the museum after visiting the archeological sites themselves. It helps put the artifacts, artwork and mosaics in their proper context, and visualize just how stunningly beautiful these Roman cities must have been in their time. The level of skill in the paintings and mosaics greatly impressed as well, from their anatomical details to the use of perspective. It clearly illustrated how much artistic knowledge was lost during the Dark Ages and before rediscovery in the Renaissance. 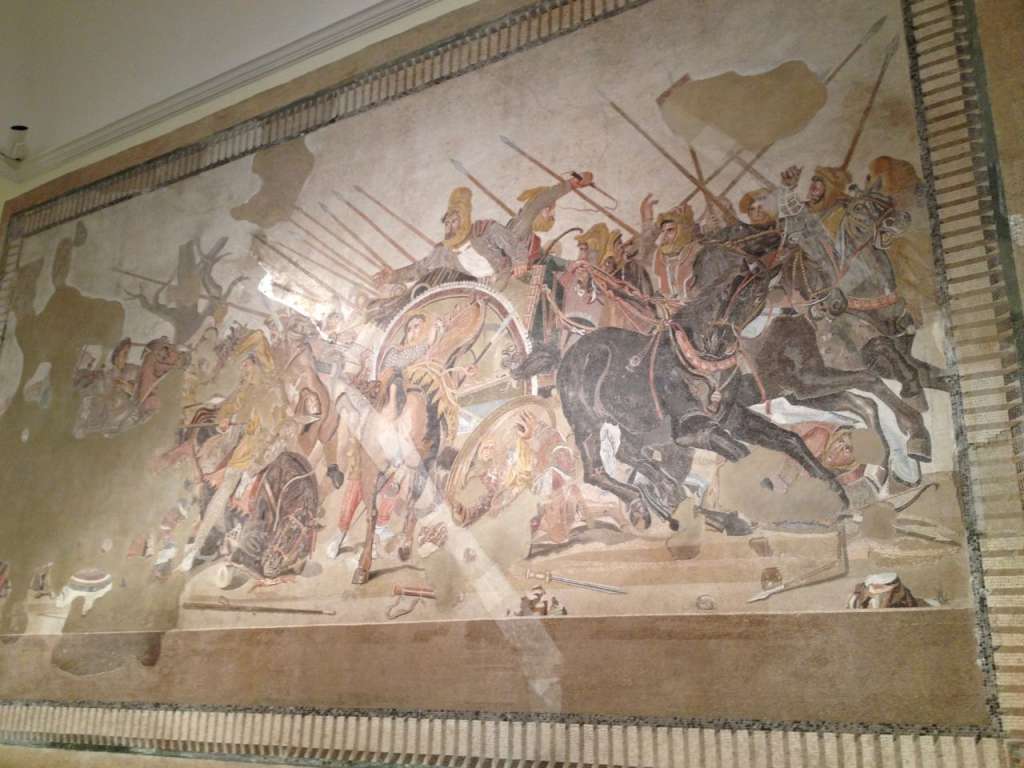 The famous Alexander Mosaic, originally from the House of the Faun in Pompeii.

We left the museum a little after 7pm,  and decided to just call it a final pizza night before heading out the next day to Salerno. We’d had such good pizza at Lombardi a S. Chiara a few days before, we decided to go back for our “last meal”. Sweetie had a traditional Margherita while I went for the buffalo mozzarella with cherry tomatoes and basil. Delicious, once again. We were really going to miss the pizza in this town! 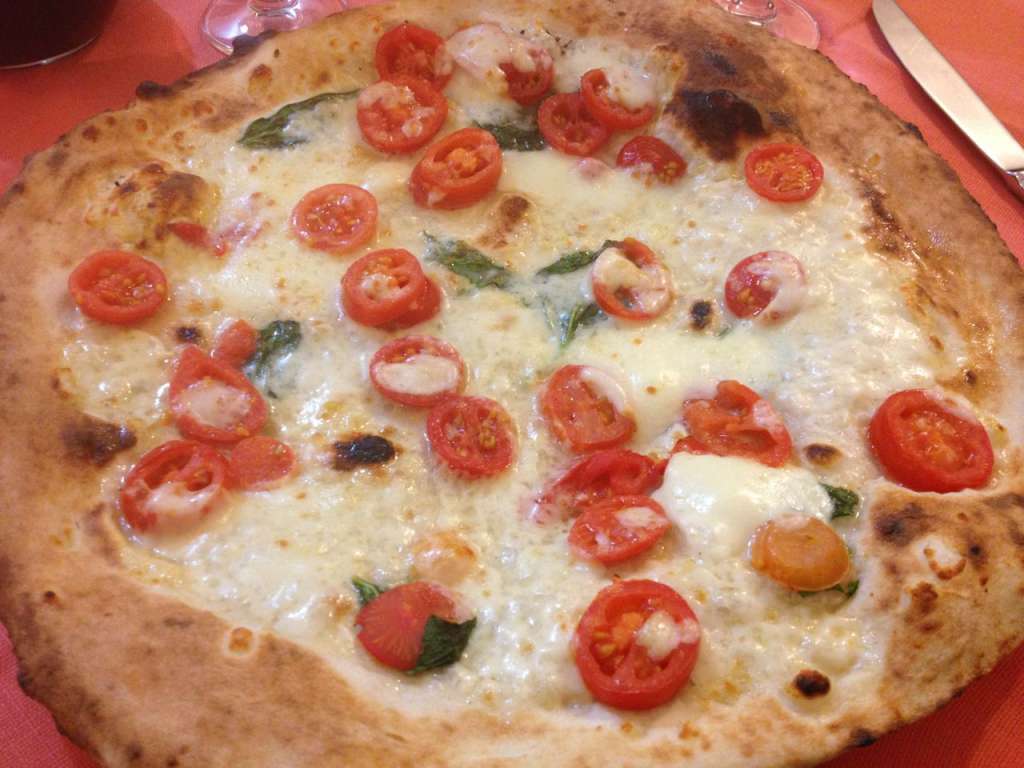 After that, it was simply time to go back to our apartment for one last climb up the staircase and collapse. We’d deal with packing in the morning…