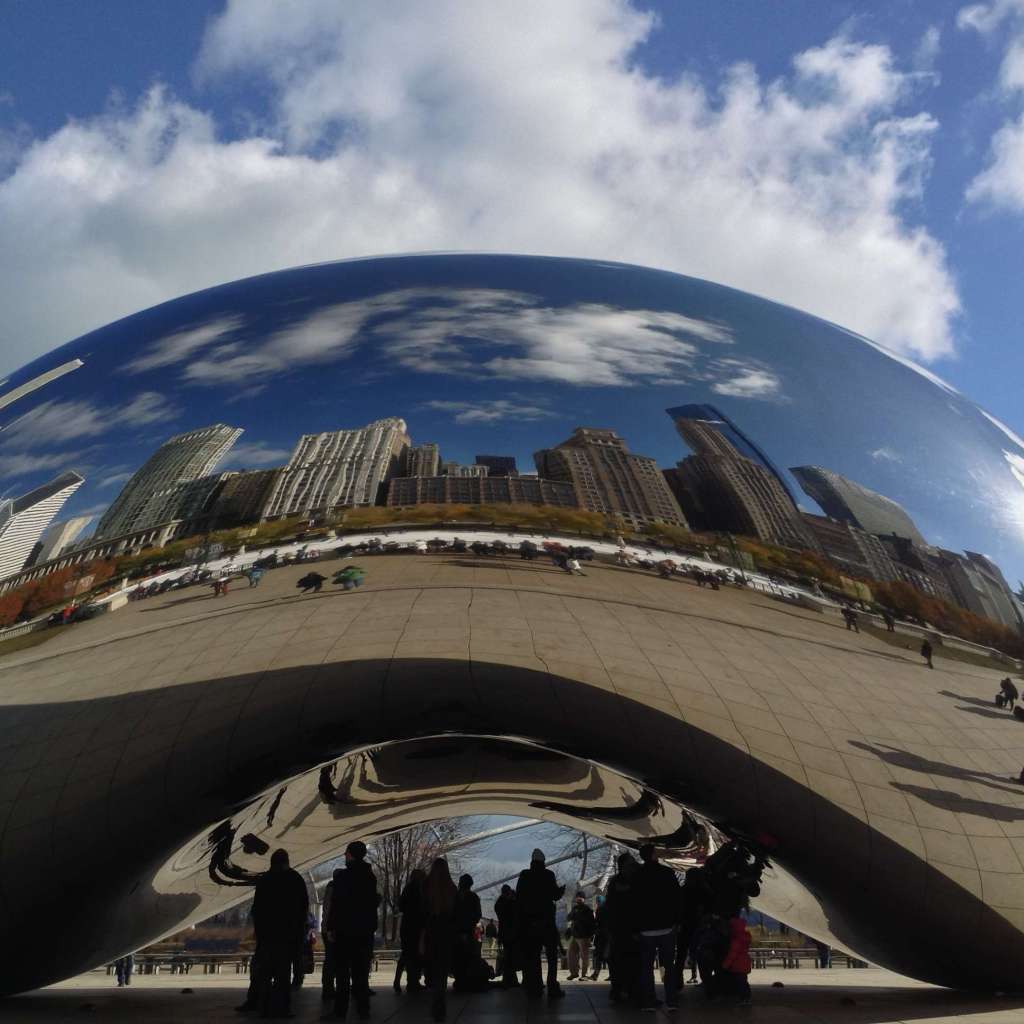 I am just back from three fabulous days of vacation time in Chicago—days which were spent exploring the city’s artistic, architectural and of course culinary treasures. Chicago has become one of the United States’ top “foodie” destinations in recent years, perhaps only just rivaling New York City for the variety, quality, and trendiness of dining options available.

I was very fortunate to sample a number of the Chicago’s top spots for food and drink even without extensive advance reservations, but with the great advice of some local friends and the “Chowhounds” of Chicago who were excellent in their advice. I’ll go restaurant by restaurant, meal by meal, as there was too much good stuff to just condense into a daily or overall report.

So let’s start with my first meal at Terzo Piano, at the Art Institute of Chicago.

This was a Chowhound recommendation, as I mentioned we’d be spending at least one full day at the AIC to see their special exhibit on Artemesia Gentileschi. I was told that Terzo Piano was an absolute must if spending the day there, and was glad that I checked on OpenTable and made a last-minute Saturday lunch reservation (hardly any spots were open).  After about two hours in the exhibit and exploring part of the museum’s wonderful European painting collection, we needed a good break before exploring further.

It was a little tricky finding our way to the one access elevator/escalator for the restaurant in the modern wing. Once we got there we found a brilliant white, modern restaurant which reminded my SO of Pod in Philadelphia. Others have said it’s like dining inside of an iPad or iPod and I’d say the comparison is just: it’s all white, clean lines, sterile and modernist.

The menu for both food and drink is short but pleasantly seasonal and local. We started with a Autumn Sangria for the SO and a Cider Punch for me. I loved the Cider Punch, made from rye, brandy, cider and cranberries. He loved the sangria with its poached pears, white cranberry, and spicy touch from ginger and allspice. 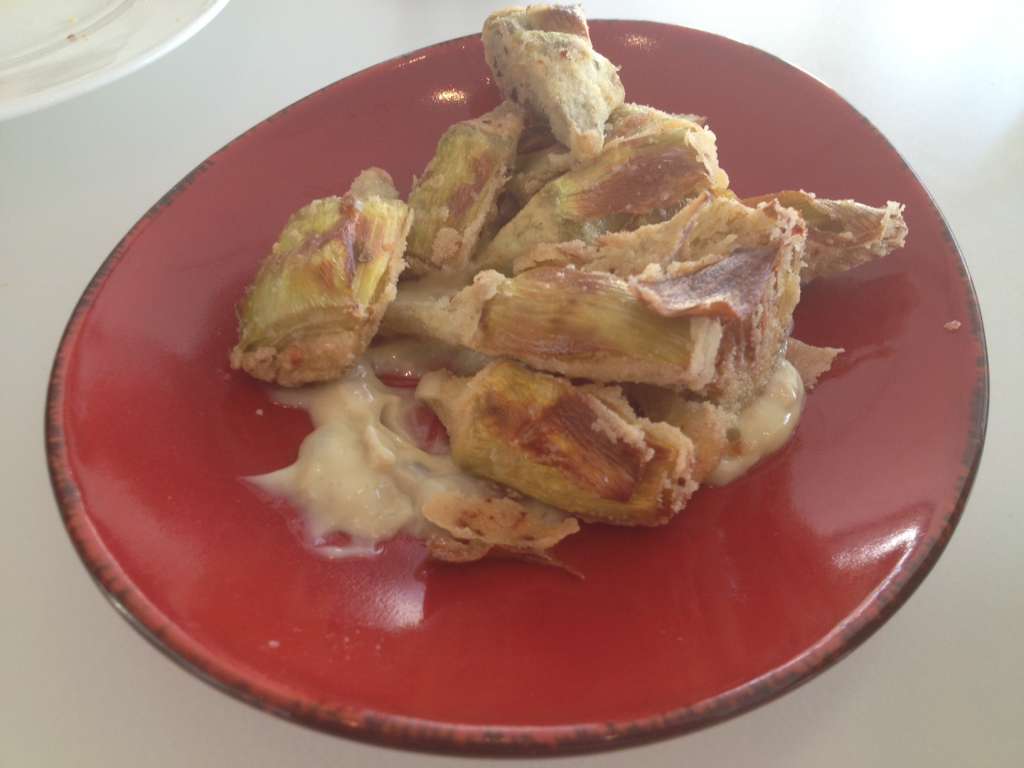 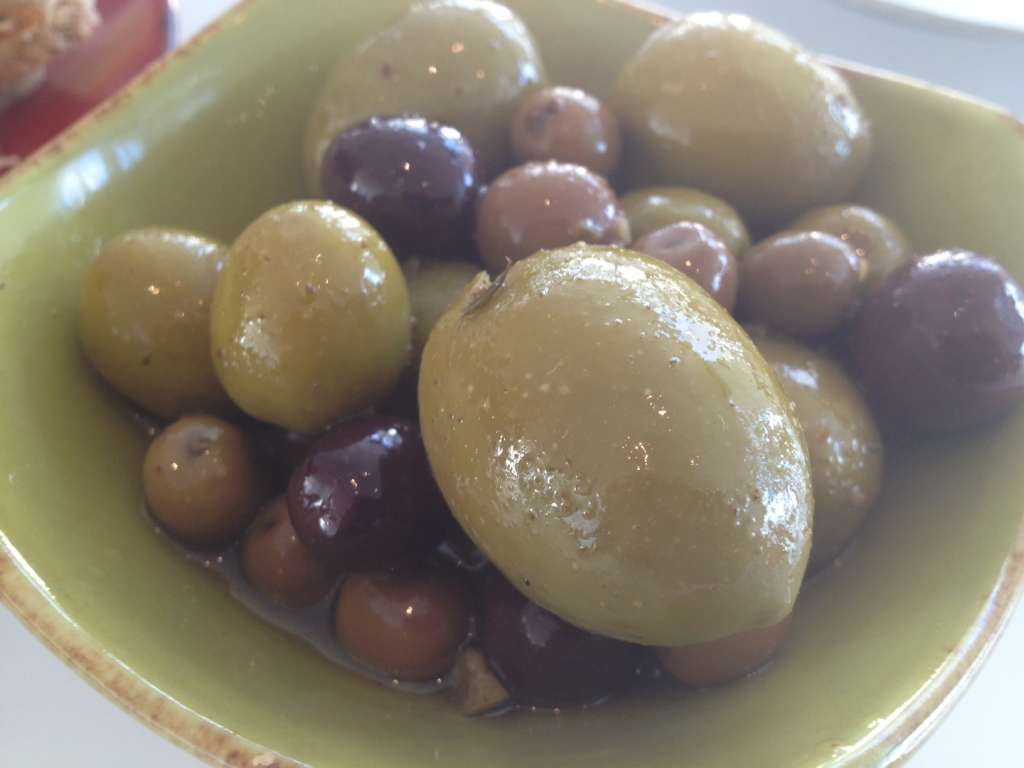 I didn’t want us to eat too heavy as we had reservations at iNG that night, for the 10-course Dali menu. So we stuck to two small plates, a pasta and a sandwich. The crispy fried artichokes in anchovy aioli were truly the best fried artichokes I’ve had outside of Italy: light, crisp and the anchovy sauce was  a perfect touch. We also ordered their marinated olives which were enjoyable with the hot fresh bread. 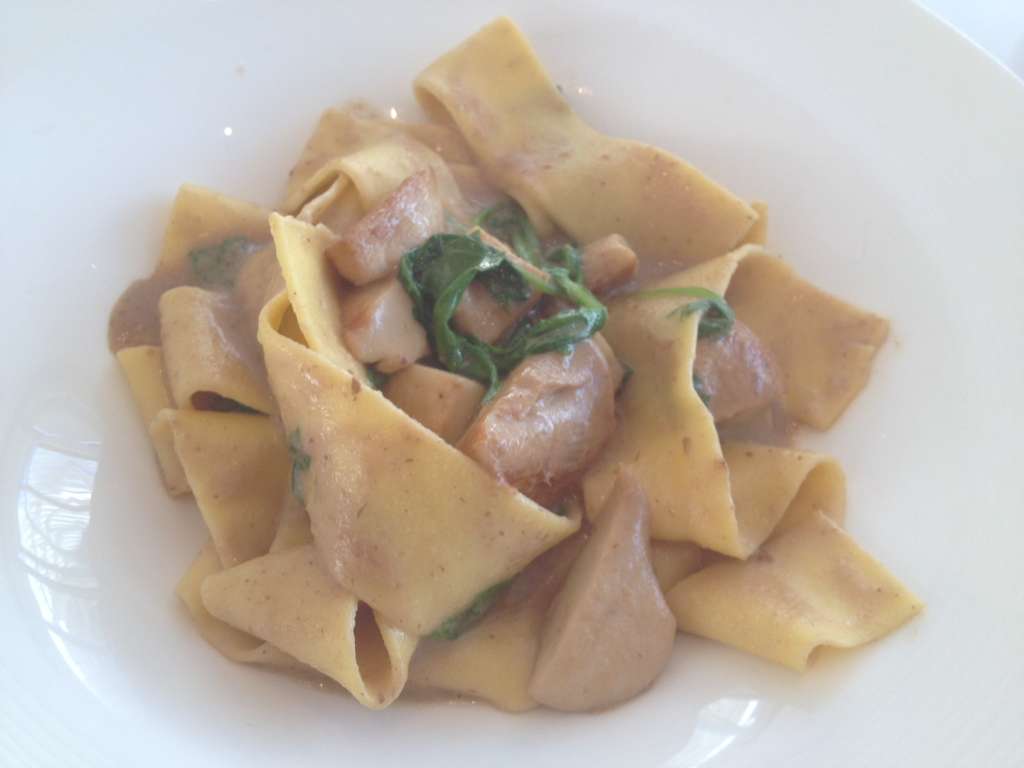 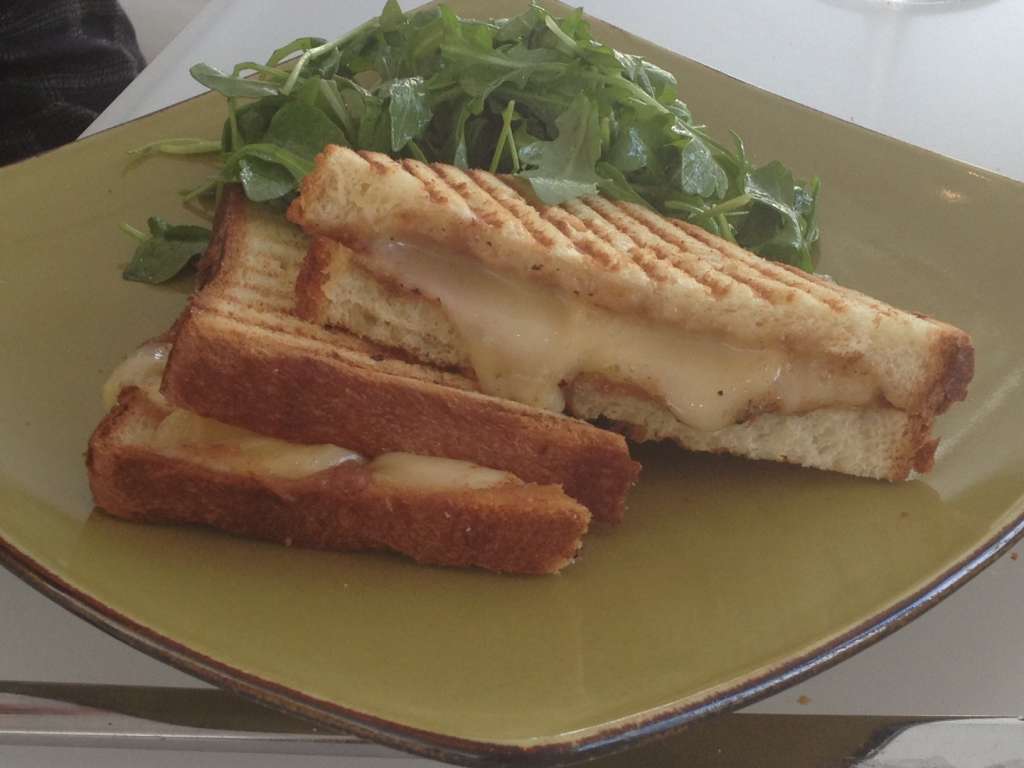 I went for a pasta of hand-cut tagliatelle pasta with mushrooms (matsutake?)  in a mushroom cream sauce and arugula. This had all of the flavors of autumn I could want: it was earthy, warming and satisfying without being overly heavy.  The SO had their grilled cheese sandwich of Old Europe brie, candied hazelnut spread and pear butter on New England Pullman bread – just named one of the 10 Must-Try Gourmet Grilled Cheeses in Chicago! I’ll say it was tasty, but a little sweet and rich for me to have more than a few bites; for me a little hazelnut goes a long way, and this was almost a dessert grilled cheese sandwich—not that that’s necessarily a bad thing!

I only had one quibble with our experience at Terzo Piano and that was in regards to the service. Initially our server was very attentive when we were seated at 12:45. However when a runner brought out our entrees, our waiter was nowhere to be found, or at least nowhere near our table and I really would have liked to have ordered a nice glass of red wine to enjoy with my pasta. He never came back to check on us nor were there any other servers around I could attempt to flag down for at least 15 minutes…by which point I’d completely finished my dish and only wanted a cup of espresso before going back to the museum.  I could see it was a busy Saturday, but still…they seemed understaffed and I watched our waiter spend a lot of time at (larger) other tables long before returning to check on us.

To sum up: very good food and drinks, modern and refreshing atmosphere, perhaps either understaffed or needing better trained staff at least on weekends. I’d recommend especially if you are at the museum on a non-prime traffic day, where you can enjoy the food and drink without having to try to flag down the waitstaff.