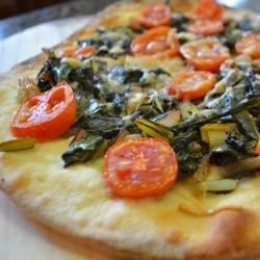 I love making homemade pizza, especially coming up with new and interesting pizza flavor combinations to try when certain vegetables are at their peak and can be showcased for a wonderful and unexpected meal.

This past week I saw some beautiful rainbow chard at the farmers market and I couldn’t resist buying some to cook up at home. But how to prepare it? Dark greens can be a little bitter on their own, and often their nutritious value can be drowned out in a heavy fat-and-bacon style of preparation. I wanted to try something lighter yet still filling, so the idea of making a Rainbow Chard Pizza came to mind.

Why You Should Eat Rainbow Chard

About this nutritious dark green vegetable 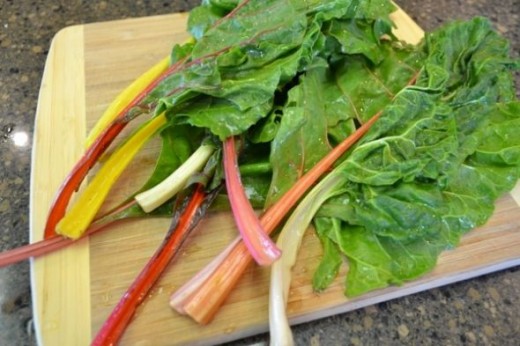 Chard is actually part of the Chenopod family of flowering plants, closely related to beets. However, unlike beets, chard has been bred for its highly nutritious and tasty leaves at the expense of a large root. Like other leafy greens, it is considered one of the healthiest vegetables you can consume, rich in many vitamins and minerals including Vitamins A, C and K, magnesium, manganese, potassium and iron. It is also rich in phytonutrients which are beneficial as anti-oxidants, anti-inflammatory agents, and in regulation blood sugar levels. (Source.)

The term “Rainbow Chard” is actually a bit of a misnomer, as it just implies a mixture of certain color varieties of chard such as ‘Ruby Chard’ and ‘Rhubarb Chard’. Just like beets, chard can come in a number of different stem colors from dark red to yellow to white. It can be grown as either a Spring or Fall harvest plant as it does not do well in high summer temperatures but tends to be frost-resistant. The leaves do have a characteristic bitter flavor which is typically mellowed by cooking before consuming.

If you are unfamiliar with making pizza, I encourage you to first read my HubPages article How To Make Pizza At Home which details everything from the basic tools and ingredients needed for my own pizza dough recipe. I always make my own pizza dough and typically make enough at a time for 6-8 individual 12″ pizzas. That way I can freeze and store pizza dough for later use whenever I want it.Beyond the already prepared pizza dough, for this recipe you will need the following kitchen tools:

The recipe for Rainbow Chard Pizza that follows serves one as a filling dinner on its own, or two if served with a nice side salad or other side dish. You can also slice it into smaller bites for a great party dish or light bite appetizer before a heavier meal.I have recently come to appreciate garbanzo bean flour, not for preparing the pizza dough itself but for the final prep steps of rolling out the dough and dusting the pizza peel. Its coarse texture and nutty flavor can really add a unique touch to a hearty vegetable pie such as this one. If you don’t have garbanzo bean flour, however, regular flour will do just fine.

Make sure pizza stone is in place in oven, then preheat oven to 450 degrees F. 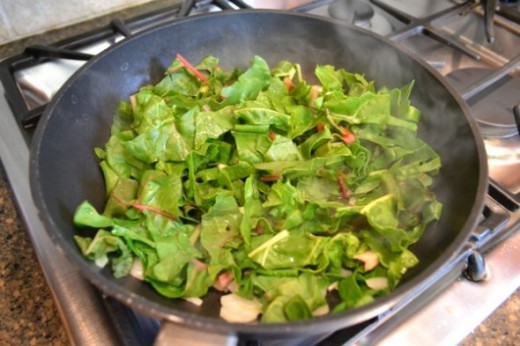 Stir occasionally and cook until the chard is wilted but not browned, approximately 8 minutes. 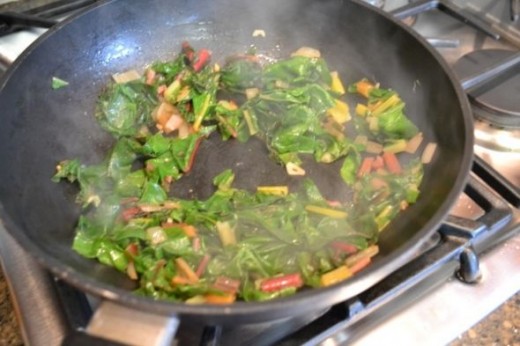 Dust your pizza peel with flour (preferably garbanzo bean/chick pea flour). Roll out pizza dough on peel until you have a 12″ round. Make sure dough is coated with enough flour that it is not sticking to the peel. 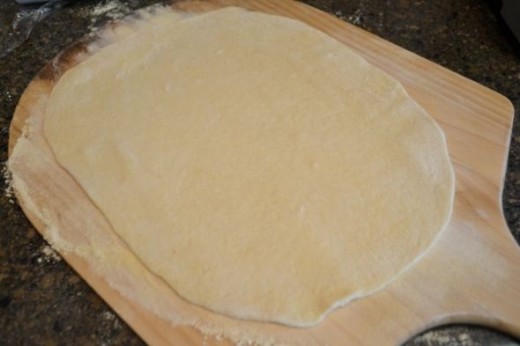 When chard is ready, add lemon juice and season with salt and pepper to taste. Top rolled-out dough with the chard, then the tomatoes. Grate cheese on top to taste. 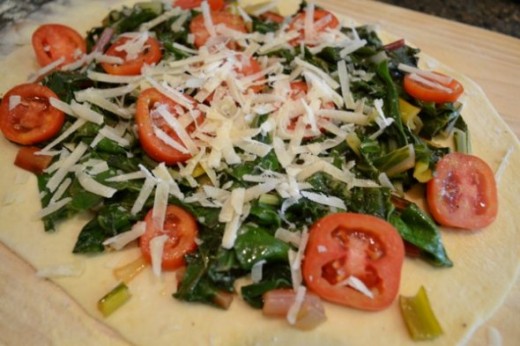 Carefully slide pizza into oven onto the preheated pizza stone. Bake until crust is cooked and browned, checking after 12 minutes for doneness (may take more or less time based on your pizza stone and oven.) 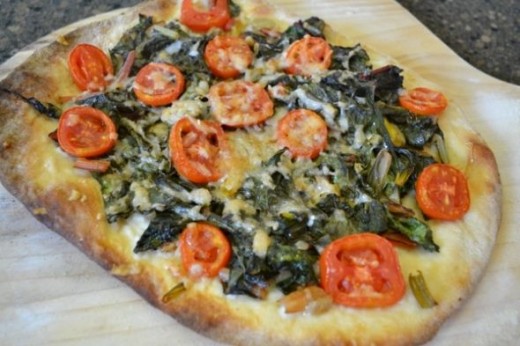 Allow pizza to cool slightly before slicing. May be topped with fresh chopped herbs or red pepper flakes, to taste.