“Best Ever” swordfish from “Best Ever Spanish” cookbook? 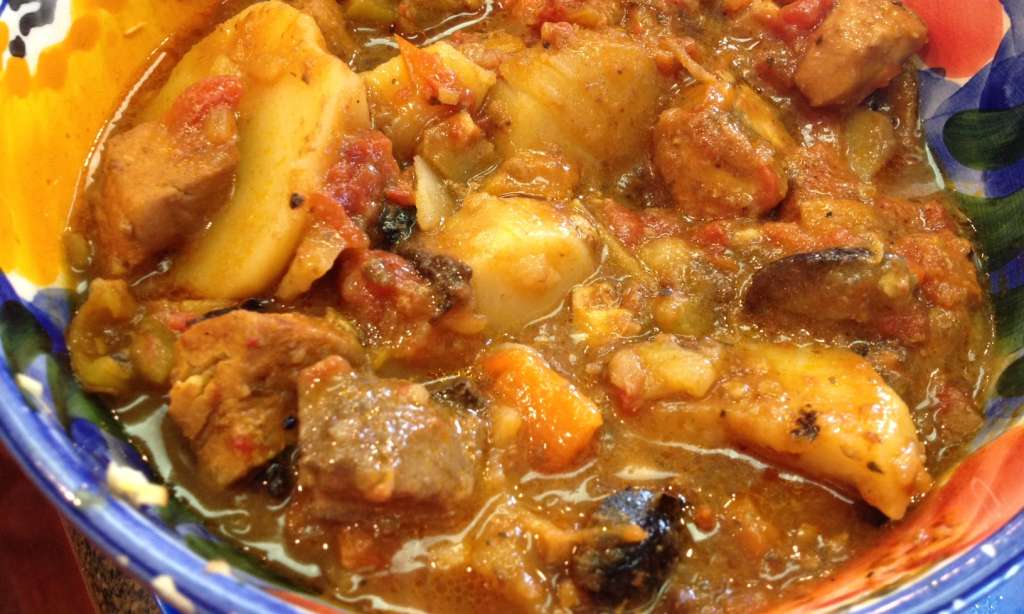 Well, perhaps “best ever” is a slight hyperbole, but I did prepare a fabulous swordfish stew this weekend that is one of the nicest preparations I’ve made of this fish before. Hence, why I had to make a quick post about it – mostly so I wouldn’t lose track of where I’d found the recipe!

It was simply called Spanish Swordfish Stew and came from a little cookbook called “Best Ever Spanish”. Just one of those bargain-priced cookbooks I’m always on the lookout for in bookshops. Many of these are “Best Ever” or “Greatest Ever” compilations published by Parragon Books in the UK, and I actually find them quite good references, especially them I’m just starting to explore a new-to-me-cuisine for the first time, like Spanish cooking.

This recipe was relatively simple to prepare with a pleasing combination of flavors: tomatoes, potatoes, black olives, peppers, garlic, and shallots. I cooked it stovetop in a terra cotta pot and the results were very pleasing – even actually the next day (today) when I warmed up the leftovers for lunch. Swordfish can really be a difficult fish to cook well, in my experience: to keep it moist and not have it dry out, and also to combat some of the heavier flavor of the fish that can sometimes be a bit off-putting.

In any event, I’ll definitely be trying more recipes from this cookbook now that this one came out so well!

This entry was posted in Cooking and tagged fish stew, spanish cooking, swordfish. Bookmark the permalink.