Well, it’s been a while since I’ve checked in, mostly as July was a horribly busy month with some serious ups and downs. One of the downs was me being out of commission with a bad summer bug for several weeks. I couldn’t even taste anything at all for most of a week – what a horrible waste in the middle of the New Jersey fruit and vegetable season!

But now things are coming back to me (including my taste buds) and it’s time to enjoy a few fresh flavors while I can.

One night this past week I was in the mood for some serious comfort food: scalloped potatoes and ham. Now, I know that’s more of a wintertime dish than one that screams summer, but I thought a neat way to put a twist on the dish would be to add in some lovely orange tomatoes from the farmers market. I ended up following this recipe for Gratin of Potatoes and Tomatoes, but added the cubed ham to it as my own twist instead of serving the ham on a side. I was using a ham steak instead of a full ham so it ended up working out perfectly. The cats enjoyed having a few extra pieces of ham to snack on while I was cooking. 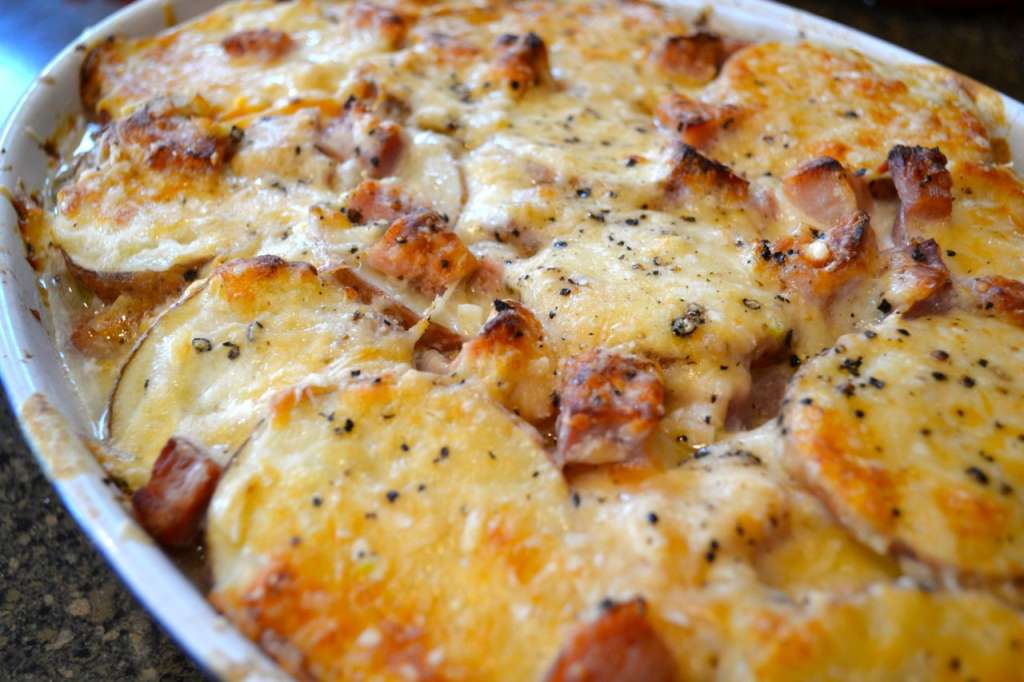 When my taste buds have been behaving, I have managed to enjoy a few summer salads with all of my favorite ingredients: fresh Jersey corn, tomatoes, peppers and baby greens. I’ve been trying out a few different recipes from Mexican Everyday by Rick Bayless

that made for great summer salad dressings, like the lime and cilantro one I used for this greens, tomato and charred pepper salad: 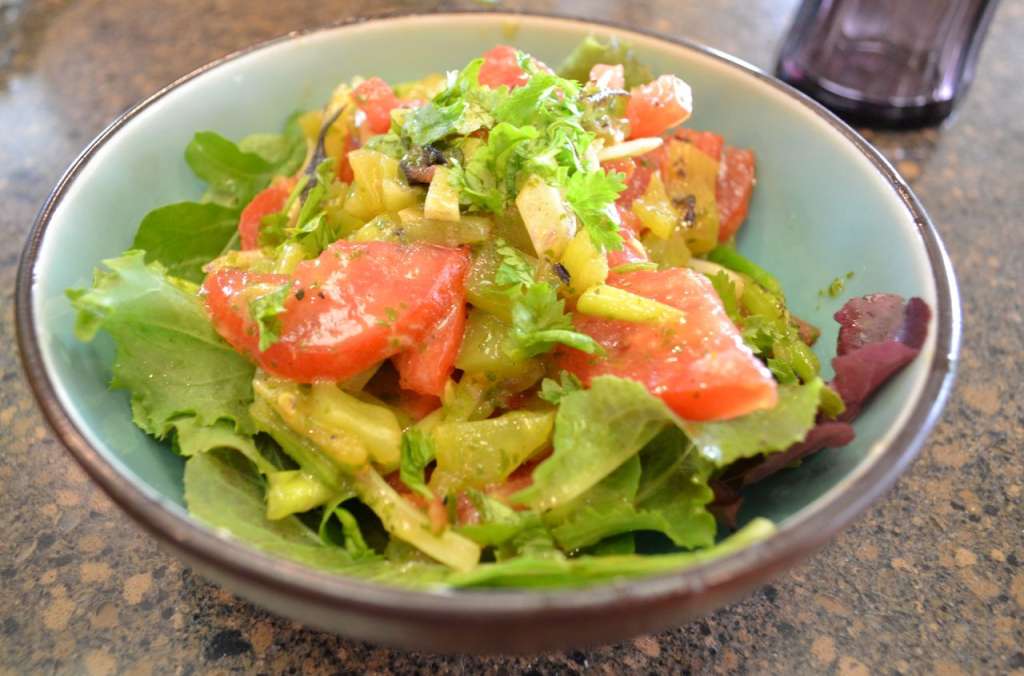 On another salad of greens, red cabbage, orange tomatoes I enjoyed the smoky flavors of his Toasted guajillo chile dressing: 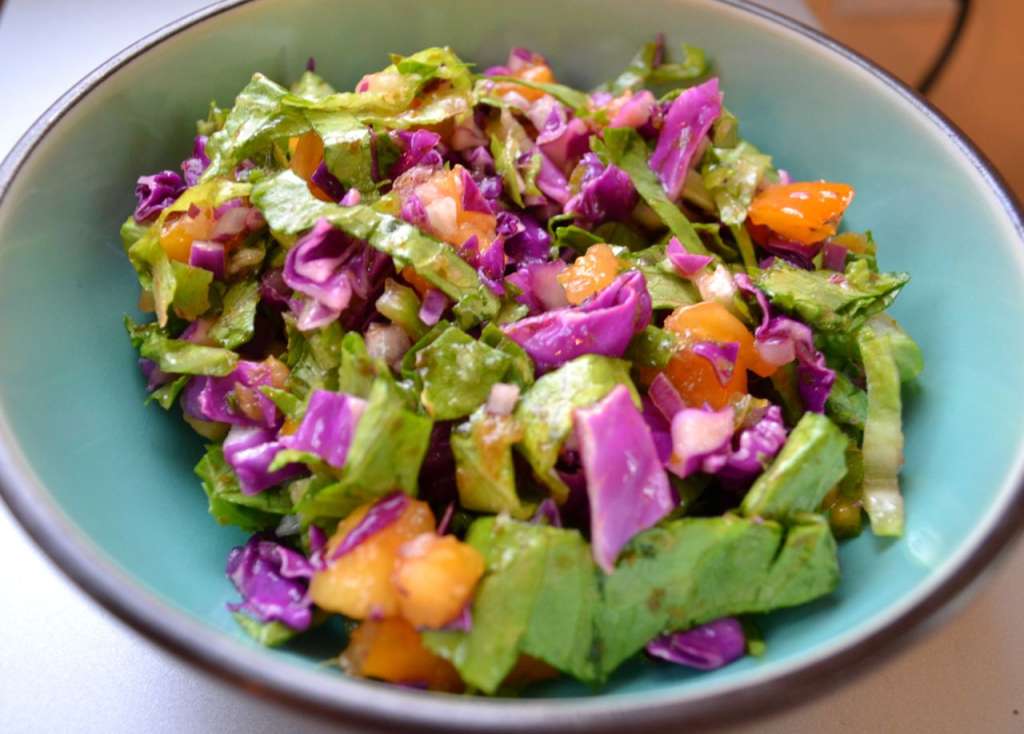 Corn salads are just perfect this time of the year, and one night I had to try a green bean, corn and tomato salad from Martha Stewart. I made it with some nice wax beans from the market and roasted the garlic to make it milder for the dressing. Definitely a keeper recipe for future meals… 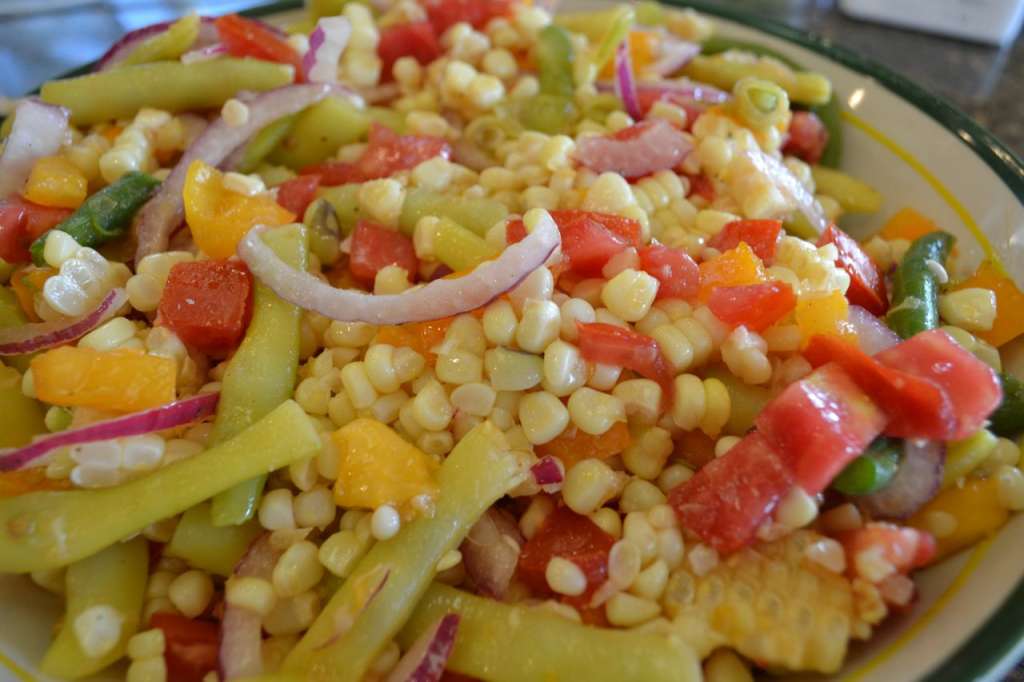 Other experiments from the past month that I really enjoyed included Alton Brown’s recipe for Olive Tapenade. The only change I made from his recipe was to saute the garlic first in olive oil, since I can’t do raw garlic with my intolerance. 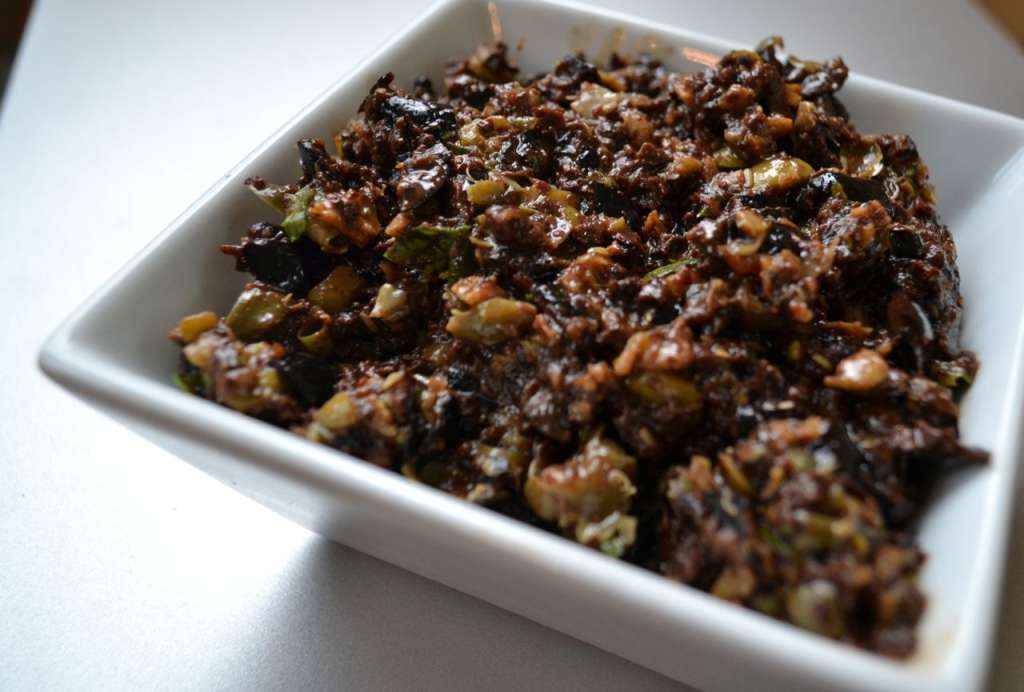 This was so much better than any jarred or pre-made tapenade I’ve ever had, I’m not adding it to my repertoire for holiday parties in the future. It’s perfect on grilled bread for bruschetta.

The last recipe I tried and will mention for now was a classic Ground Pork and Eggplant in Oyster Sauce, thanks to the Pinay In Texas Cooking Corner blog. I’m not always a big fan of the texture of eggplant but I had some really nice Japanese eggplants – and of course plenty of delicious ground pork from our family’s pastured pigs. The only change I made to the recipe was to add in some colorful bell peppers from the farm market for a little extra crunch and texture, and it was delicious! This is definitely a recipe I’ll make again when I want to do something spicy with ground pork. 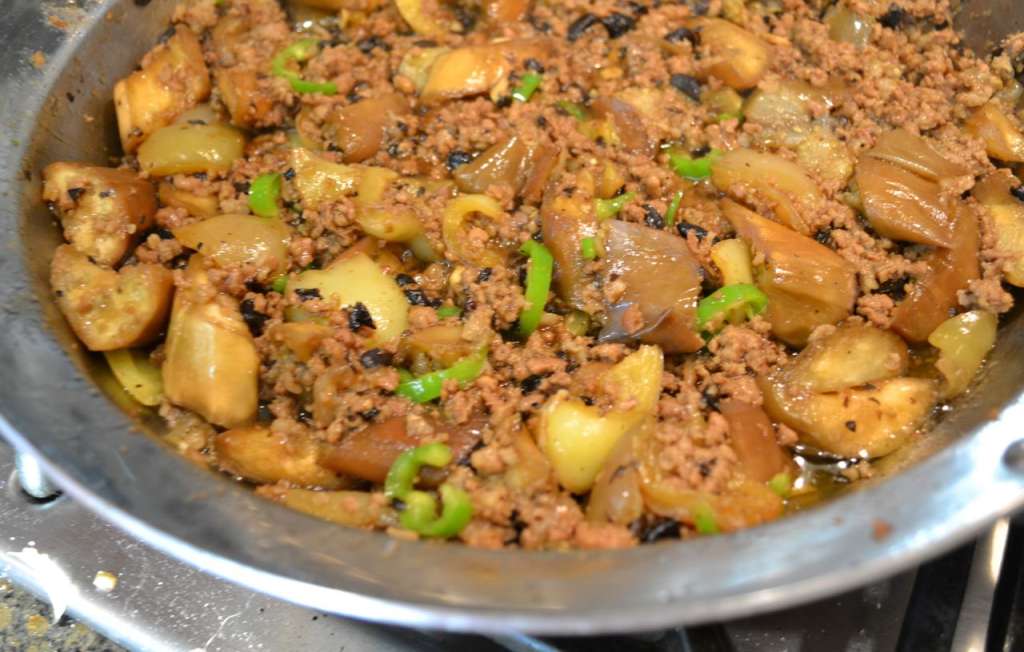 Next post I’ll talk about and share a few new recipes I’ve made up myself this summer…so more yumminess coming soon!