I was thrilled to recently learn that my old “Graduate Hospital” neighborhood in Philly was finally getting a sushi restaurant! I am still in the area frequently, including last week when I had the chance to enjoy two really delicious lunches at Kidari Sushi Yatai. It’s just about everything I could hope for and I predict I will soon be eating my way through most of the entire menu.

What had me especially excited about the opening of Kidari is learning that Sam Yoon, former sushi chef at Raw, was behind this new restaurant. I had always enjoyed his work at Raw so I had high expectations that the sushi would be of good quality – and it certainly is.

Kidari Sushi Yatai has done quite an admirable job of rennovating a narrow restaurant space which for some time has mostly been used for lunch counter/breakfast-food type operations. In fact it’s more comfortable, pleasantly decorated and inviting than some similar small sushi restaurants around Rittenhouse Square, such as Machi Sushi and Vic Sushi. When I arrived for my first lunch there I was warmly greeted by the one hostess/waitress, who quickly filled a water glass for me while I looked over the menu.

Kidari offers a fairly standard, modest selection of sushi assortments, rolls (both fancy and classic), salads and hot dishes. There are interesting small plates such as Shrimp Tempura with Citrus Tomato Salsa and Stir-Fried Spinach with Spicy Noodles, along with Korean dishes like Bul Don and Bi-Bim-Bap. I also noticed they have a nice selection of vegetarian options for a Japanese restaurant, including 9 maki rolls like a Vegetarian Dragon Roll (stir-fried corn salad and avocado on top of a spicy veggie roll…sounds interesting!) I was a bit disappointed not to see Chirashi, which is one of my standard “test” dishes to always order at a sushi restaurant. But they did offer “Cy-Sashimi Don” which I decided to try instead. Described as “Sliced sashimi with Korean citrus hot sauce”, it was really their version of Hoedeopbap – and not just beautifully served but delicious as well. I enjoyed most of the sashimi fish without the hot sauce as I wanted to appreciate the freshness of the fish. 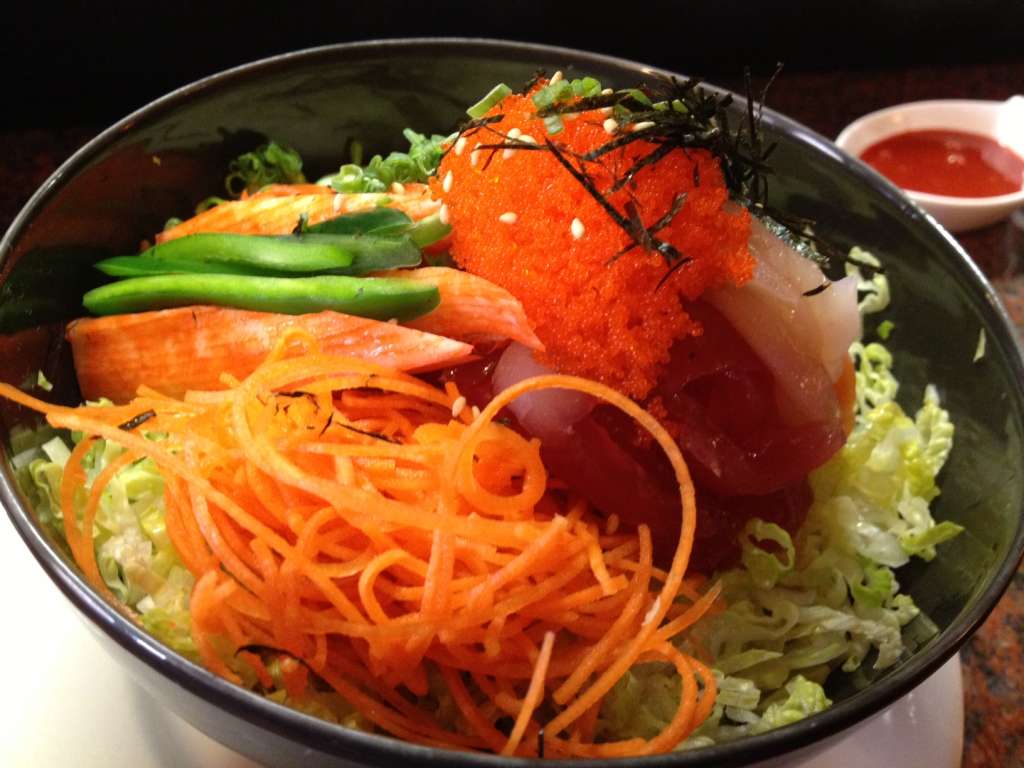 I left feeling satisfied and energized after such a good lunch, and was determined to return again as soon as possible to try a few more things. As soon as possible ended up being the very next day – and this time I wanted to try one of their hot small plates to start, the Wasabi Pork Dumplings with Jala Ponzu sauce. These were four beautiful, tender dumplings which definitely had a pleasant wasabi “burn” finish. 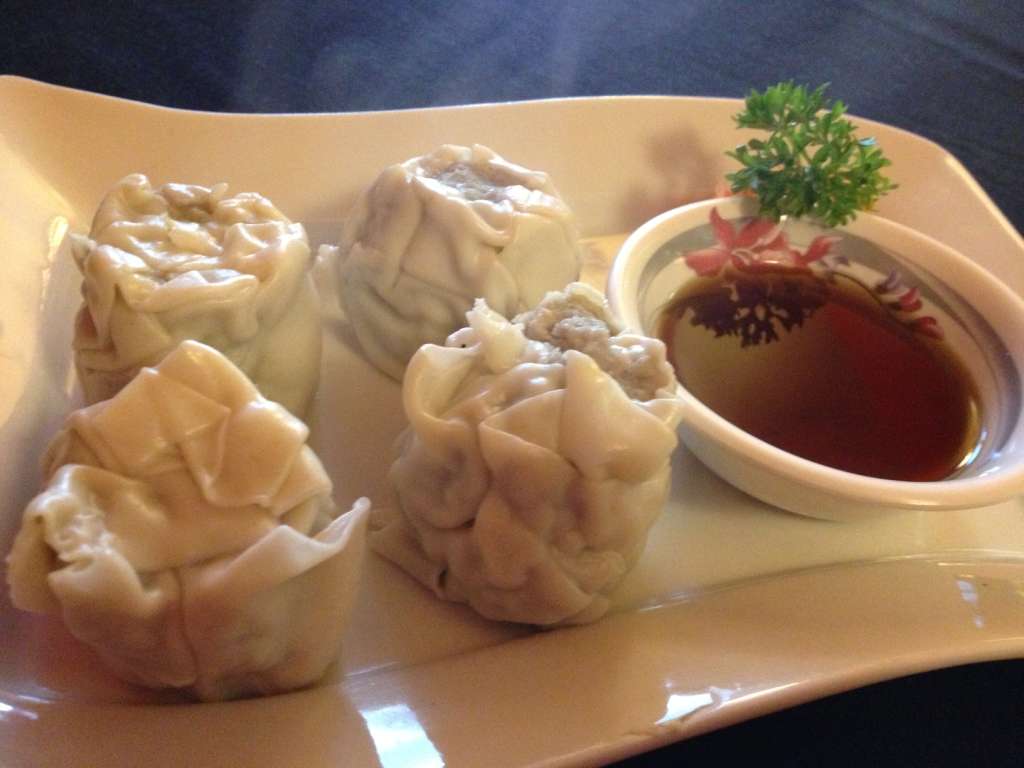 Next I decided to go for some sushi and maki – an order of Yellowtail Nigiri and their Fire Dragon Roll (Eel and Avocado over a Spicy Tuna Roll). The yellowtail was perfect – fresh and wonderfully sliced. And the Fire Dragon Roll was a great combination, and the pieces a nice size (not too big to easily pick up and eat). 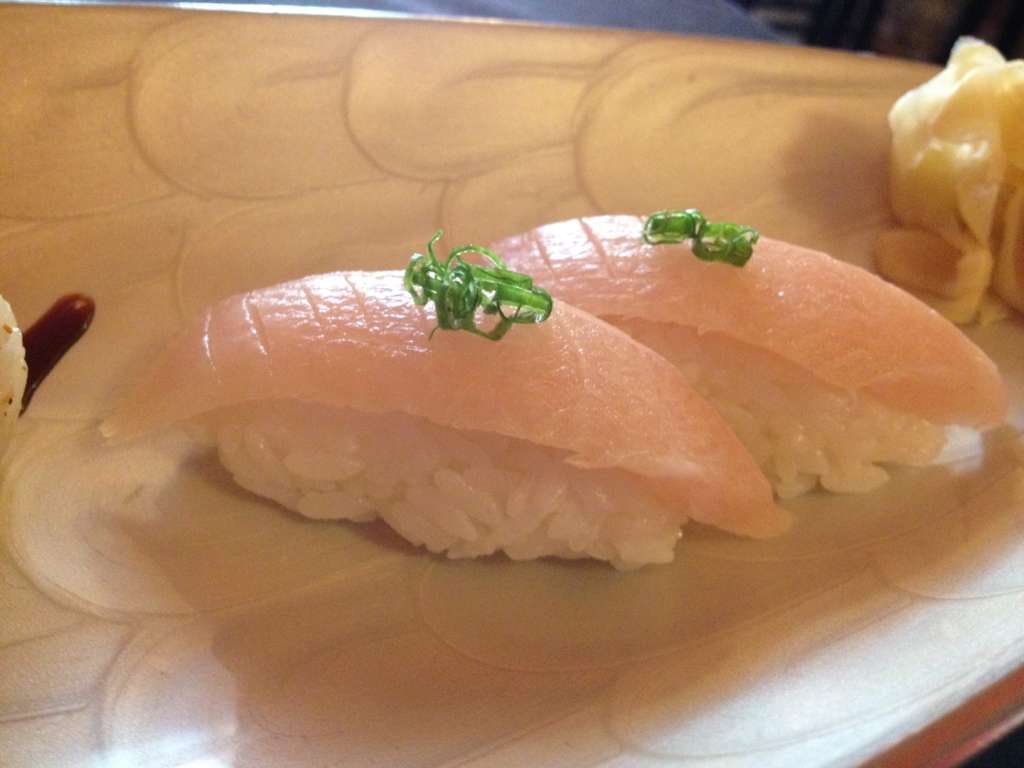 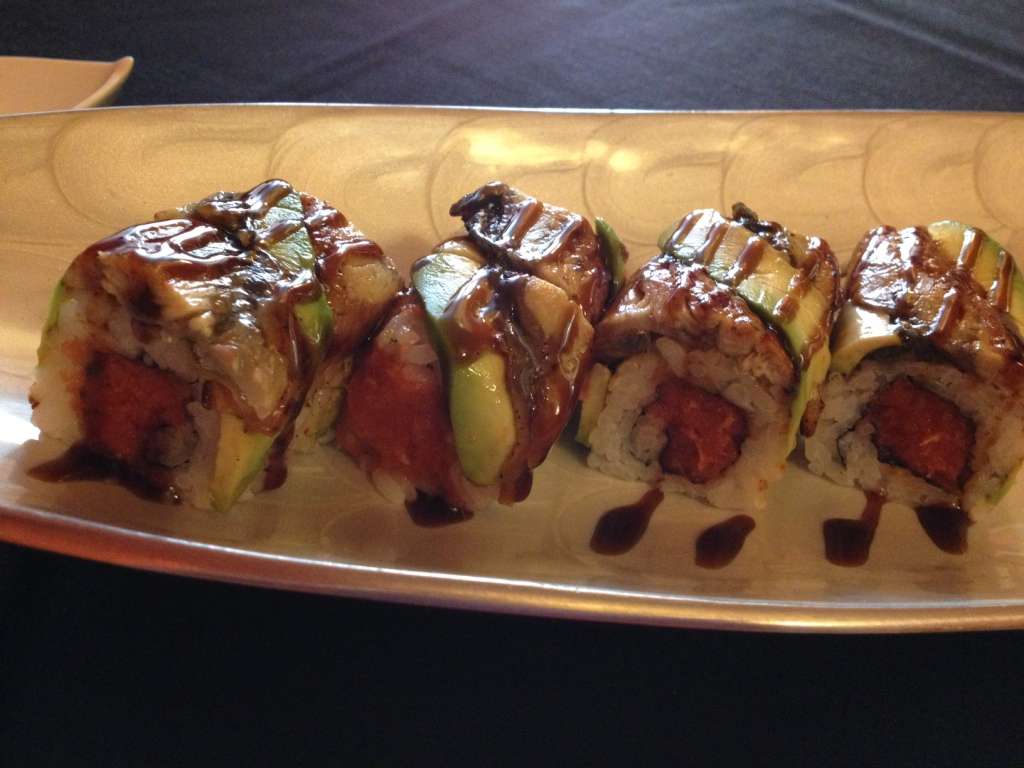 All in all, I can’t think of a single off note in any of the food I’ve tried from Kidari Sushi Yatai and I cannot wait to try more things from their menu. I really hope they do well and that others in the neighborhood will be sure to stop in and give them business. They’re a wonderful addition to the growing assortment of quality restaurants and shops along South Street West, offering great food and friendly, comfortable service.

One Response to First impressions: Kidari Sushi Yatai in Philadelphia