Bull on the Barn Bayshore Crab House in Newport NJ

A few weeks ago the sweetie and I took a Sunday drive down to Fortescue and the surrounding area, wanting to see how the area was (or wasn’t) recovering from Hurricane Sandy. The beach was pretty deserted save for fisherman and the bane of their catch, the local Horseshoe Crabs. Damaged homes lined the beach front area still, and it was an eerie sight passing some still with their Halloween decorations up – a sign of normal life cut abruptly short at the end of last October. 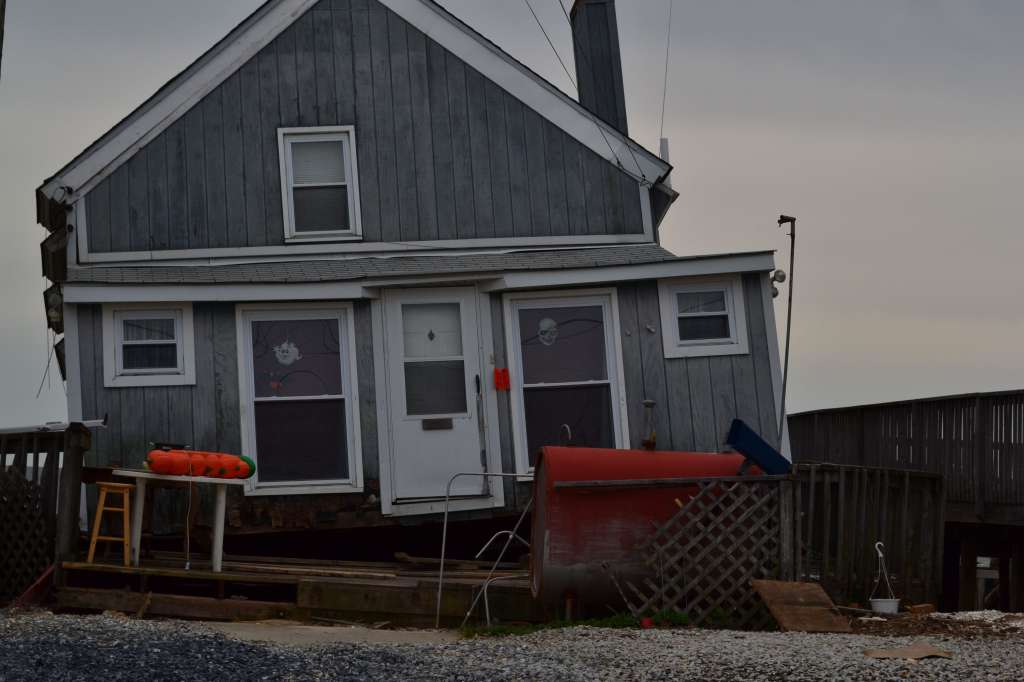 On our drive down we’d passed a curious sight – a red barn with a large bull painted on its exterior. We looked closer on the return trip, as it was around 4pm and we were getting hungry for an early dinner, and found out that it was in fact a restaurant. The aptly named Bull on the Barn Bayshore Crab House in fact! Were they open? It was a little hard to tell from the road, so we pulled in and Dave headed inside to take a peek. The grin on his face when he emerged promised that we’d found something definitely worth checking out. 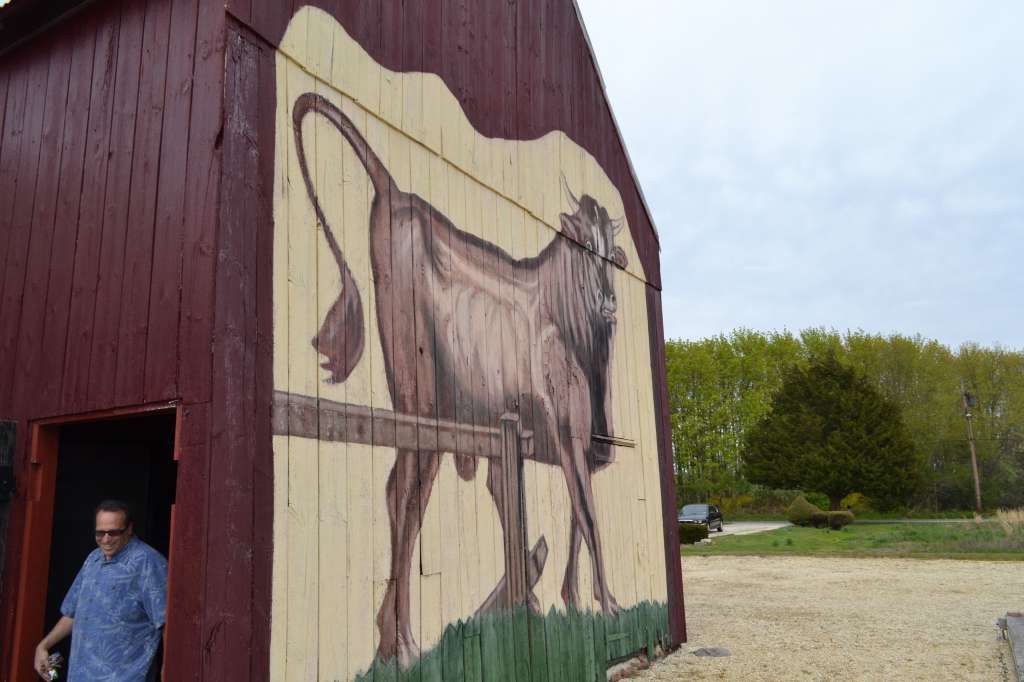 Indeed, we entered and found a delightful and charming little restaurant, the ceilings and walls overflowing with old fishing gear, signage, cans, bottles and whatever else could fit! A screened-in deck allowed for partially “outdoor” dining, but as it was a little cooler now we sat in the small (a few booths and perhaps four tables) “main” dining room. Later we explored and saw they also have two small upstairs rooms for larger parties. 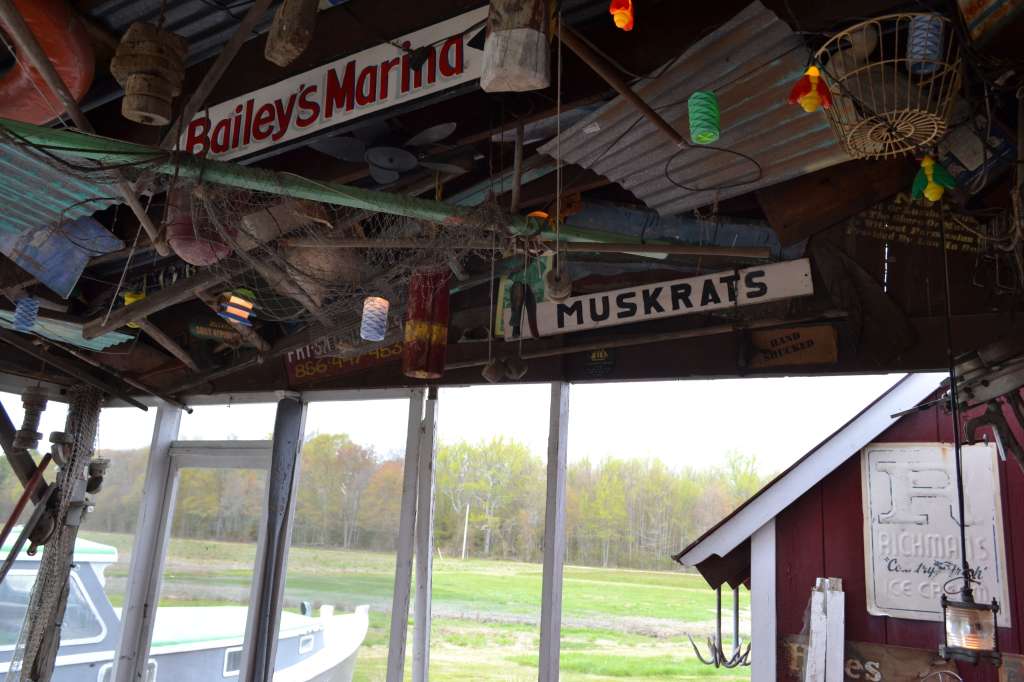 Our waitress brought the menu, which promised a selection of crab house staples: crab cakes, linguine with crab sauce, shrimp stuffed with crab, clams, oysters and more. Although we were told the crabs would be small at this time of year, we opted for a dozen anyway – and appreciated that they were happy to split our order into half Old Bay (which I like), half garlic (Dave’s favorite). We also got an order of oysters on the half shell and some french fries as a side.

How was it all? I’ll let these photos speak for themselves… 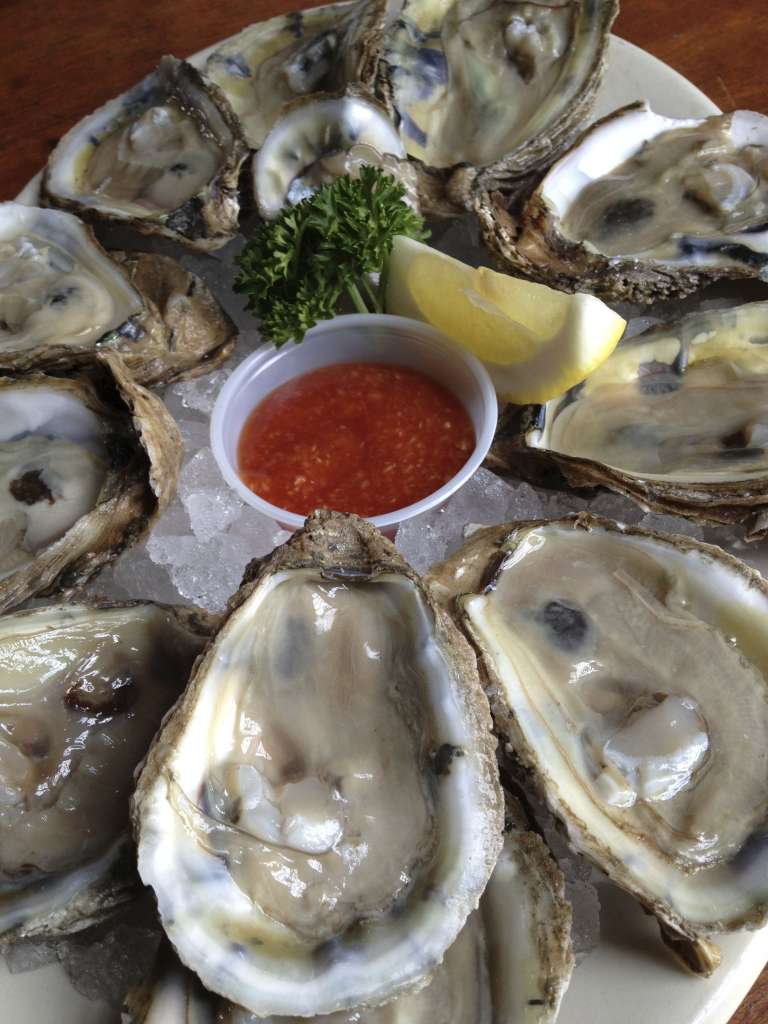 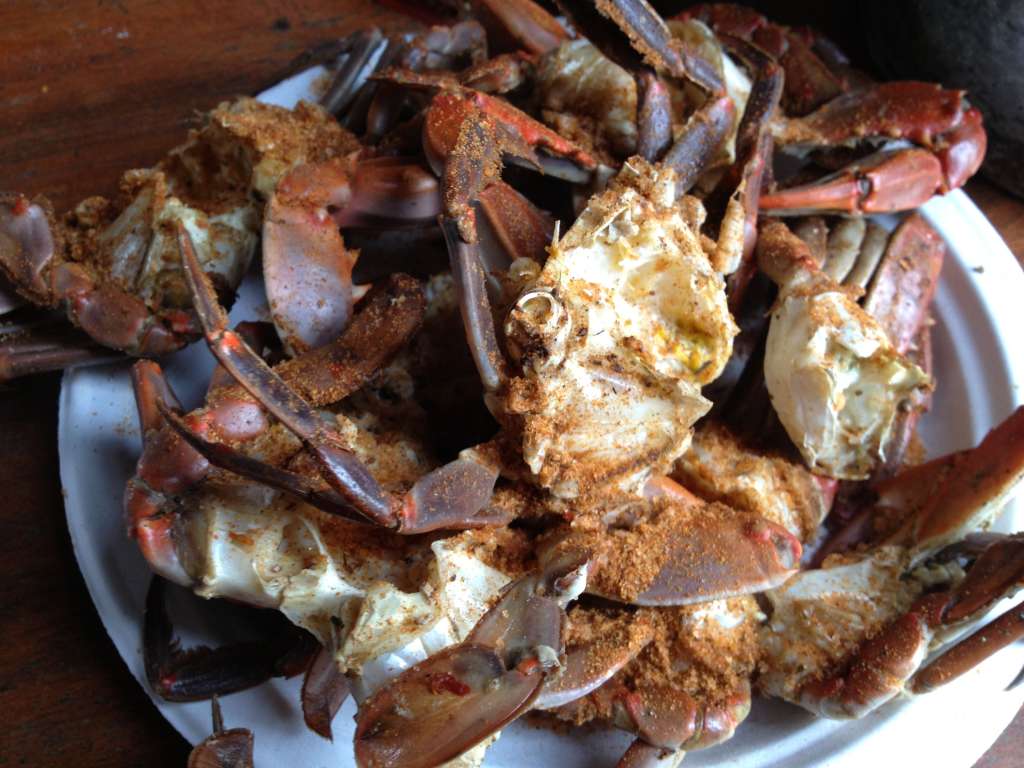 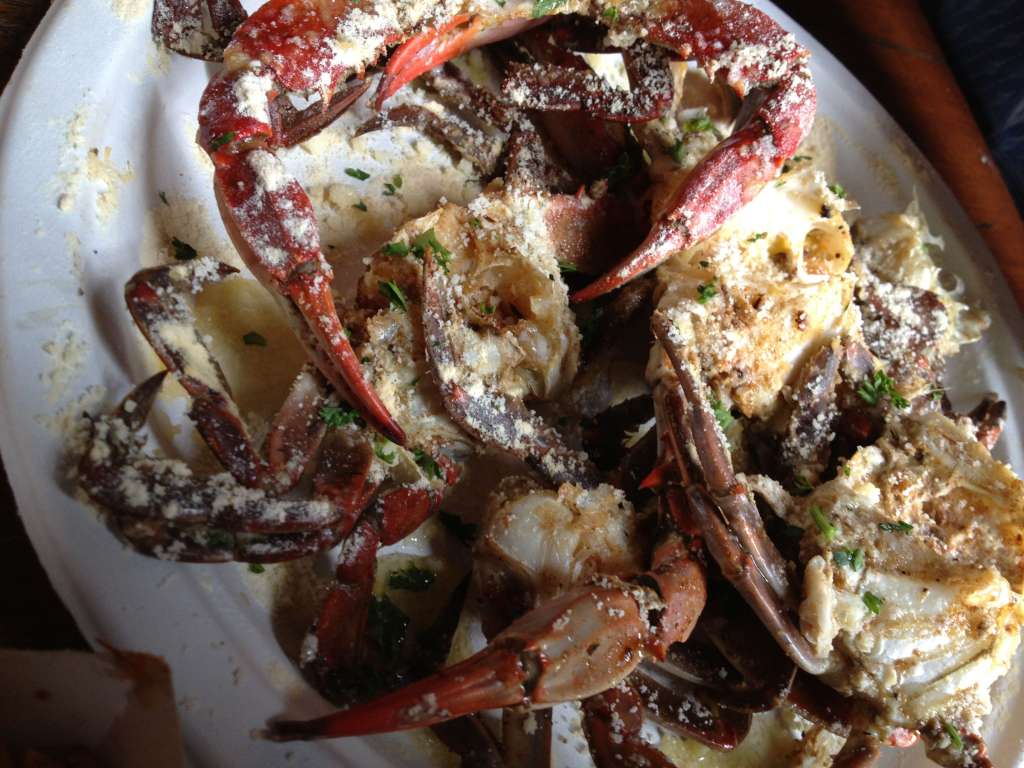 We enjoyed everything, including a shared dessert of chocolate mousse cake. Our total bill was reasonable, in the $50s with all of the above plus two iced teas and two coffees. We’ll definitely return later in the summer when the crabs are bigger and to try more items on the menu. We’ll also remember to bring some cold beer, too, as Bull on the Barn is BYOB.

Bull on the Barn Bayshore Crab House is open Thursdays for dinner, and Friday – Sunday from noon until 9pm, May thru October.