I’m still playing catch-up with this blog after a busy month in February, writing to some challenges on other sites. But a fair amount of that content was coming up with some new recipes, so let me share them here (along with a few cookbook experiments that came out really well in recent weeks…)

I’ve been working my way through the venison in my freezer and came up with two great ways to cook some of my favorite cuts: stew meat and roast. Venison stew meat is quite amenable to many different preparations; I tend to treat it much like beef stew meat and just take in to consideration its leaner properties. So I adapted an Italian beef stew recipe to make my Venison Stew with Red Wine. We were eating it for a few days and it was good through every bite! 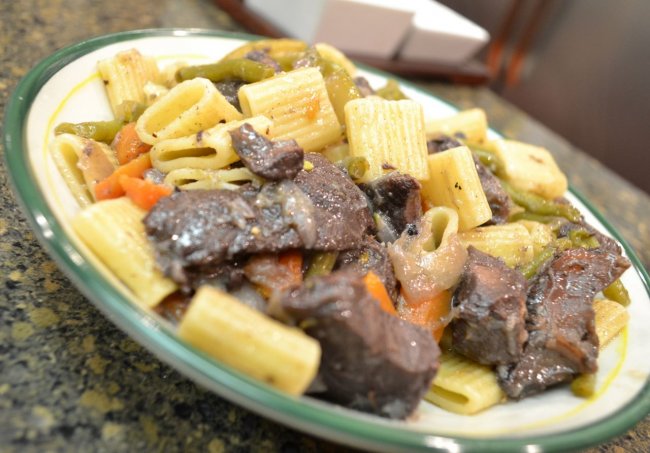 After that, it was time for a roast. I love venison roast in the crock pot because the slow-cooking method really helps keep the meat juicy and tender. And then, adding some of our farm-raised pork bacon and some sweet apples to the mix didn’t hurt either. Served with some baked butternut squash, my Venison Roast with Bacon and Apples was a perfect winter dinner. 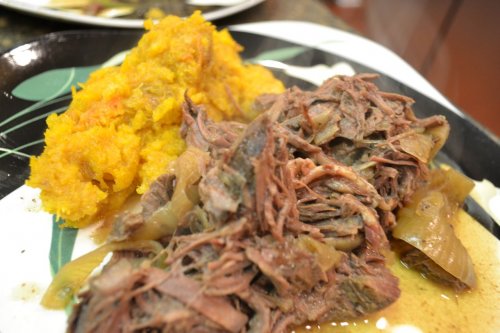 Tuesday and Thursday night meals, I like to make casseroles or stews because my sweetie works really late – I want to be able to serve him something at 9 or 10pm that still tastes as good as it did when I made it to eat myself earlier in the evening. I had some corn tortillas I really needed to use because they were getting a little old…and one of my favorite ways to use ’em up in a case like that is to make a tortilla casserole like my Chicken Tortilla Casserole. I try to jazz mine up by really spicing the chicken pieces first, then deglazing the saute pan with some tequila before combining everything in the oven to bake. While it ain’t necessarily a pretty dish, it sure is tasty – and makes for plenty of leftovers the next day! 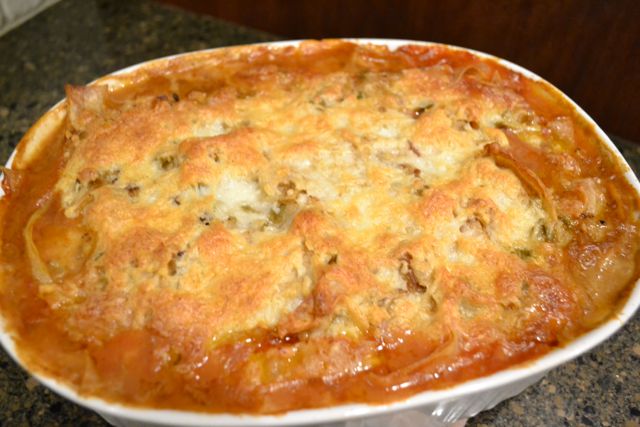 The last new recipe I came up with was a Potato and Kohlrabi Soup, just in time for St. Patrick’s Day! This recipe was really born out of necessity as I was just getting ready to leave for a week’s vacation and had a fridge full of different veggies to cook up first (I hate wasting food!) So I threw in a little bit of everything – while trying to keep to a white and green color scheme – and the sweetie loved it (of course he’s a sucker for soups of almost any kind.) The smoked bacon gave it a real richness that was delicious. 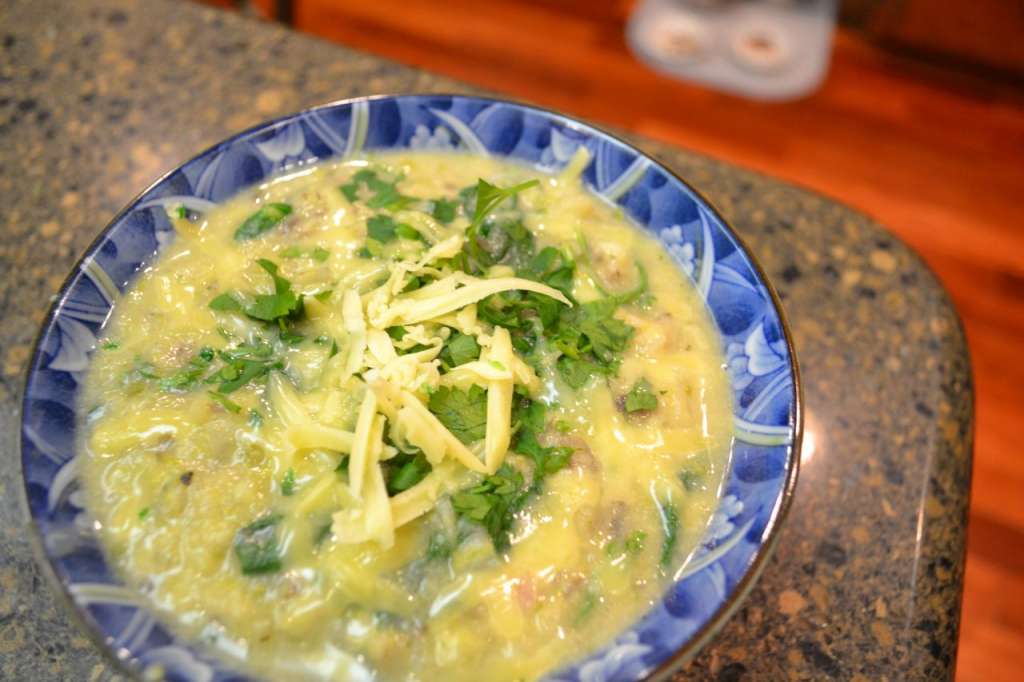 by Levi Roots. I love watching his BBC show when I can catch it on Cooking Channel reruns. Anyway, I tried his recipe for Jamaican Pork Chops (using our own pastured pork of course), with just a few adjustments: I used a fennel bulb instead of celery (since I was out of the latter) and toned down the spiciness just a bit, since the sweetie isn’t always good with Jamaican-hot food. I really loved how this came out and definitely will make it again. 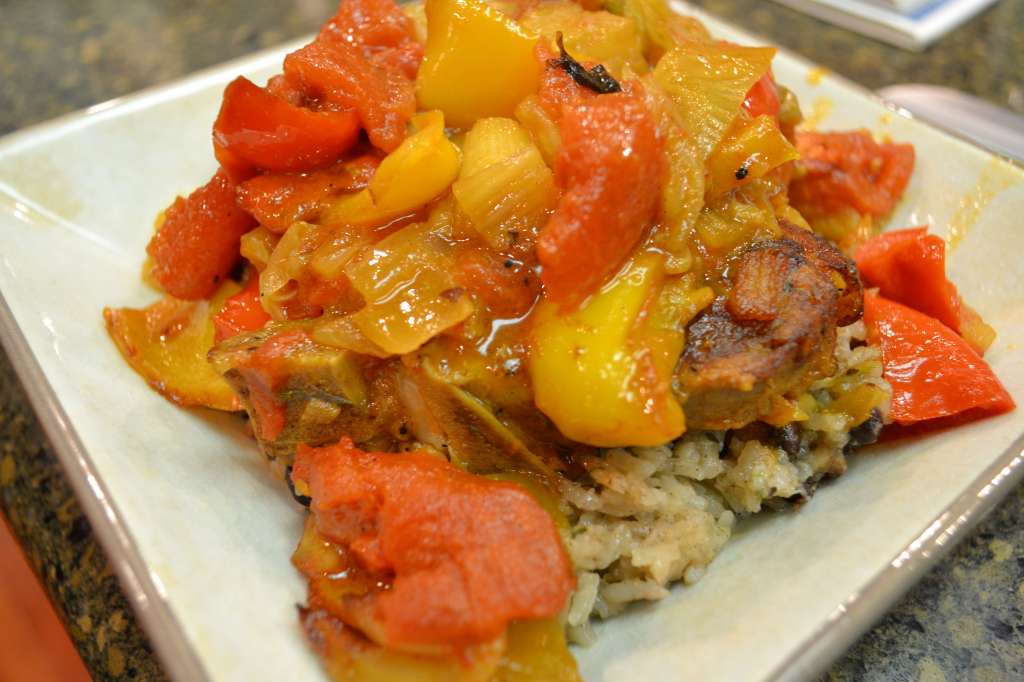 I also went back to one of my tried-and-true favorite cookbooks, The Good-for-You Soups and Stews Cookbook: Over 125 Deliciously Healthful Recipes

by Linda Ferrari. This was another weeknight meal for the sweetie, her “Drunken Chicken Stew” (how could I not try it with a name like that?) It’s “drunken” for the inclusion of whiskey – I used bourbon – AND white wine. I followed the recipe except that I added parsnips and instead of just thickening the soup with seasoned flour, I lightly floured the chicken and browned it that way, more of an Italian approach. This is one I have to definitely make again as it was perfect on a cold winter evening. 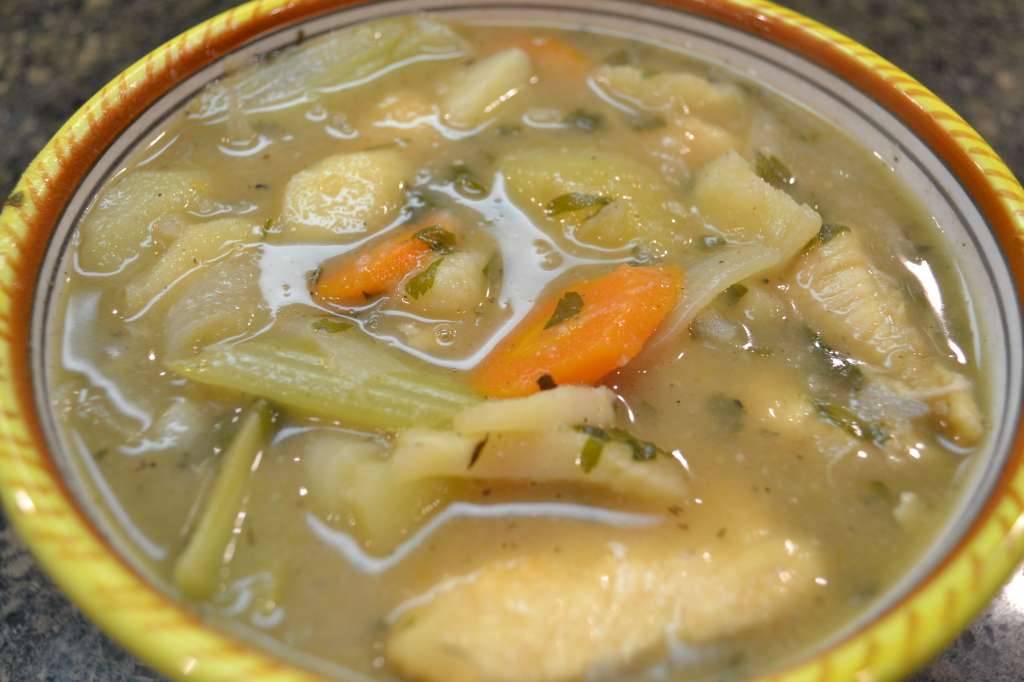 So, those were the most notable experiments and recipes from the past few weeks…now I’ve got to write up my restaurant adventures from the past five days in the Sarasota/St. Petersburg area. We definitely had some great dining experiences that I’m itching to write about…