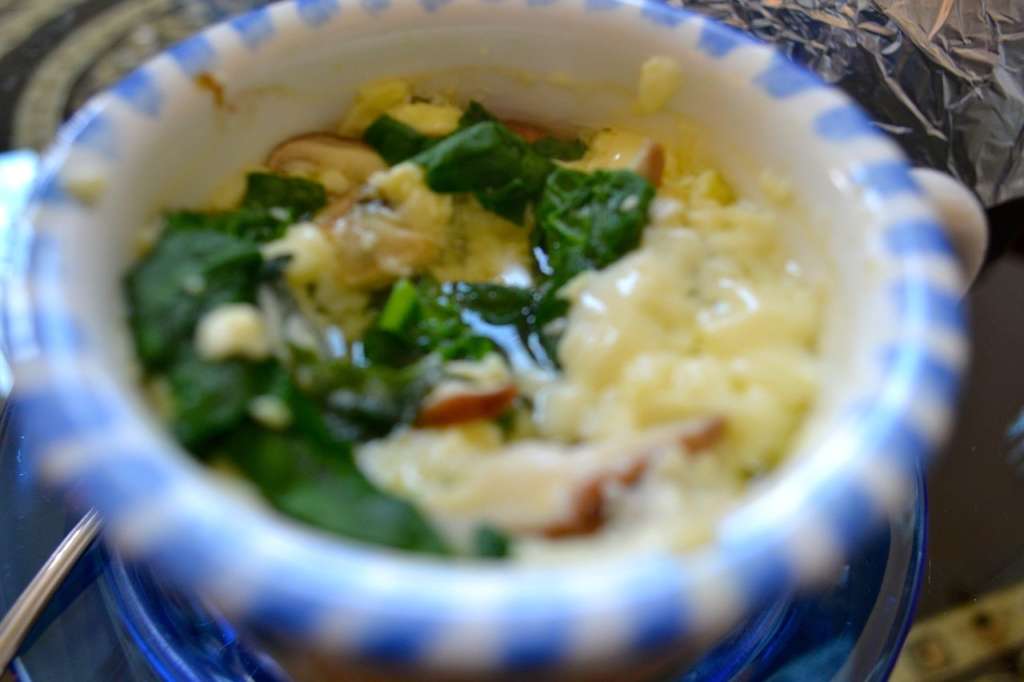 If there is one dish I associate with my childhood more than any other, it is – perhaps quite surprisingly – the Japanese egg custard chawanmushi. I know, I know, what is an Italian/Polish/Dutch kid growing up in rural New York doing eating a traditional Japanese dish?

You see, my grandmother (whom I grew up with) developed a deep passion and interest in exploring world cuisine while I was a child. It was a creative outlet and hobby for her, after years of cooking traditional Polish and German food for my grandfather. With my mother working in New York City, she was able to buy unique cookbooks for my grandmother, featuring cuisine from all around the world: Spain, Mexico, China, Japan. (My grandmother also was an avid listener of a weekly cooking radio show, and won several cookbooks by calling in with the correct answers for different trivia questions. She even got known as “Naughty Nellie” for calling in more than she was supposed to by the radio station rules!) 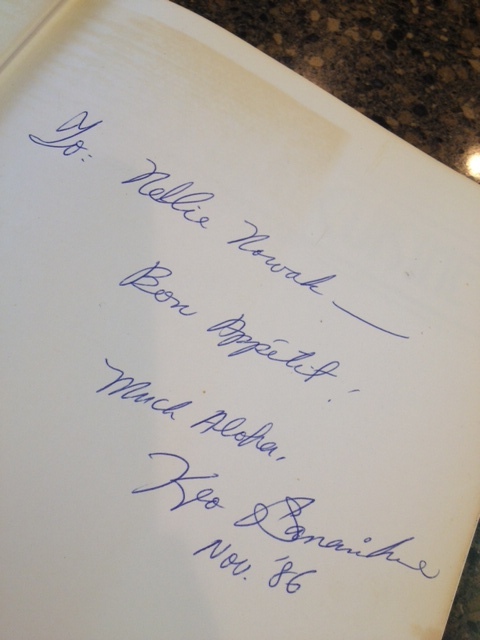 One of my grandmother’s signed cookbooks…

In any event, one such cookbook which my mother bought my grandmother was the Japanese Country Cookbook

– a tiny little book published first in 1969. I already had developed a taste for Japanese food at an early age, from going to sushi restaurants in Manhattan with my mother. This little cookbook, however, introduced me to a whole other kind of Japanese food – traditional sukiyaki, delicious vegetable salads (the sweet/salty taste of many really got me to “eat my vegetables” as a child), and above all chawanmushi.

For some reason I just absolutely adored this simple egg custard. I’m not sure what it is about it that still satisfies me so much: the delicate texture of the steamed egg in a warm broth, the “hidden surprises” of whatever meat, mushrooms and vegetables are “discovered” within. My grandmother often made it with leftover cooked chicken and shrimp, but the possibilities are endless (even if often non-traditional).

It’s not difficult to make, yet for some reason I never have for myself until this past weekend. The weekend before I’d been delighted to discover chawanmushi on the menu at Fuji Restaurant in Haddonfield. The waitress cautioned me it would take 15 minutes or so to prepare, then looked at me with shock when I said that’s fine; I hadn’t had chawanmushi since I was a child and could wait as long as necessary.

Anyway, tasting it again made me determined to finally prepare it at home myself. I did so yesterday, making a simple version with what I had on hand: fresh spinach and shitake mushrooms, seaweed, dashi broth, egg and canned whole clams. Totally traditional? No. Absolutely delicious? Oh yes.

Whisk eggs in a bowl until beaten but not frothy. Combine in broth, salt, seaweed, mushrooms and seafood or chicken.

Pour egg mixture into 3 or 4 cups or mugs which will fit together in a steaming basket. Cover with tight-fitting lids or aluminum foil.

Steam over boiling water for 20 minutes. Remove foil or lids and add spinach to top of custards; re-cover and steam for an additional 5 minutes.

Chawanmushi can be served hot or cold.

This entry was posted in Cooking and tagged chawanmushi, cookbook, egg, japanese food. Bookmark the permalink.

One Response to Chawanmushi…how I love thee…