Life and death on the farm… 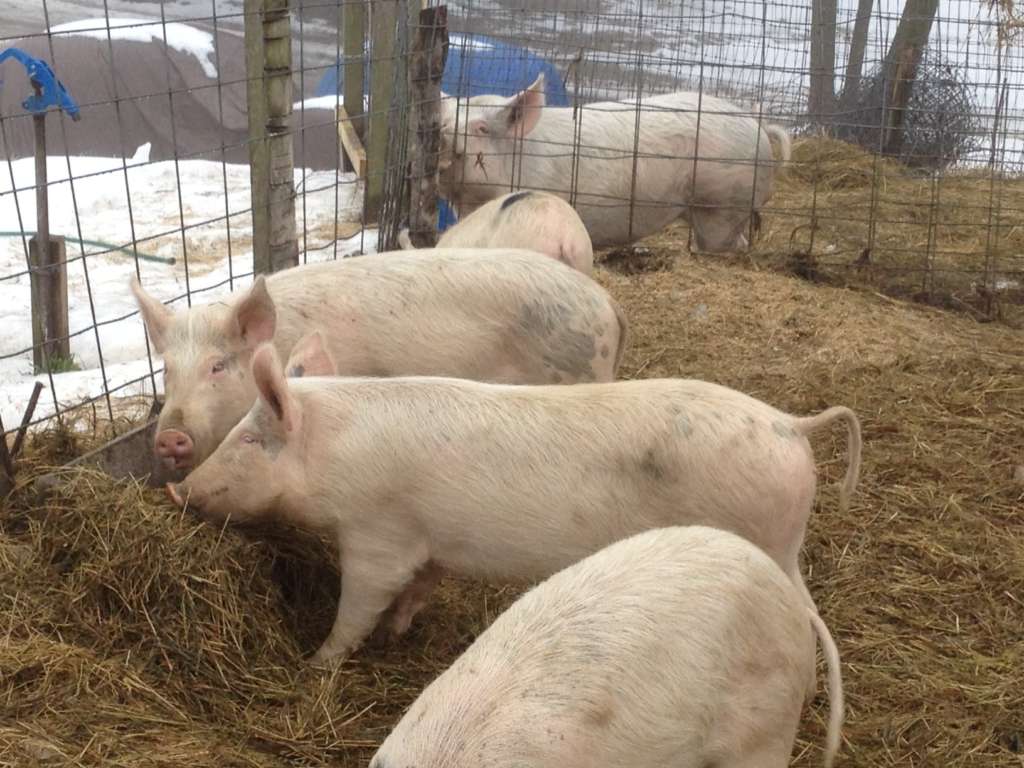 It’s a warm and foggy morning in New York, and I’m standing in several inches of mud and slushy snow giving five happy, healthy young pigs the critical eye. One is sticking her head up over the wire fence to check me out as well, to see if I’ve brought her any treats to eat while the others snort and dig around.

“Are we going to do two or three?”

“That’s up to you ‘n your mom; I’m waiting on mine for another few weeks to fatten her up a bit.”

I think about it for a few minutes; down the hill are another six young pigs that need a little more time to get of size. There are at least six more young ones in the barn that need to get outside in the fresh air soon, and another sow that’s pregnant. We know it’s time to thin the numbers, and market prices aren’t good enough right now to send any of them off to auction. But feed is too expensive to keep them all so it’s time to enjoy some of the good eating for ourselves.

There’s one natural male that’s got to go so he’s the next pick; if he gets any older and bigger the meat could get boar taint and the farm doesn’t need another boar. The biggest female looks of good size, but she’s also got the purest color and appearance so she might be worth hanging on to for breeding in the future. I pick out one of the other females, mid-sized. I say goodbye to the farm manager, who will do the “dirty work” tomorrow with our butcher.

The next day I’m holding the pigs’ hearts and livers in my hands to wash and wrap them for later cooking. Today I’ve got to call the butcher to discuss how we want the meat cut and prepared. They weighed in at just about 100 pounds so it’ll be interesting to see how much yield we get as compared to the 350-400 pound behemoth pigs we’ve butchered previously (which had a lot of fat, true, but were still delicious and have yielded me tons of great home-rendered lard for cooking.)

I know a lot of people get squeamish to think about where their meat comes from. I feel that if you make the conscious decision to eat meat, you should do so with full awareness of the animal which has given its life for your consumption – and to also honor it by wasting as little as possible from its sacrifice. That’s why I’ve become such a proponent of the head-to-tail movement, and why I keep trying to learn to cook more different cuts of meat, how to use offal, and how to save bones and scraps to make stocks and stews. In the few years that my mother’s been running her small family farm my appreciation for animal life has only increased dramatically, and I’m much more conscious of trying to eat as much naturally and ethically-raised meat products as possible. That doesn’t mean I never pick up a cheap pack of chicken breasts on sale at the local ShopRite, but it does mean that if I see a better option available like from a local farmers’ market, I’ll make the decision to shop there instead even if it costs more money.

Maybe you could still say I’m a hypocrite, because I don’t think I could pull the trigger or wield the knife myself. At least not at this point in time. Maybe in the future? I don’t know. It’s not something I’m in any rush to learn, either, as I would rather leave it up to those who are experienced and know how to do it as quickly and humanely as possible. I guess I’ll just live with being that much of a hypocrite…

Speaking of chickens and other fowl things, it was a busy weekend taking care of the chickens and turkeys as well. One of the turkey hens has been doing a marvelous job raising up her five chicks, miraculously not loosing one to the cold weather or a predator. They’re just starting to learn to fly and roost and are a joy to watch. 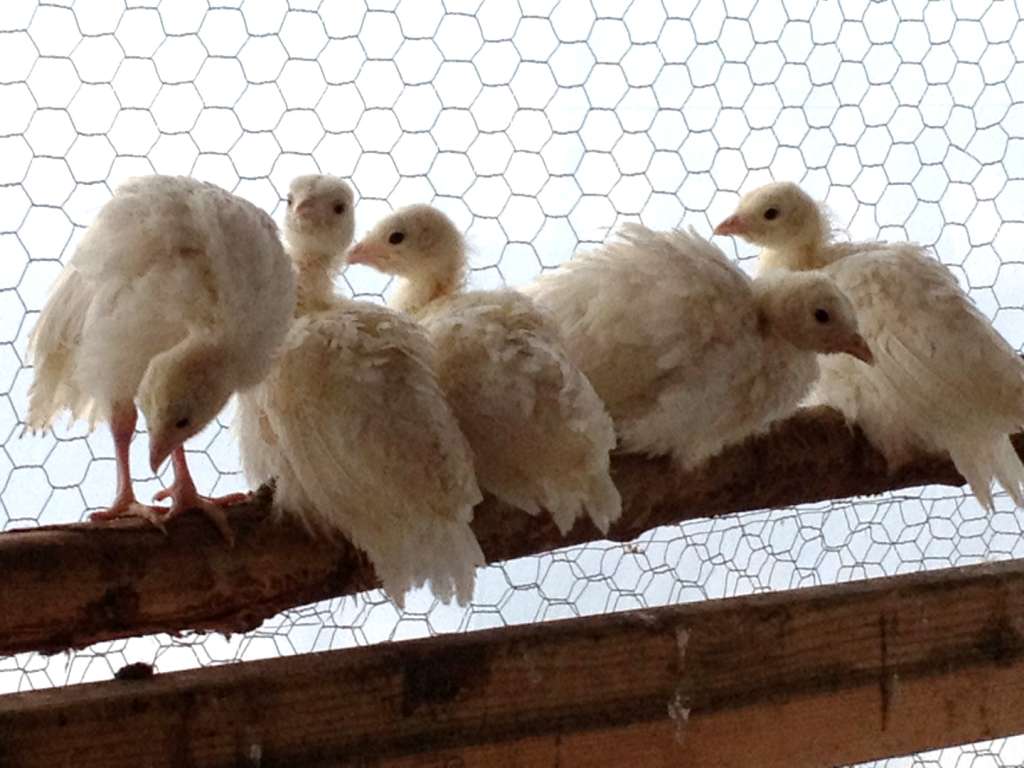 It won’t be too much longer before they’re allowed to start free-ranging outside with the rest of the “family”, but not until we’re sure there’s no disease in the rest of the turkey crew. Sunday morning one of the young Toms suddenly was acting very sick, having trouble walking and showing no interest in eating or drinking. We isolated him and tried to examine him for any visible injuries; the only thing I’m thinking it might be is a breast blister but the worry is always that it could be a nasty disease that could potentially spread through and wipe out the rest of the birds. I’ll have to find out later if he pulled through or if my mom had him put down before he could potentially infect the rest of the flock.

One of the roosters, too, was in distress with bloody claws that might have been caused by fighting off a predator – and of course the hens would not leave his bloody feet alone. We also found him badly infested with chicken lice. So it was two days of treating his feet with antibiotics and then a good dusting to try to kill off the lice…he looked better by the second afternoon so hopefully it won’t be too late for him as well.

Anyway, such was my busy weekend on the farm. Now to start looking up recipes for pig’s heart and liver…

This entry was posted in General and tagged chickens, farming, pigs, turkeys. Bookmark the permalink.