Right before Christmas, my GE Spacemaker XL1800 Microwave – let’s make note that this model was only about 6 years old and top-of-the-line at the time – completely gave up the ghost. It would act like it was running but no longer heat anything, a fault which, upon reading numerous on-line reviews, seemed to be a commonly reported problem with this model after 5-6 years of use. Lovely!

(The irony of my kitchen is that I fell in love with it upon sight when we were house-hunting because every aspect of it had been souped up to the max by the previous owners/builders, and yet the wife apparently didn’t like to cook so it was nearly pristine and unused when we bought it 4 years after being built. Go figure.)

Well, considering it was going to be over $300 to replace the burned-out parts, I decided to go with a GE Cafe model to replace it. I’ve always wanted a convection/microwave combo oven and this one looks perfectly pretty for replacing my old one. Mostly I’m glad to have my over-the-stove light back and ability to heat up some water for tea at night without having to get out the teapot. Oh, so spoiled I am, I know. 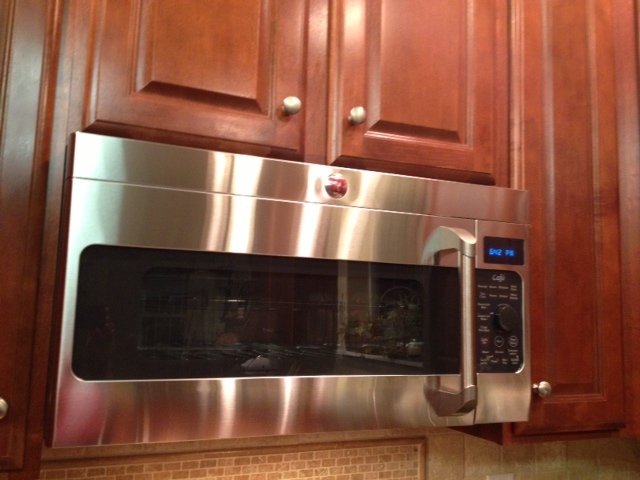 I have been scheming and cooking up a lot of soups and stews the past couple weeks – especially as they are easier than other dishes to quickly reheat on the stove in absence of a working microwave! One I was really pleased with the results on was my Turkey and Chick Pea Chili. I’d picked up some dirt-cheap ground turkey at ShopRite and this was a great way to spice it up AND keep it healthy for my New Year’s goal to lose some weight. Sweetie and I had about 5 or 6 good meals from this one. 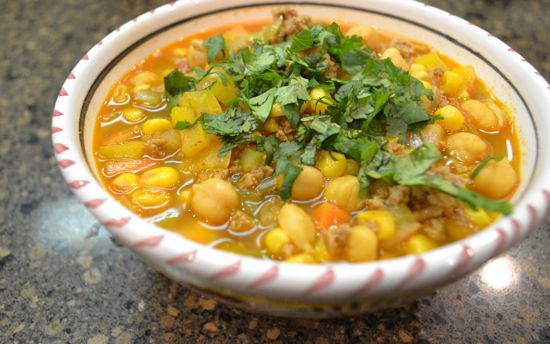 I also made up a soothing and satisfying Parsnip and Turnip Winter Stew over the weekend to use up some root vegetables in my fridge, and to make myself some leftovers for lunch in the week ahead. I’ve really become a turnip fan since growing my own over the summertime, and I liked the bold flavor of how this stew turned out. It’s so easy for vegetable/vegetarian soups to either be totally bland or dominated by heavy spices, so it’s nice to make a stew where the vegetable flavors stand out strong enough on their own, like they do in this recipe. Give it a try this winter, while you’re waiting for those spring and summer crops to come back! 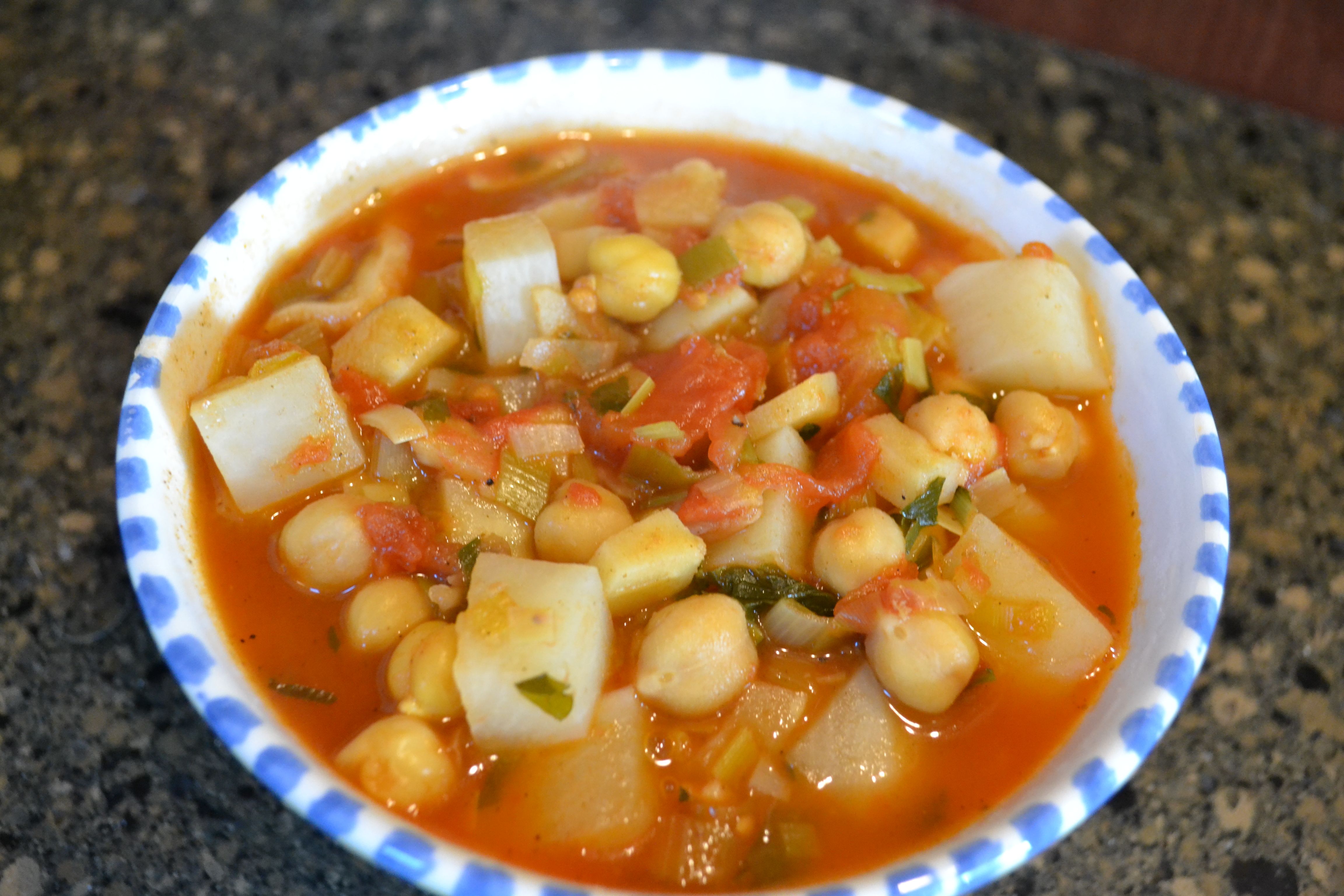