Out with the old, in with the new. I’ve finally found a new blog theme that has all the aspects I liked layout-wise of my old one, plus more ability to customize the colors, styles (and images) used. Let me know what you think, I’m quite fond of it right now after a few hours of tweaking.

I’m moving on and upwards after the computer crash now, and trying to get focused back on writing, cooking – and eating! To celebrate the upcoming 7th anniversary of our first date, the sweetie and I are planning on finally trying out Tavro 13 in Swedesboro tonight – yes, I’ll post a full review soon afterward. There’s been plenty of mixed buzz about the place in the area: some folks are glad to finally see some “Philly quality” fine dining come to this part of South Jersey; others find it “too city” (ie, too expensive) for little old Swedesboro. We’ll soon find out! I actually never got to Fork in Philadelphia while Terence Feury was there, but I’m looking forward to seeing what magic he can potentially bring to an area dominated by diners, “red gravy” Italian and cheap Chinese food. 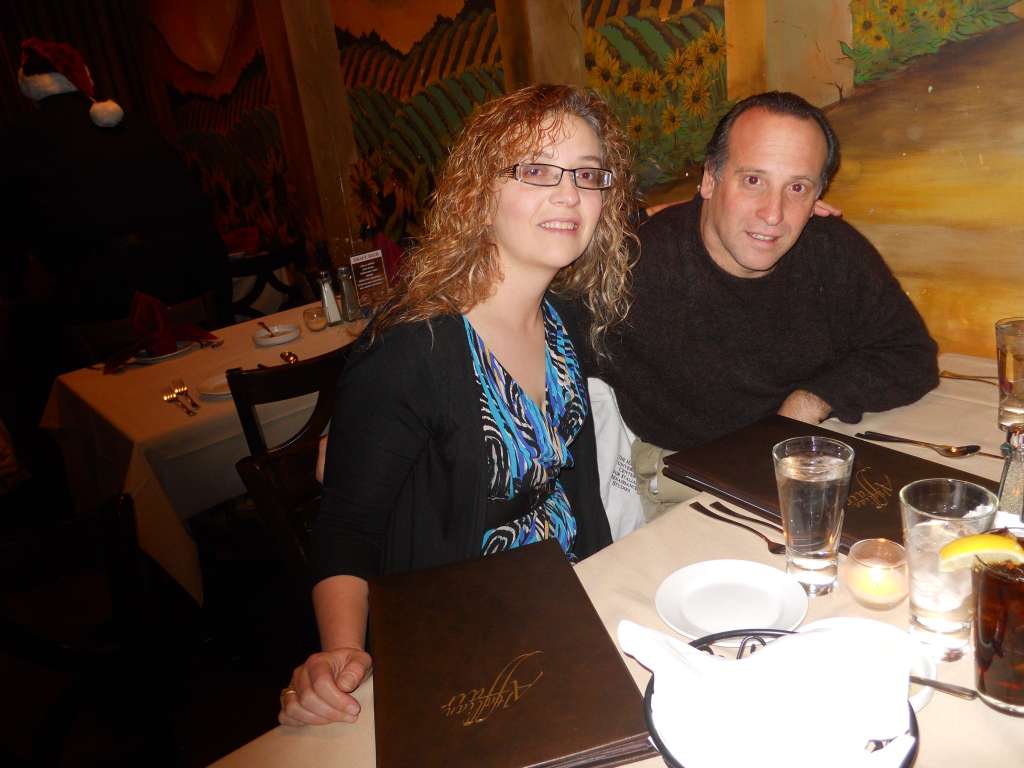 Me and the sweetie this past Christmas Eve – hard to believe it’s 7 years!

One of my New Year’s resolutions (besides updating this blog at least once a week) is to devote more time to exploring my massive collection of cookbooks. I keep saying I’m going to stop buying more but…well, that never happens. I’m just a sucker for bargain book sections and recently at HomeGoods stumbled on a few titles from my “want list” at great prices, including Gordon Ramsay’s Sunday Lunch: 25 Simple Menus to Pamper Family and Friends

. Being such a Ramsay fan from his tv shows, I’m really eager to explore more of his actual recipes and cooking ideas – especially if I’m ever going to try out for MasterChef again! What I like about this cookbook is how it sets up cooking complete 3-course menus, including how to plan for them days in advance, stage cooking the various parts of the menu logically, and of course get you to think about what kinds of menus make a progressive and pleasant taste profile together.

So far I haven’t made any of the complete 3-course menus yet, but I have tried two of the main entrees. The first was the relatively simple – but absolutely delicious – Italian Sausages with Lentils. This came out stunning, especially as I used some of our farm-raised smoked bacon in cooking the lentils, which gave the dish an incredibly rich and complex flavor. The sausages were a Christmas gift from one of my sweetie’s patients, locally made by a great Italian butcher. All in all a fabulous seasonal – and local – meal. 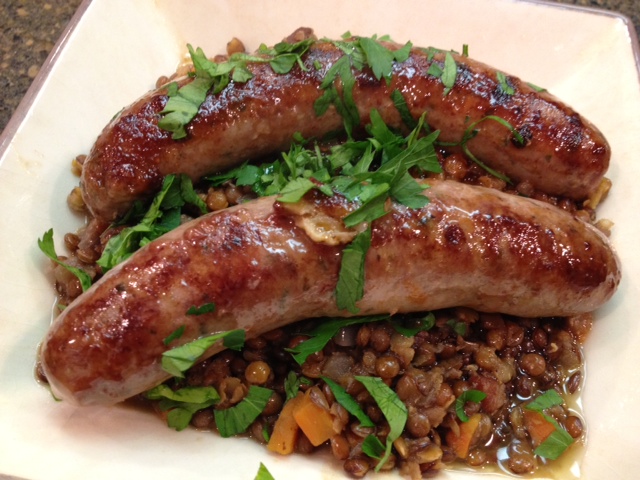 My next dish wasn’t quite so successful, but I think it was because I didn’t have quite the right cut of meat. I’ve just gotten my annual venison allotment (one of my mother’s farmhands always manages to get a deer for us during hunting season) so I really wanted to try Gordon’s Venison with Red Wine & Chocolate Sauce. How could that go wrong? Well, I was using thin-cut venison cutlets instead of his recommended venison fillets, so they cooked too quickly. Typically I find these cutlets are best with at least an overnight marinade and then just flash-cooked on the grill or under the broiler. I also found the chocolate amount suggested by the recipe to be too much – the chocolate overwhelmed the other flavors in the sauce to me and I was using all fine quality ingredients. I don’t think this recipe is a bad idea, but I need to play with the sauce amounts to get it more to my tastes, I think – and also next time try it with a more appropriate cut of venison. Served with some simple boiled red potatoes and braised escarole, however, the meal wasn’t a total failure, just not how I wanted it to come out. 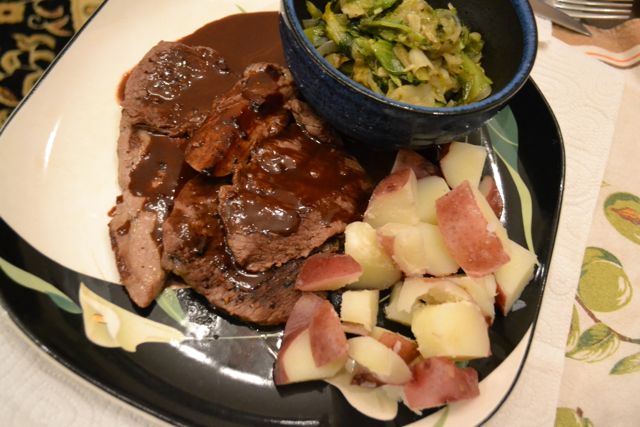 In any event, I look forward to trying out more recipes from this cookbook this year…and I’ll be sure to follow up with both my successes and failures in the process.