It’s been a busy couple of weeks working and being on the road, so I haven’t had the chance to keep up with posting what’s been cooking in my kitchen. So here’s just a quick round up of successes and recommended recipes I’ve enjoyed… 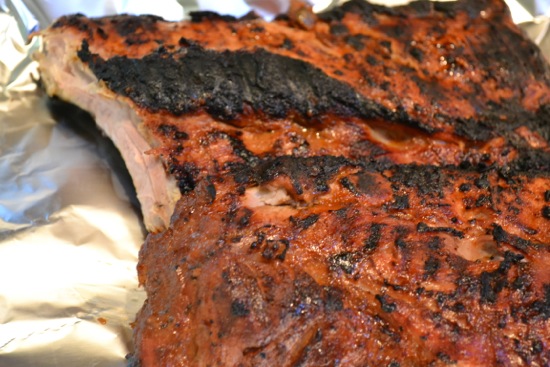 Baby Back Ribs with Coffee-Bourbon Sauce. I followed Emeril’s recipe pretty much to the letter and really enjoyed these. The only comment I might make is that it would be worth making extra marinade/sauce to serve on the side with the cooked ribs. They were flavorful and juicy, but could have used some of that wonderful sauce on the side. 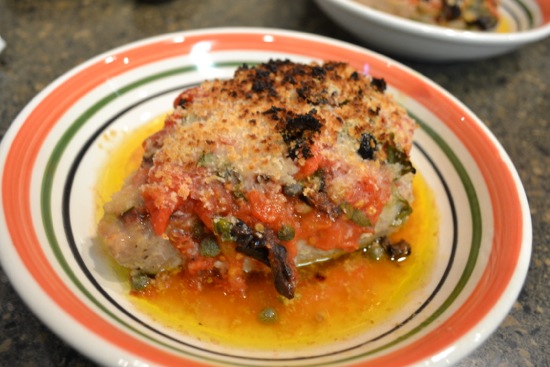 Sicilian-Style Baked Tuna with tomatoes, capers, black olives and basil. While I slightly overbrowned the breadcrumbs at the end, this was one of the first baked tuna dishes of this style I’ve really enjoyed. Often the tuna is overcooked, tough, or overpowered by the sauce, but this came out just right – of course using the tomatoes from my own garden! The recipe came from the book “Fish Food”. 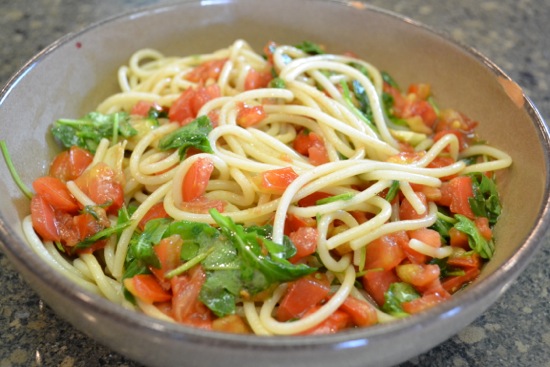 Spaghetti with raw tomato sauce and arugula. The original recipe called for chopped raw garlic, but I have a raw garlic intolerance so I lightly sauteed a crushed clove and then used the oil from that along with some balsamic vinegar, salt and pepper for seasoning. Topped with some fresh baby arugula it was so good for a light and satisfying summer lunch. The recipe came from my pasta “bible”, “Pasta Every Way for Every Day”.

Pan-seared Chilean Sea Bass with Roasted Corn Relish. I followed the spirit of this recipe from The Palm although modifying it somewhat to use a poblano pepper instead of jalapeno, no scallions and adding some lightly sauteed purple beans from my garden. I also lightly dusted the sea bass with flour before searing it to give it a nice crust and finished it off in the pan with some butter – and this was after marinating it briefly with lime juice, olive oil and seasoning. I know that Chilean Sea Bass is controversial and I do feel somewhat guilty buying it (in fact I think this was the first time I ever have to cook at home). But oh my goodness, it is a delicious fish! This recipe came out terrific. I think I will have to allow myself to indulge in preparing it every now and then, no matter what.