“Eat Your Books” – A Unique Search Engine for Cookbooks and Recipes

This website promises to revolutionize the way we use our cookbooks by making it easier to find the recipes we want. How well does it actually deliver on its claims? 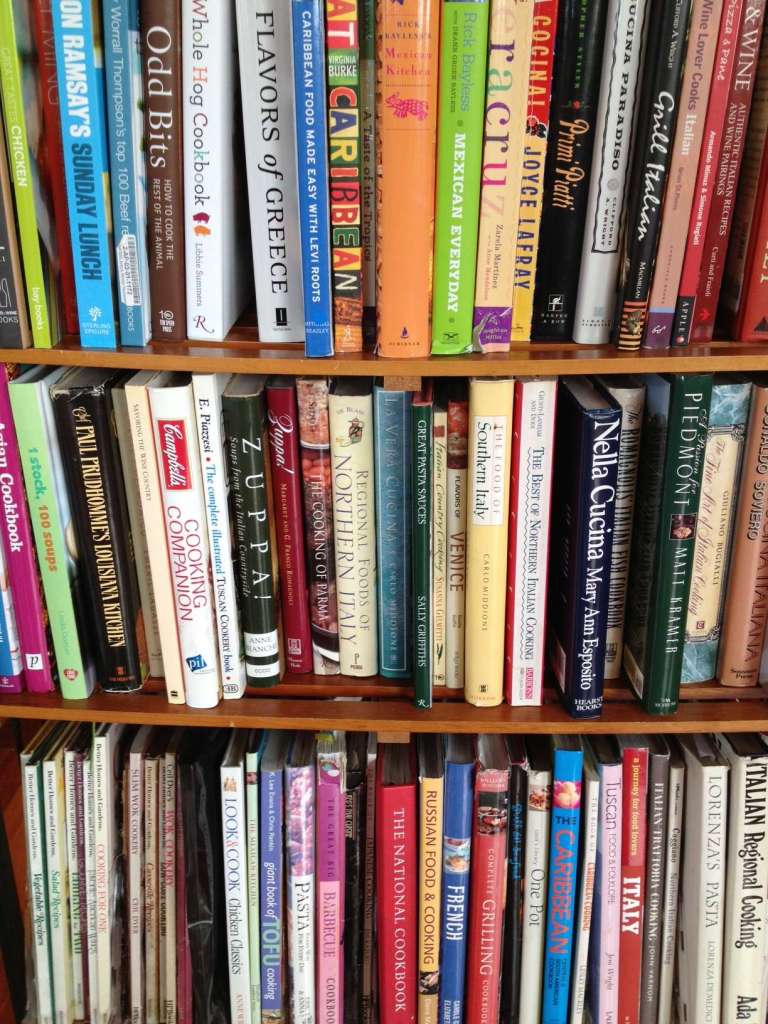 Got cookbooks? I do.

For enthusiastic home chefs overwhelmed by the number of cookbooks in their libraries, “Eat Your Books” might be the best website they could join. This relatively new site, which just moved out of beta-testing into full operation in December 2010, promises to revolutionize the way cookbooks are used. “Eat Your Books” calls itself a “search engine for cookbooks” and allows members to find recipes in the books they already own, as well as potentially discover new books to add to their libraries. While “Eat Your Books” still needs time to build its library of indexed books to truly useful proportions, it holds great promise for the future as a resource no home cook should go without.

How “Eat Your Books” Works

Many cooking enthusiasts frequently encounter a very frustrating situation: You have certain ingredients in your refrigerator or shelves that you’d like to use for dinner, but no idea what to make with them. You have a bookcase overflowing with dozens – if not hundreds – of cookbooks and know there must be a recipe you can use in there somewhere, but have no idea where to begin looking for it. You start going from cookbook to cookbook, searching indexes but not coming up with a recipe you can or want to make. Frustrated after wasting time going through too many books randomly, you give up, go to the Internet, and search for a recipe via google instead.

“Eat Your Books” promises to eliminate this situation and make your cookbooks easily useful again. The site so far consists of a library of over 79,000 cookbooks, with over 1,500 of them currently “indexed” so that the contained recipes are cataloged by main ingredients, course, occasion, nutrition and ethnicity. Subscribers to the site build a personal “library” of the books they own, after which they can search through those books rapidly to find recipes that match their criteria. The recipes themselves are not reprinted on the site, but now that you know what books they are in, you can quickly go to them, read the details and decide upon what to cook.

As an example, the other night I wanted to make a side dish or salad using celery root, which I had never cooked with before so I had no idea where to find a recipe for it. I also had some apples, which I did know were often considered a good match with celery root. Going to the “Eat Your Books” website, I searched for recipes containing both ingredients. Two results were returned to me based on the cookbooks in my library: a Celery Root and Green Apple Salad from “Biba’s Italy,” and a Crab Salad from a Food & Wine annual collection. The main ingredients were listed for each in the search return, and based on this information I decided to make the recipe from “Biba’s Italy.” Were it not for “Eat Your Books” I may never have found this recipe, certainly not so quickly.

Users of “Eat Your Books” can also leave comments on cookbooks as well as individual recipes, which can be read by other users to help them determine which books they may wish to add to their libraries, as well as how good certain recipes are. The site also has a forum where members can connect and talk about cookbooks. In the future “Eat Your Books” additionally plans to begin indexing recipes from cooking magazines.

Subscribing to “Eat Your Books”

Non-paying members of “Eat Your Books” are limited to adding 5 cookbooks to their personal library, which greatly limits the site’s usefulness unless you have a very small cookbook collection. A paying membership costs $2.50 a month, or $25 a year. With a paying membership you can have an unlimited number of books in your library. The membership fee helps cover the operational costs of the site, as well as keep it advertisement-free for all users.

The “Eat Your Books” library

As of January 2011, “Eat Your Books” lists over 79,000 books in their library. Of those, just over 1,500 are fully indexed with generally a new title or two added each day. In the future, “Eat Your Books” promises to open up cookbook indexing to interested subscribing members, so that more books can get added faster to the site’s library. Indexing is done manually, so it is a labor intensive process and currently only “Eat Your Books” paid staff members are doing this work.

How useful a subscriber may currently find “Eat Your Books” depends on the books in his or her personal library. I personally own approximately 150 cookbooks. Of those, 91 come up in the “Eat Your Books” library, but only 14 are actually indexed at this time. The indexed books as of now are largely a mixture of classic volumes such as “Joy of Cooking” and those by popular celebrity chefs such as Rachael Ray, Bobby Flay and Giada De Laurentiis. Members can request that certain titles be pushed up the list for indexing, and if enough people request a title it may get bumped up higher in the indexing queue. Otherwise, those who own more obscure or out-of-print titles may have to wait until user indexing opens up and start adding recipe details themselves.

Even with only approximately 10% of my cookbook library currently indexed on “Eat Your Books,” I have found the site useful and it has enabled me to find recipes to make more easily. I now go immediately to “Eat Your Books” if I am looking to cook certain ingredients or meals, and don’t already have a recipe in mind or know where to find it. I consider the site worth my $2.50 a month, and will likely upgrade to a $25 annual subscription once user indexing is made available.

The future of “Eat Your Books”

“Eat Your Books” has been receiving increasing attention in the press and on “foodie” forums such as Chowhound in recent days. The site certainly promises to provide a very desirable service to home cooks everywhere and no doubt will continue to grow in popularity and usefulness as more people subscribe, and more recipes are added to their index. My one concern is regarding the stability of the site’s database, and if “Eat Your Books” can eventually turn enough profit to keep going in the long run. Internet businesses can be difficult to manage successfully, and by not relying on even supplementary ad revenue, “Eat Your Books” may have a struggle ahead of them to stay financially afloat. While I would be happy to spend considerable time helping with recipe indexing myself, once user indexing is made available, I’d also want reassurance from the site first that data is regularly backed up and archived – and should the site close at some point in the future that members would have a way of permanently saving their data. But these are worries and questions about “Eat Your Books” that only time may be able to answer.

This article was originally published on Associated Content on January 18, 2011.

This entry was posted in Cooking and tagged cookbooks, eat your books, websites. Bookmark the permalink.