Visiting St. Kitts: What is the Best Time of Year? 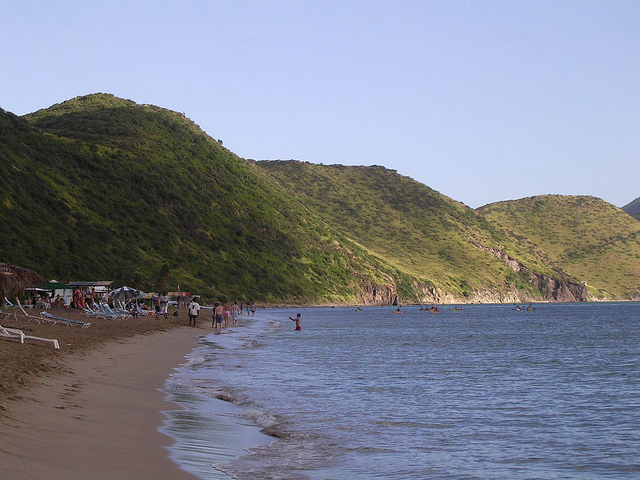 December is a prime time of the year to visit St. Kitts.

Examine budget, weather, and other important factors in determining when to plan your trip.

Planning a vacation trip to St. Kitts? Then you might be wondering what is the best time of year to visit the island. Of course, the cold Winter months are usually when vacationers pine for Caribbean sun and hot beaches, but there are reasons to consider visiting during other times of the year as well. Weather, seasonal hotel pricing, and availability of activities are all factors to consider when planning a tropical getaway. Having visited St. Kitts for over twenty-five years during all seasons, these are my findings on the pros and cons of visiting the island in Spring, Summer, Fall or Winter.

Who wouldn’t want to enjoy warm weather, swimming and sunbathing as a mid-Winter getaway? Certainly St. Kitts has much to offer during the Winter months, with temperatures in the moderate 70s to low 80s, on average, making it warm but not unduly hot. Rainfall is typically at its lowest on island in February as well, making one less likely to lose vacation days to downpours and overcast skies. Resorts are more likely to have daily events such as live music, organized tours, and other activities during the Winter as well, as their rooms are full and they have more guests to keep entertained.

That said, there are factors to consider such as the higher prices of traveling “in season.” Hotel and rental apartment rates are typically at their highest on St. Kitts from mid-December until mid-April, so you could easily be paying 20-30% more for your room than if traveling out of season. Some hotels charge an even higher rate during the weeks around Christmas through the New Year’s, when St. Kitts celebrates its annual Carnival. Also, for those looking to get away in peace and quiet, the Winter months may not be the best choice due to bigger crowds on the beaches, frequent stops by cruise ships, and other potential inconveniences. For those who love to swim, the water is cooler in the Winter as well, so early morning or late-afternoon dips in the ocean can be a bit chilly.

Springtime is still considered high season on St. Kitts until mid-April. March, April and May generally continue to have low rainfall and moderate temperatures, although by May daily highs may start heading into the upper 80s and rainfall can begin to increase. I have visited St. Kitts during May and lost several days to heavy, constant rain, so it is difficult to predict the weather entirely. In Spring I have also, in the past, encountered different currents on the Caribbean-side beaches resulting in large seaweed drifts that made ocean swimming less pleasant. Also important to remember is that Easter is a major holiday on the island, so if traveling to St. Kitts around that time of year expect lots of business closings all through Easter week.

People don’t normally think of traveling to Caribbean islands like St. Kitts during the summertime as it is hot enough at home. Even so, there are reasons why Summer in St. Kitts can be quite attractive. Hotel rates are low, as it is considered “off-season.” Crowds are smaller around the island, with cruise ships docking less frequently and hotels often half- to mostly-empty. Therefore if you like true serenity, and having beaches and pools mostly to yourself, Summer can be a great time to visit St. Kitts.

That said, it is important to note that the Summer weather on St. Kitts can be quite hot – averaging in the high-80s to low-90s. Avoiding the mid-day heat and sun can be extremely advisable, but the ocean water is often warm enough to swim comfortably in early morning and also early evening. Hotels may feature less entertainment and special activities with fewer tourist to keep busy, and tours such as rainforest hikes, snorkeling trips and catamaran sails may be harder to book. There are two major events during the Summer which can make for St. Kitts vacation fun, including the St. Kitts Music Festival which takes place annually in late June. Also of note is sister island Nevis’ Summer Carnival, Culturama, which takes place in late July through early August. If booking travel around those events, however, be sure to book them early as hotels fill up extremely fast, especially for the Music Festival. 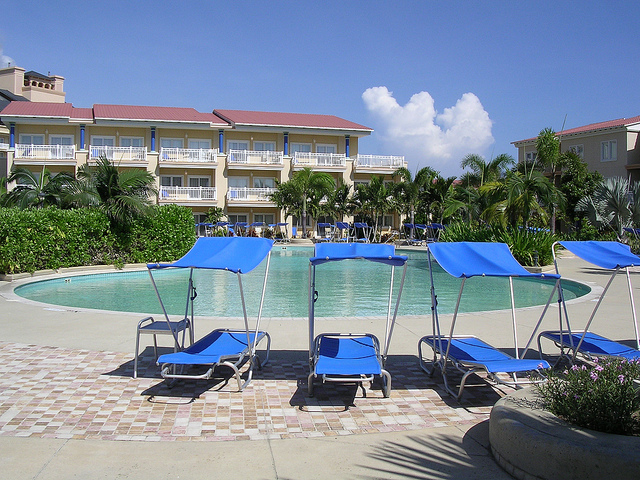 Travel off season and it can feel like you have an entire resort to yourself.

The Fall months of September, October and November present a mixed bag for tourists planning a trip to St. Kitts. Of primary concern is that these months present the peak of activity during hurricane season, so there is a degree of risk and uncertainty involved in traveling to the Caribbean at that time. Even if St. Kitts doesn’t get directly hit by a hurricane, your flights could be delayed or cancelled because of hurricane activity elsewhere in the Caribbean. I have had this happen on several trips taken to the island during these months. Also, many businesses, including restaurants, tour operators, and some resorts, close for vacation themselves during this time period as there are not enough tourists to justify staying open.

However, if you are willing to take some chances, you can generally score great deals on airfare and hotel rooms during this time period. The hotels that stay open often offer special deals during these months to entice visitors to come to St. Kitts, so you could save significantly on your vacation by traveling at this time. Keep in mind the risks, though, and also consider that temperatures and rainfall are at their annual highs during these months.

There is no one time of the year that is the best time for everyone to visit St. Kitts. Budget-minder travelers who want peace and quiet and don’t mind the heat may do best visiting in the Summer or Fall. Those who want activity and to get away from cold weather, and don’t mind paying higher prices, are likely best sticking to the Winter or early Spring. Each season on St. Kitts presents unique experiences and a different taste of island life.

This entry was posted in St. Kitts and Nevis and tagged caribbean travel, st. kitts. Bookmark the permalink.