Devon Seafood Grill in Philadelphia, Pennsylvania has been a popular Rittenhouse Square destination for fine dining in a posh atmosphere for many years. This seafood restaurant came to Philly in the 1990s as the area began to see tremendous revitalization with new shopping and dining establishments. Previously the space had been home to a Houlihan’s, not exactly the best use of a prime Center City restaurant location.  While still a chain—Devon has four locations nationwide—this restaurant has become extremely popular with those looking for a quality seafood lunch or dinner, a chance to people-watch the traffic around the Square, and also an upscale bar scene.

Entering Devon Seafood Grill, diners may be given a choice of seating either in the front section near the bar, outside if the weather is good, or inside the main dining room. The bar area is typically noisy and crowded, but many tables face the street and provide the chance to people-watch through the large windows while staying cool indoors. Past the bar and down a few steps, one enters the spacious main dining room, where tiled floors, cushiony booths, and a high vaulted ceiling create a luxurious atmosphere. Reservations are recommended, especially on weekend evenings when the restaurant is extremely popular. If there is a wait for your table, enjoy a well-prepared drink at the bar. An Old Fashioned is prepared expertly by the efficient bar staff, and they are known for their signature martinis.

Upon being seated, diners at Devon Seafood Grill are presented with a lengthy wine list, as well as their fresh fish selections of the day. Devon regularly showcases wines from a specific vinter at special prices, recently spotlighting selections from J. Lohr. Their regular wine menu emphasizes California chardonnays and red wines, as well as some French, New Zealand and South American selections. Prices per bottle range $29-225, with many selections in the $30-50 range. Wine “flights” are offered as well as selections by the glass from $7.50-13. 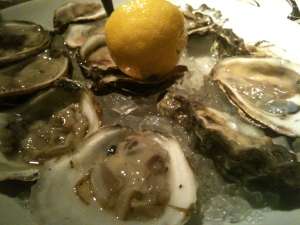 Make sure not to pass up on Devon’s famous sweet biscuits, a buttery and rich way to start off your meal while sipping your cocktail or wine and browsing the rest of the menu. For an appetizer, consider a selection of the day’s fresh oysters. Typically four different varieties are offered such as Chesapeake Bay Bluepoints or Maryland Chop Tank Sweets. Other starter choices include Tuna Tartare, Steamed Littleneck Clams, a traditional Shrimp Cocktail or Coconut Green Curry Mussels. Soup favorites such as New England Clam Chowder and a Spicy Creole Gumbo are available. Starters range from $6.50 for soups to $39 for a Cold Seafood Platter to serve 3-5 people.

For entrees, a number of signature dishes are offered nightly such as a San Francisco Style Cioppino, Jumbo Lump Crab Cakes, and Scallops with Crispy Short-ribs. A nightly selection of fish is also offered simply grilled with a choice of sides such as lemon-asparagus risotto, lobster mac n’ cheese, and seasonal vegetables. Devon Seafood Grill also offers a number of options for “Landlubbers,” such as a Blackened Chicken Penne, a selection of steaks, and various sandwiches at lunchtime. 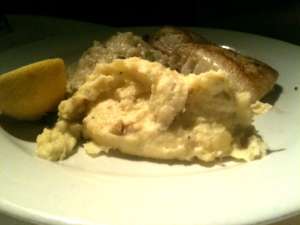 On a recent visit, after making our way through a dozen delicious and perfectly shucked oysters, my companion and I tried two of the day’s fresh fish selections. He tried the  Seared Hawaiian Opah or “Moonfish” ($27.95), while I had Seared Yellowfin Tuna ($27.95). My tuna was an immense steak cut of beautifully fresh fish, perfectly seared to my request (still cool and completely rare inside, crisply grilled on the outside.) My only complaint was that the spices used to crust the fish were just slightly on the overly-salty side. With whipped sweet potatoes and grilled asparagus, it made for an amazingly filling meal. The Opah was delicious as well, a lighter white fish which we ordered with the Yukon Gold potatoes and risotto so we could try all side dishes. 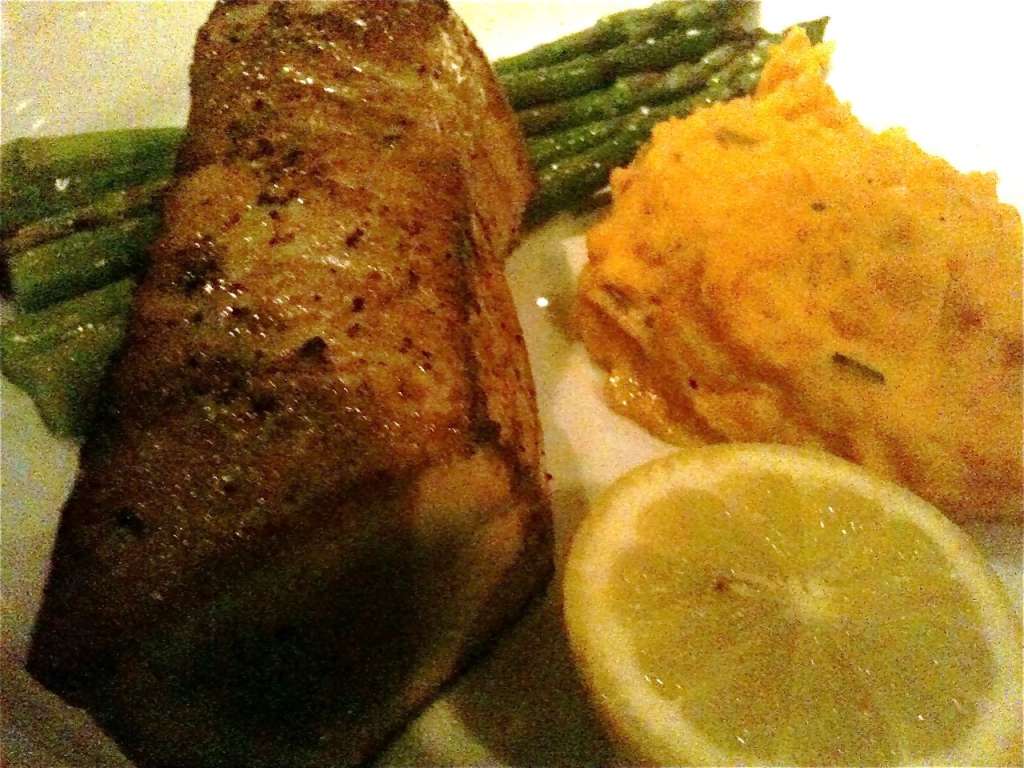 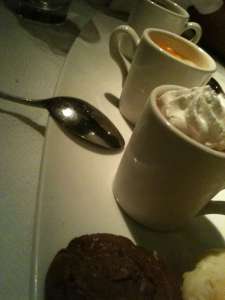 It’s always advisable to save room for at least a shared dessert at Devon Seafood Grill. Few desserts beat their Warm Ghiradelli Chocolate Cake, which is served with a heated center, creme anglaise, raspberry sauce, almond tuile cup, vanilla ice cream and a hazelnut cookie—all for $7.00. For a change, however, this time we tried a trio of panna cottas, served in small espresso cups. The orange was our favorite, and our only complaint to our waitress about the dish was it needs to be served with smaller spoons to best fit in the cups.

Dinner at Devon Seafood Grill is not an inexpensive experience. A bottle of wine, a dozen oysters, two entrees and a shared dessert can easily set one back $120-150 before tip. Consistency and quality of service can vary a bit more than I would like to see at such an upscale, pricey establishment. Some servers are wonderfully knowledgeable and efficient. At others times, I have experienced unusually long waits for menus and drinks, as well as incorrect orders. Nevertheless, Devon is a place I do enjoy visiting for a quality seafood dinner in Philadelphia several times a year. Joining their mailing list is advisable, as doing so will earn you a coupon good for a free entree (up to $25) during the month of your birthday.